by RE
in Conspiracy, Illuminati
0

List of famous people killed by the Illuminati, with information about of each death and sacrifice. The Illuminati is a secret society that is rumored to control all world events.

The Illuminati and members of their organization are especially influential in the entertainment industry. It is alleged that members must make a blood sacrifice to the clan in order to gain fame and reach higher ranks.

Many famous people have allegedly been killed by the Illuminati for failure to comply with the plan. Still others were killed as part of one of these Illuminati blood sacrifices and for the greater good of the organization. 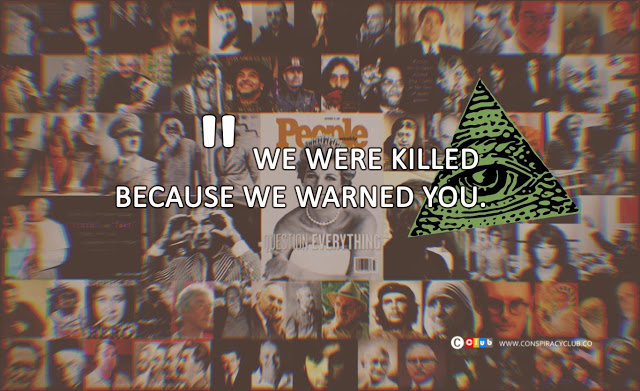 These Illuminati sacrifices are very hard to prove, so we will present the facts and it will be up to you whether you want to believe them or not. 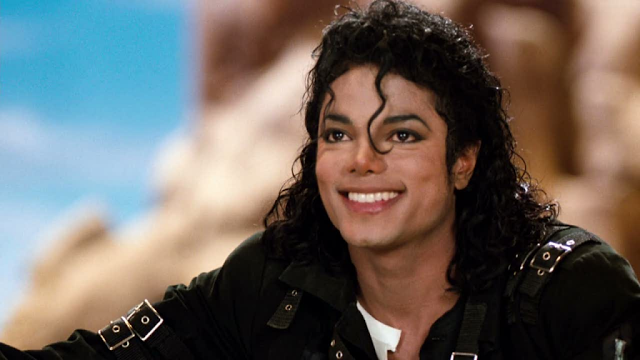 Michael Jackson died on June 25, 2009, just days before his comeback concerts were scheduled to take place in London. Jackson is thought to have been a member of the Illuminati until he started speaking out against them.

Before his death, Jackson began to speak out against the powers that be and their need to control everything in the music industry. He also stated that there was a conspiracy to defame him by labeling him a “freak” and a “child-molester.”

Michael’s sister La Toya Jackson said that her brother frequently talked about how “they were trying to kill him.” 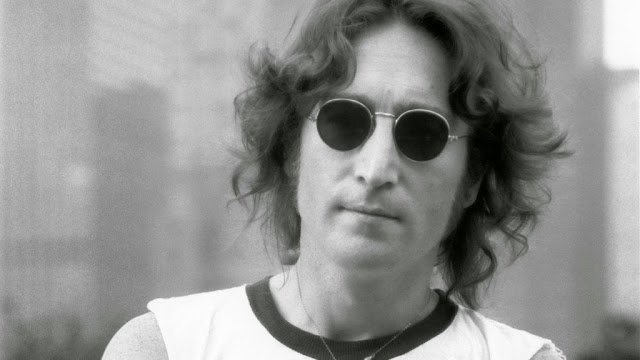 John Lennon was seen as a threat to many people in power. The INS even attempted to deport him, and the FBI had him under surveillance.

Lennon frequently spoke out against the evils of industry, and it is believed that his assassin Mark David Chapman was under Illuminati mind control when he killed John Lennon. 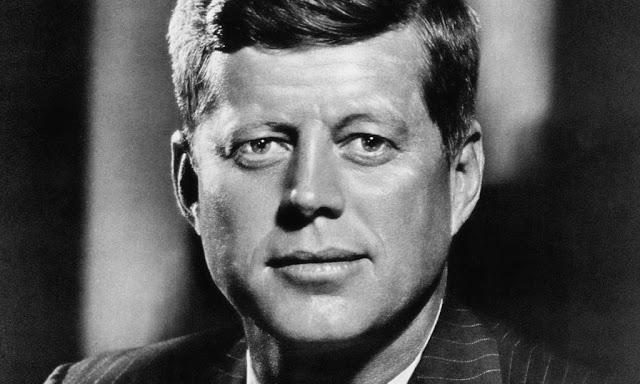 It is believed that John F. Kennedy was previously working with the Illuminati. When he began to resist, the Illuminati orchestrated his assassination .

John F. Kennedy was killed on November 22, 1963, and his assassination has been the subject of many conspiracy theories for decades. 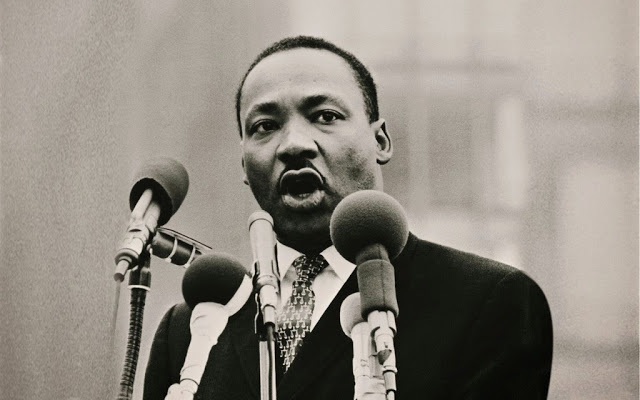 Martin Luther King, Jr. was seen as a great threat to the Illuminati as he was a very influential man.

When he began speaking out against the Vietnam war, which had great financial benefits for many corporations, the Illuminati orchestrated a scenario in which it would be easy for King to be killed. 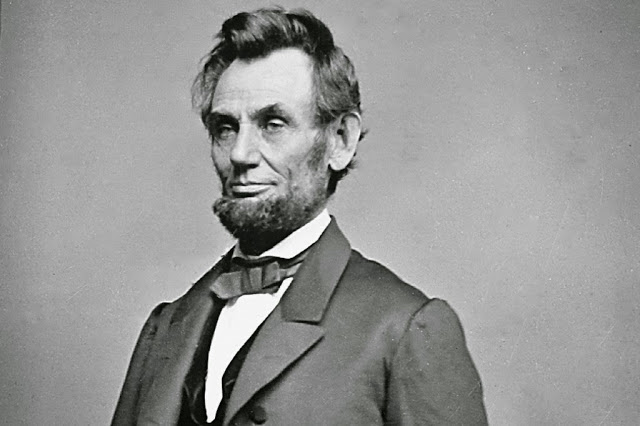 Abraham Lincoln saw big business and corporations as a big threat to him and the Southern Confederacy. The Illuminati planned Lincoln’s assassination to stop him from speaking out against them, and it was carried out on April 15, 1865.

Lincoln had been quoted as saying:

“The money powers prey upon the nation in times of peace and conspire against it in times of adversity. The banking powers are more despotic than a monarchy, more insolent than autocracy, more selfish than bureaucracy. They denounce as public enemies all who question their methods or throw light upon their crimes.” 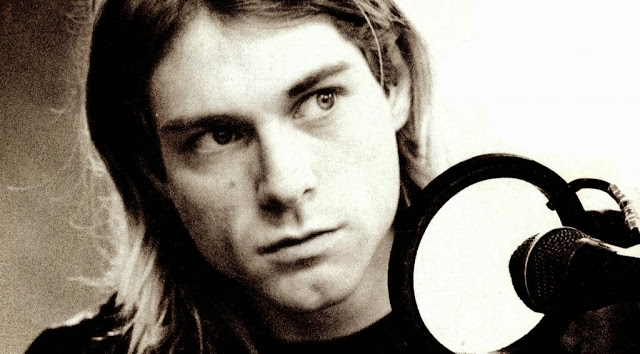 The Illuminati wanted to use Kurt Cobain as a mind-control tool, but Cobain was very reluctant to participate in fame He was seen as a threat to the Illuminati, so they orchestrated his death.

Kurt Cobain died from a gun shot would on April 5, 1994. The death was labeled a suicide, but many people have doubted and debated the circumstances. 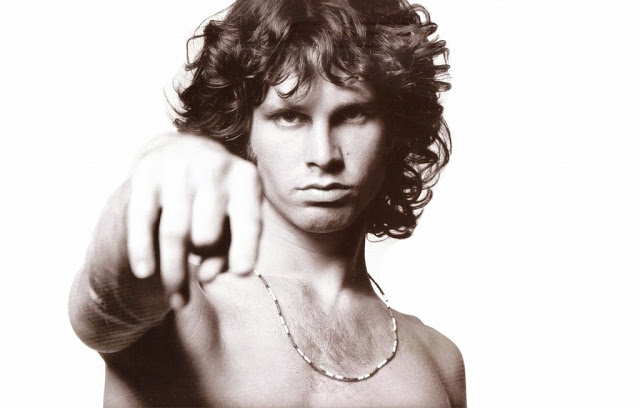 Jim Morrison was fascinated with the occult, and many believed him to be a reptilian member of the Illuminati.

His death was believed to have been constructed by the Illuminati, although other people believe that Morrison is still alive and well, and the Illuminati helped him to fake his death.

Morrison supposedly died of a heart attack on July 3, 1971. His death wasn’t reported in the media until three days later, and many people have claimed to have seen Morrison in seedy places all over the world since then.

Addition: Jim Morrison called himself “The Lizard King” and even wrote a poem entitled ” Celebration of the Lizard King .”

The poem has many trademarks of a child that was part of the Monarch (MK Ultra) mind control program and possessed by an otherworldly archon.

During these programs, children are raped and tortured (both physically and emotionally) in unimaginable ways, so that their brains react to the sufferance by creating compartments, in an attempt to protect themselves from trauma.

As a result, these children develop multiple personalities, completely different from each other, which can later be activated individually by visual or audio triggers.

During these experiments, the children are also possessed by other dimensional entities (reptilian archons in the case of blue bloods), and their bodies become vehicles for entities residing other dimensions.

The following verses are part of the ” Celebration of the Lizard King ” poem:

“One morning he awoke in a green hotel
With a strange creature groaning beside him
Sweat oozed from its shining skin
Is everybody in?
The ceremony is about to begin.”

This was most probably not a vision or a product of his imagination, but an actual reptilian “creature, groaning beside him,” with “sweat oozing from its shining skin.”

The ancient “gods” have always been described by our ancestors as shining and the reptilians have been described to have a very distinct reek, one that is repulsive to humans.

The video for ” The Hill Dwellers ” begins with images of pyramids and reptiles, which suggests that the hills he sings about are pyramids. In his poem he speaks of an “unearthly presence” of “hill dwellers” and “reptiles abounding” beneath the pyramids.

It is very possible that Morrison actually saw these images through the eyes of his controller, during the Monarch experiments.

“I am the Lizard King
I can do anything

“The mansion is warm, at the top of the hill
Rich are the rooms and the comforts there
Red are the arms of luxuriant chairs
And you won’t know a thing till you get inside

Dead president’s corpse in the driver’s car
The engine runs on glue and tar
C’mon along, we’re not going very far
To the East to meet the Czar.

[*Satanism is the worship of the Anunnaki “gods” and the secret religion of the Illuminati .]

The lead singer of the Doors also sang in one cover song that he was “a king bee” (in occult symbolism, bees are the symbol of royalty). In another, he said, “I’m the crawlin’ king snake.” 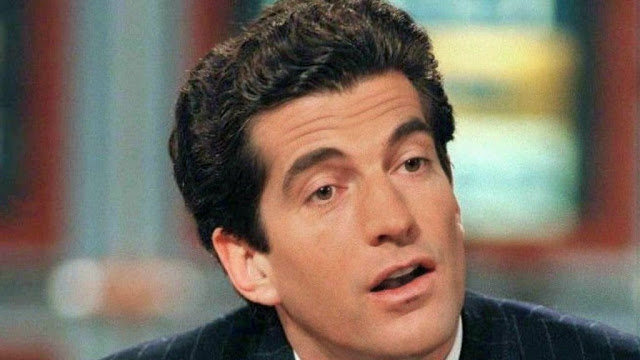 Many people believe that John F. Kennedy, Jr., like his father, was killed by the Illuminati. Rumor has it that JFK, Jr. had information that proved that the CIA and George H. W. Bush were directly involved in the assassination of his father.

Allegedly, Kennedy was preparing to publish this information at the time of his death. He died in a plane crash on July 16, 1999. 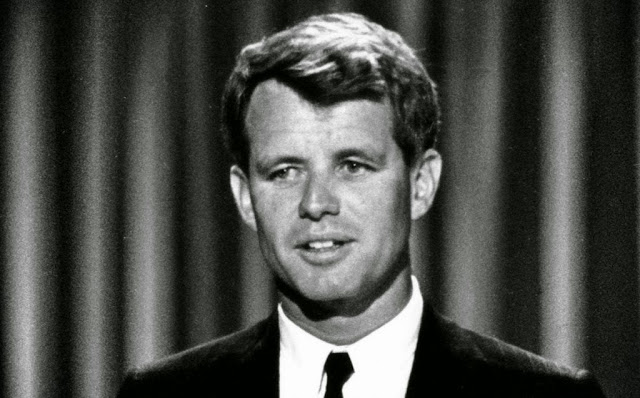 Like Martin Luther King, Jr., Robert F. Kennedy was seen as a great threat to the Illuminati’s plans for a war in Vietnam.

Addition: After his brother’s assassination, it was common belief that he will be the next US President. 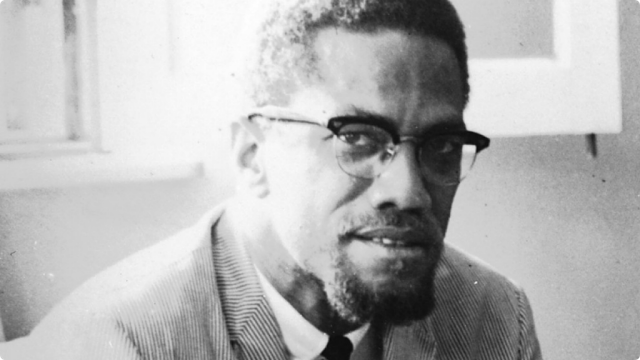 Malcolm X was a very influential man and a great threat to the Illuminati. He spoke frequently, promoting a revolt against the “power structure” by using “extreme measures.” 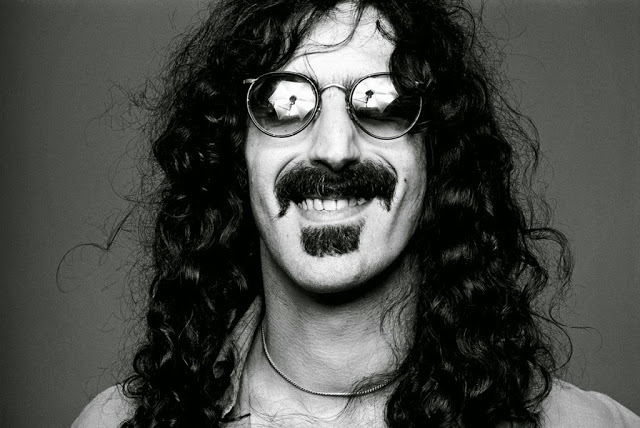 Frank Zappa frequently spoke about TPTB using mind control in music, film, news, and politics . The first attempt on Zappa’s life came in 1971, when he was attacked during a concert.

Many believe that he was purposefully injected with cancer, which killed him on December 4, 1993. 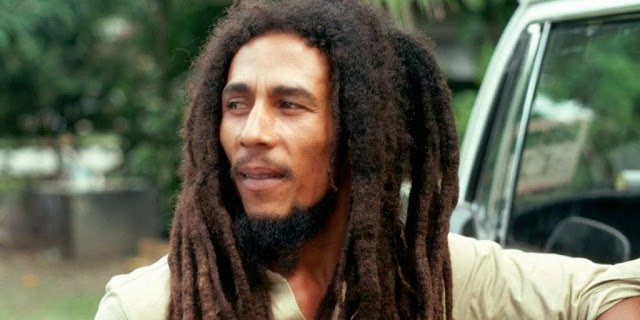 Bob Marley was seen as an influential figure by many all around the world. Through his music, he promoted love, happiness, and togetherness, all things that do not fit into the Illuminati’s agenda.

Many believe that Marley was injected with a rare form of cancer by people who wanted to silence him. He died on May 11, 1981. 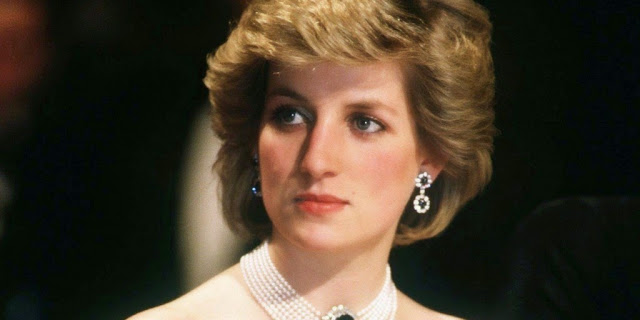 The British “royal” Family is a very prominent family in the Illuminati . When Princess Diana and Prince Charles separated, it was an embarrassment for the Royals.

Princess Di was beloved amongst the people of England and the world, and since she was no longer associated with the Royals, she had to go.

Addition: In this case, there is solid evidence that she was sacrificed at the order of the British “royal” Family and the execution was carried out by the SAS .

Lady Diana also knew about the true nature of the “royal” family’s genetic history and the reptilian control. Her nicknames for the Windsors were “the lizards” and “the reptiles” and she used to say in all seriousness: “They’re not human”. – Reference (Also read David Icke’s book ” The Biggest Secret “) 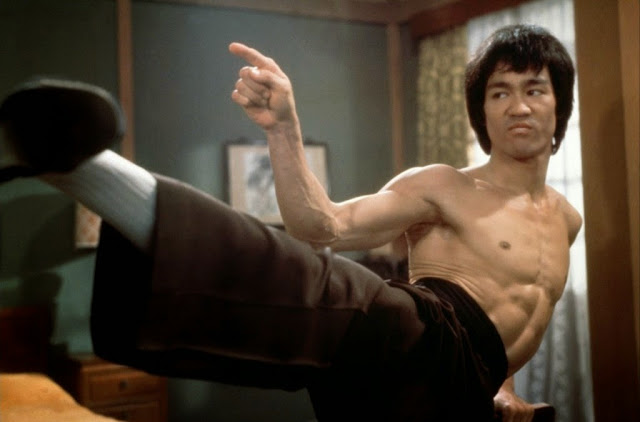 Bruce Lee often spoke of being watched by a demon. His death was suspected to have been an Illuminati sacrifice.

Bruce Lee died suspiciously of an allergic reaction to prescription pills on July 20, 1973. 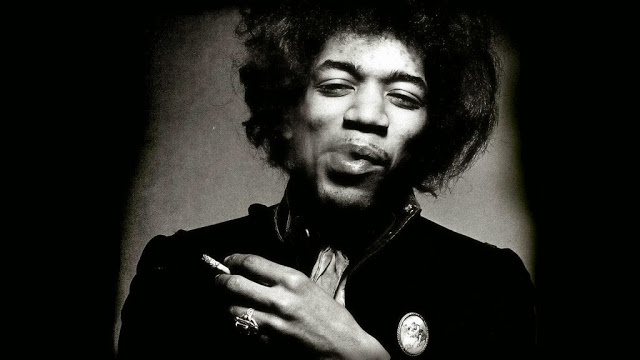 Jimi Hendrix was labeled a subversive person by the U.S. government, which employs many members of the Illuminati.

He was very paranoid in the days leading up to his death, and he often spoke about dying before he reached the age of 30.

Jimi Hendrix died after choking on his own vomit on September 18, 1970. 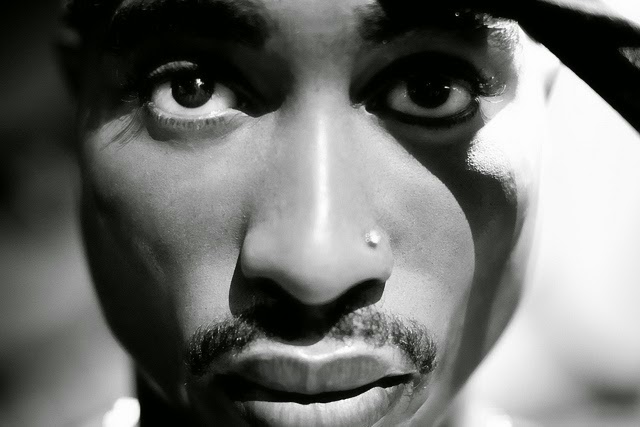 Tupac was probably the most loved rapper of all times and one of the very few who exposed the Illuminati .

How did he (or others) knew so much about the Illuminati and the fake music industry ? And if he was co-opted by them, then why did he exposed them, eventually?

The only logical explanation is that he was co-opted by them on his way up and, it must have been fun for a while, until he understood that these parasites are inhumane and responsible for most of the world’s problems.

In fact, Tupac is responsible for the term Killuminati, which means the Killing of the Illuminati.

And because he was so fervently against them, the Illuminati killed him on the night of September 7, 1996.

But the strangest thing about Tupac was his name. Tupac Amaru means “Shining Serpent” in Incan, and refers to the great creator god of the pre-Inca and Inca cultures, Viracocha.

In his human form, Viracocha was a very tall Aryan, with white skin, blonde hair and blue eyes. In his non-human form, he was a human-eating reptilian. Sounds familiar?

Viracocha was known throughout the Central and South America under many names, depending on the culture: Quetzalcoatl (by the Aztecs), Kukulkan (by the Mayas), Votan (in Palenque), Zamna (in Izamal) or Gucumatz (by the K’iche Maya).

All of the above names translate the same: the Feathered Serpent, which meant that this reptilian god had the capability of flight. He was also described as shining. You can read more about it here , here and here .

So, whatever happened to Tupac in his life, he was definitely knowledgeable of the occult.