A Case for LIFE: Stop Spraying Us, Please, We're Dying!

by RE
in Depopulation, World Truth
0

A Case for LIFE: Stop Spraying Us

Every day I wake up and look at the sky. Some days the sky is blue and beautiful but other times I see planes flying all across it, spraying us with toxic chemtrails; and, before long, the chemtrails spread out and start blocking the sunlight.

This is called geo-engineering and it’s allegedly designed to fight the nonexistent man-made global warming .

I say nonexistent because the Sun is responsible for Earth’s cooling and warming cycles since the very beginning, long before humans even existed on Earth.

According to the conflicting stories of the powers that shouldn’t be, geo-engineering has either started back in the 70s or hasn’t yet begun, though they’re seriously considering it .

If it hasn’t started yet, then what are we seeing in the sky almost on a daily basis? Here’s a picture of something that is not happening, according to most officials: 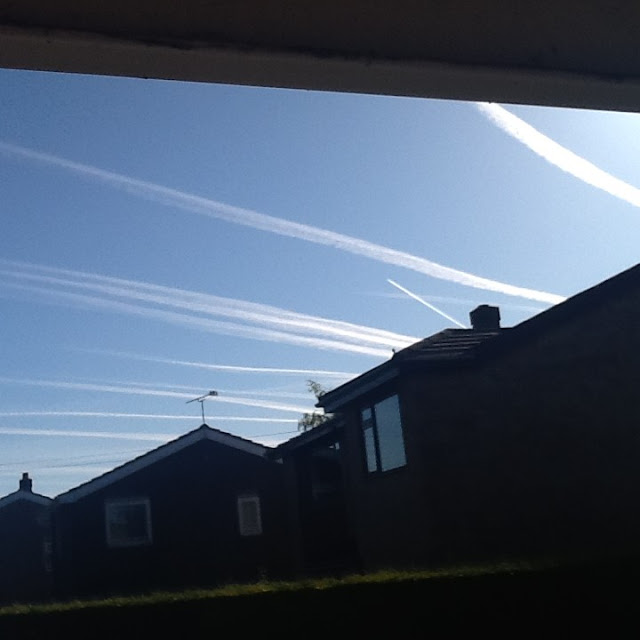 And here’s what NASA scientist Douglas E. Rowland has to say about chemtrail spraying in a recorded phone call with a worried citizen:

I have had my rain water tested after heavy spraying and it contained traces of Aluminium, Barium, Strontium, Titanium, Sulphate, Manganese and even a trace of Arsenic. None of these chemicals should be found in rain water.

This can only happen if something has been put in the atmosphere and is now coming down as rain.

(Chemtrails have also been lab-tested by this national news station ). 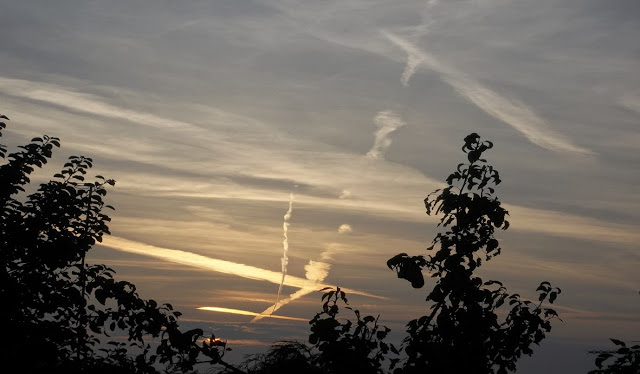 I have written to the Government and the Department of Energy & Climate Change and they both say they are just contrails and it’s normal, nothing to worry about. Yes, contrails are normal but they dissipate quite quickly, they do not spread out and fill the sky.

We’ve all seen contrails in the past and I’m sure you remember how quickly they used to vanish behind jet planes. Well, not anymore.

Here’s a clear example of contrails vs chemtrails:

In fact, atmospheric physicists have said that a naturally occurring vapour trail can only last for 60 to 90 seconds and that is under the most extreme conditions and most modern jet engines are virtually incapable of producing a vapour trail.

We do not breathe out on a cold winter’s day and leave trails behind us — trails that merge with other people’s breath until we can’t see each other.

Also the planes that are spraying us can switch the spraying on and off . Sometimes they just leave one small trail — if it was atmospheric then this would not be possible; you would not be able to switch on and off something you have no control over.

I have seen two planes at the same height, one spraying and one not. How is that possible if it is atmospheric? The governments of the world treat us as if we are stupid and they expect us to believe anything they tell us, even when we can see it with our own eyes.

I have checked my radar app when planes are flying over and spraying us and they are classed as unidentified planes. All the other flights over my area are scheduled and you can see which airport and which airline they are from. You can even see the flight number and the destination of the flight.

How many airfields are being used for this and if the governments don’t know about it, who does?

Is it one of the Secret Space Programs or the Military Industrial Complex ? Somebody out there surely knows what is going on!

Do the people spraying us actually know what they are doing? Do they think they are saving the planet by stopping climate change,? Do they not see that it is making everything worse?

Are they just trying to cull us? It’s a very slow method if they are, and maybe that’s the plan. 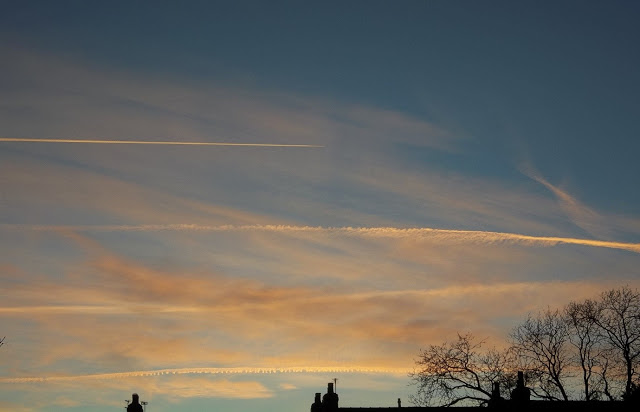 Maybe they just want to watch us all suffer before we die?

We can choose what we eat and what we drink, and we still have some choice regarding vaccinations, although our choices list is getting smaller and smaller with each passing day.

But we cannot avoid being sprayed by these planes. We could go live somewhere else, I suppose, but the spraying has now extended on a global scale.

Who are the powers that shouldn’t be getting to fly these planes? Do the pilots even know what they are doing or are the planes remotely controlled?

I cannot make sense of it at all.

A plead for life: Stop killing us off!

Whichever faction is doing this, please stop now! We have all had enough of your madness, we don’t want to be sprayed anymore!

You are polluting the air, the water and the soil. You are killing us slowly.

If you are one of the people who knows what is going on, or you are involved in any way, however small, please stop now. This is not just affecting the general public, it is also affecting your families as well.

If you think you are doing the right thing, then please know that we refuse your “help.” Whatever your motivation might be, we are not interested in your assistance.

If you came on board this team to rid the world of the man-made global warming , then please know that you are killing millions of human beings in the process, together with the Earth’s wildlife.

More importantly, the whole premise is a scheme and a lie, designed to tax us even more .

Carbon is the base for life

All life is carbon-based, so without it we wouldn’t be around in the first place.

Also, oxygen is produced by plants through photosynthesis, a process in which they use CO2 and H2O in order to produce O2. So, if we want oxygen, we actually need carbon dioxide in the atmosphere.

And, believe it or not, carbon dioxide emissions are making the Earth greener . As I was saying in the beginning, the sun is and has been responsible for Earth’s cooling and warming cycles from the very beginning.

Plus, the ice caps are still there and the plants are actually thriving in the present moment. We are doing just fine without your “help.” The only thing that has changed, unfortunately, is taxation, which has increased exponentially since this whole thing started.

If you are still not convinced, then you can still rest assured knowing that renewable energy is on the rise , whilst fossil fuels are going to be depleted or completely replaced by green energy in the following decades.

If you think you’re doing the world a favour through depopulation, then please realize that WE, as a collective, are that very world, and you are a part of it too.

You cannot kill us in order to save us!

There’s enough land for all of mankind and there’s enough food to feed us all, and then some, but the world’s resources are not evenly distributed .

The people who want to depopulate the planet are the very same people who have been hoarding the Earth’s resources for generations .

There’s an abundance of resources and we have the technology and knowledge to create a far better world , but these so-called “elites” don’t want to share — not because they would have less, but because they are greedy, arrogant, narcissistic and evil.

Killing off billions of people is the easy way (for a sick mind that is), but uplifting our current social state through education, hard work and dedication, is a task for the noble hearts and the brightest of minds.

If you came on board unknowingly, then please, stand up for mankind.

Whoever you may be, PLEASE HELP!

About the author: I realized what was really going on in the world in 2013. Since then I have been trying to make sense of it all and help others along the way. I am still learning more each day. You can visit my Facebook here and my website here.