A Real Journalist Warns us WWIII with Russia, China is Already Underway

A Real Journalist Warns us WWIII with Russia

“How many of us are aware that a world war has already begun? True. At present it’s a war of propaganda, of lies and distraction and of censorship by omission. That can change overnight.” ~John Pilger

Australian journalist John Pilger is one of the few establishment journalists who uses the platform to uncover and promulgate truth, often railing against mainstream media and their role in brainwashing and propagandizing the world on behalf of the war-mongers among us. Earlier in 2016 he spoke at a conference in Sydney, shedding light on the critical subject of nuclear weapons and the build up to World War III, which he rightfully points out as already being underway, as both Russia and China are strategically encircled by the U.S. military.

Few are willing to speak out against the insanity and inherent destructive nature of imperialism and the proliferation of state-owned weapons of mass destruction, and Pilger’s sentiments are both highly relevant and shockingly prescient as the Western media forces itself into a conflict with Russia, baiting the public with claims of Russian interference in the election. 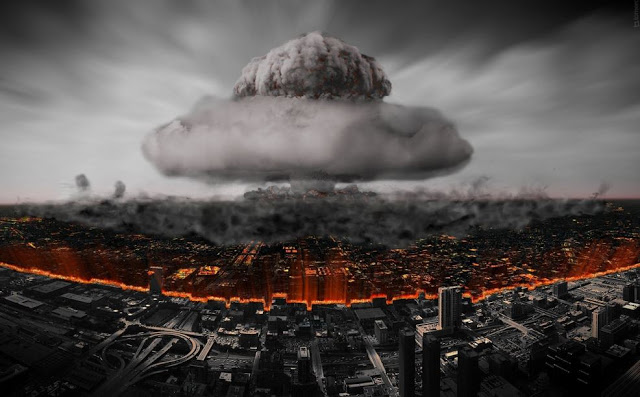 As hot conflict becomes increasingly inevitable, Pilger reminds us that the Nobel Peace Prize president, Barak Obama, has one of the bloodiest legacies of any American president, commenting that after wining the peace prize, The Obama administration,

The shocking truth is that in the last two years, the largest military build up since World War II has been taking place along Russia’s Western front, an effort led by the Unites States.

This is extremely important to remember as the U.S. media wages a nasty campaign to vilify Russia as a covert influencer of the U.S. presidential election, even when no clear or hard evidence of proof of this claim has surfaced. The entire anti-Russia campaign seems like a deliberate effort to drive the world into war, and Pilger’s remarks add depth to this perspective.

“Not since Hitler invaded the Soviet Union, have foreign troops presented such a demonstrable threat to Russia.” ~John Pilger

Working to break the silence and the distraction about the nature of the brewing conflict between Russia, Nato and the United States, Pilger explains how China as well has been encircled by a nuclear armed U.S. military presence in the South China sea and in surrounding nations. He elucidates how the compounding threat of a conflict of China, couple with clear and present danger of escalation to all out war with Russia is a signal that World War III is already underway, and can quickly escalate should no resistance be put up against this endgame.

What is the role of the media in our world today? Is their job to amplify and reinforce the agendas of the deep state and the military industrial complex , or should their role be to expose and shed light on matters of severe importance to public safety?

If it is the latter, then hardly anything can be considered more important than putting a stop to the international human plague of elite engineered warfare in which ordinary people are sent to die in foreign battlefields while entire societies are laid waste and countless innocents displaced.

It is the mark of a real journalist to speak those truths which have been pushed out into the fringe by the echo chambers of an insane mass media.

This 21 minute speech by Pilger is one of the most important messages of our time. Few, if any, issues will affect us more as global powers position the people of this planet for the final conflict, World War III.

Isaac Davis is a staff writer for WakingTimes.com and OffgridOutpost.com Survival Tips blog. He is an outspoken advocate of liberty and of a voluntary society. He is an avid reader of history and passionate about becoming self-sufficient to break free of the control matrix. Follow him on Facebook, here .