by Piper McGowin; The Daily Sheeple

Just like we’ve recently been seeing ads all over the place for Amazon’s Echo following the Wikileaks Vault 7 revelations that internet-connected electronics in the home can be exploited by government agencies and turned into covert spy devices, Samsung is picking a really strange time to announce the release of its upcoming new television that never turns off.

One of the more disturbing Vault 7 revelations related to a CIA exploit named after a Dr. Who villain called “Weeping Angel”. The exploit puts a television owner’s set into a “fake off” mode so the person thinks their TV is off, meanwhile the agency can remotely operate the microphone and listen in on anything going on in the person’s home within earshot of the television and send those recordings to an agency server. 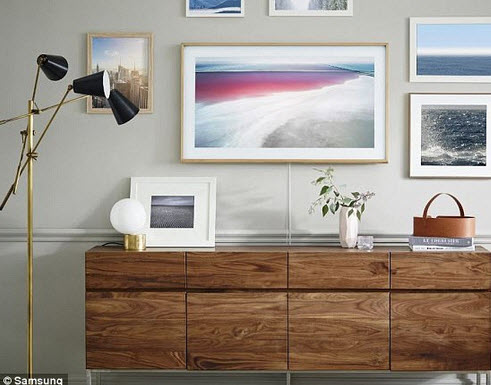 Samsung’s new smart TV “The Frame” which never turns off and doubles as electronic wall art. 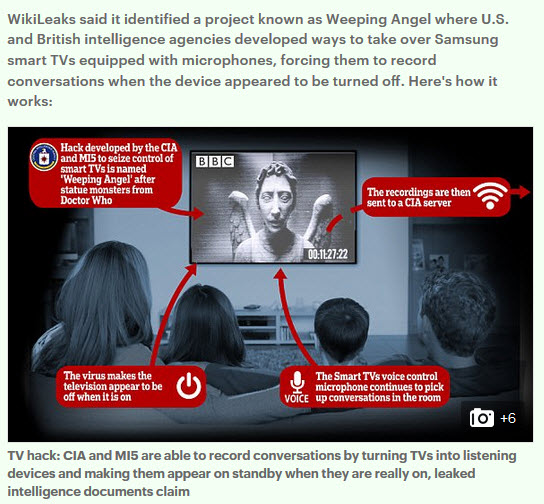 So, why now of all times, is Samsung announcing its new television set “The Frame”? It’s called “The Frame” by the way because it never turns off and doubles as a piece of wall art (“art mode”) when not in direct use.

Is that just to make the spying easier or…?

”The Frame empowers you to think about TV in a new way, bringing art and entertainment into new parts of your home. This is how television transforms—and becomes an essential part of your lifestyle,” said Dave Das, SVP Consumer Electronics Marketing for Samsung Electronics America.