Cannabis Can End The Use of Prescription Pain Killers

by Marco Torres
in Health, Hemp
0

Opioid prescriptions have jumped 300 percent in the last decade and they are the most commonly prescribed drugs on the market. They are the most dangerous and addictive drugs that often lose effectiveness with long-term use.

Now a new study conducted by researchers at The University of New Mexico, involving medical cannabis and prescription opioid use among chronic pain patients, found a distinct connection between having the ability to use cannabis and significant reductions in opioid use.

There is an abundance of evidence that the suppression of medical marijuana is one of the greatest failures of a free society, journalistic and scientific integrity as well as our fundamental values. There is no plant on Earth more condemned than cannabis, yet it has the potential to heal dozens of diseases and curb the rampant use of prescription opioids. 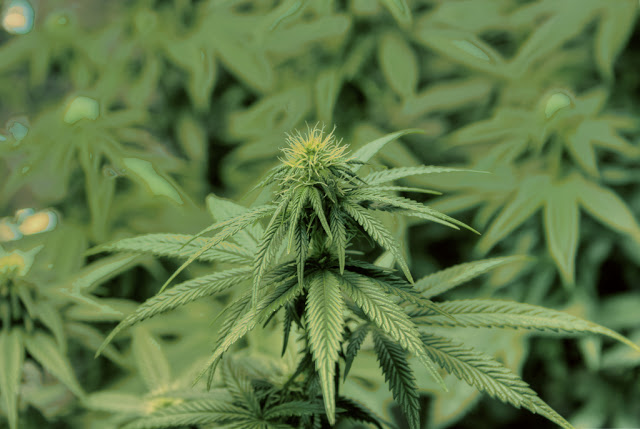 Some studies have suggested that pot may even have a place in curbing the opioid epidemic.

The study titled, “Associations between Medical Cannabis and Prescription Opioid Use in Chronic Pain Patients: A Preliminary Cohort Study,” and published in the open access journal PLOS ONE, was conducted by Drs. Jacob Miguel Vigil, associate professor, Department of Psychology and Sarah See Stith, assistant professor, Department of Economics. The results from this preliminary study showed a strong correlation between enrollment in the New Mexico Medical Cannabis Program (MCP) and cessation or reduction of opioid use, and that whole, natural Cannabis sativa and extracts made from the plant may serve as an alternative to opioid-based medications for treating chronic pain.

Today, opioid-related drug overdoses are the leading cause of preventable deaths in the United States killing approximately 100 Americans every day. Conventional pharmaceutical medications for treating opioid addiction, such as methadone and buprenorphine-tapering, can be similarly dangerous due to substantial risks of lethal drug interactions and overdose.

“Current levels and dangers of opioid use in the U.S. warrant the investigation of harm-reducing treatment alternatives,” said Vigil, who led the study. “Our results highlight the necessity of more extensive research into the possible uses of cannabis as a substitute for opioid painkillers, especially in the form of placebo-based, randomized controlled trials and larger sample observational studies.”

Cannabis has been investigated as a potential treatment for a wide range of medical conditions from post-traumatic stress disorder to cancer, with the most consistent support for the treatment of chronic pain, epilepsy and spasticity. In the U.S., states, including New Mexico, have enacted MCPs in part for people with chronic, debilitating pain who cannot be adequately or safely treated with conventional pharmaceutical medications.

In a historic and significant moment in American history, in November of 2012, Colorado became the first US state to legalize cannabis for recreational use. The impact of the decision has rippled across the entire country with vast opportunities to educate millions on the top health benefits of cannabis and specifically for pain.

Like other states, New Mexico only permits medical cannabis use for patients with certain debilitating medical conditions. All the patients in the study had a diagnosis of “severe chronic pain,” annually validated by two independent physicians, including a board-certified specialist.

New Mexico, Vigil notes, is among the U.S. states hardest hit by the current opioid epidemic, although the number of opioid-related overdose deaths appears to have fallen in recent years, perhaps the result of increased enrollment in the NM MCP, which currently includes more than 48,000 patients.

“MCPs are unique, not only because they allow patients to self-manage their cannabis treatment, but because they operate in conflict with U.S. federal law, making it challenging for researchers to utilize conventional research designs to measure their efficacy,” Vigil said.

The purpose of the researchers’ preliminary, cohort study was to help examine the association between enrollment in a MCP and opioid prescription use. The study observed 37 habitual opioid using, chronic pain patients that chose to enroll in the MCP between 2010 and 2015, compared to 29 patients with similar health conditions that were also given the option, but ultimately chose not to enroll in the MCP.

“Using informal surveys of patients enrolled in the MCP, we discovered a significant proportion of chronic pain patients reporting to have substituted their opioid prescriptions with cannabis for treating their chronic pain,” said Vigil.

The researchers used Prescription Monitoring Program opioid records over a 21-month observation period (first three months prior to enrollment for the MCP patients) to more objectively measure opioid cessation — defined as the absence of opioid prescriptions activity during the last three months of observation, with use calculated in average daily intravenous [IV] morphine dosages. MCP patient-reported benefits and side effects of using cannabis one year after enrollment were also collected.

By the end of the observation period, the data showed MCP enrollment was associated with a 17 times higher age- and gender-adjusted odds of ceasing opioid prescriptions, a 5 times higher odds of reducing daily prescription opioid dosages, and a 47 percentage point reduction in daily opioid dosages relative to a mean change of positive 10 percentage points in the non-enrolled patient group.

Survey responses indicated improvements in pain reduction, quality of life, social life, activity levels, and concentration, and few negative side effects from using cannabis one year after enrollment in the MCP.

The researchers’ findings, which provide clinically and statistically significant evidence of an association between MCP enrollment and opioid prescription cessation and reductions and improved quality of life warrant further investigations on cannabis as a potential alternative to prescription opioids for treating chronic pain.

According to Stith, “The economic impact of cannabis treatment should also be considered given the current burden of opioid prescriptions on healthcare systems, which have been forced to implement costly modifications to general patient care practices, including prescription monitoring programs, drug screening, more frequent doctor-patient interactions, treatment of drug abuse and dependence, and legal products and services associated with limiting opioid-related liability.”

“If cannabis can serve as an alternative to prescription opioids for at least some patients, legislators and the medical community may want to consider medical cannabis programs as a potential tool for combating the current opioid epidemic,” Vigil said.