Could Karma Carry on From Past Lives?

by Cassius Methyl; The Mind Unleashed

In a person’s personal pursuit of understanding why we exist and what this life is, they have to wonder how the innocent can suffer so much in this world if the nature of existence is benevolent.

When seeking answers to these deep questions about the nature of reality and purpose of life, it’s necessary to go in circles and constantly reconsider opinions. Rigidness is the spiritual seeker’s worst enemy: it seems to be some law of the universe that we can’t be certain about some things. Sometimes in life when we think things are certain, life has a way of obliterating what is an illusion.

So there’s a theory people naturally ponder when wondering why the young and innocent suffer in this world, for instance, in a war-torn place like Yemen or Syria : what if karma continues from some past existence, and the innocent are experiencing that karma? 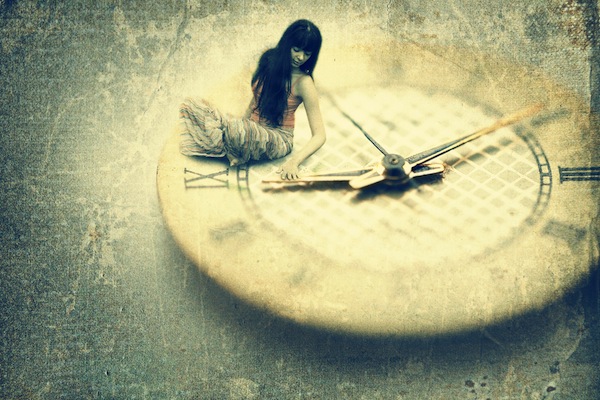 Of course, such an idea could be grossly offensive to those who have experienced true loss, lost family members, ect.

Also, certain subscribers to New Age ideas have justified ignoring details of war or “negative” hard truths, using this past life karma type of idea as an excuse: but their unwillingness to see reality doesn’t mean this karma concept is true or false.

I think it is a fatal mistake to ignore the innocent victims in this world: perhaps it is even a moral failure of a lifetime, a failed central lesson of this existence to not pay attention to the victims. However, it’s hard to believe in some benevolent natural law and fathom how innocent people can suffer so much here.

It would be the worst type of dogmatic indifference to suffering, to believe the young suffer because of some past life karma and therefore they shouldn’t be helped, but why do they have to suffer in the first place? Every day people wonder this.

It’s only natural to try and believe in some benevolent natural law: to believe in something like karma, or another happy existence after death. How else are people supposed to come to terms with death?

The idea that people completely cease to exist after death is unfathomable to those who have lost loved ones or experienced death up-close. The Atheist viewpoint of nothingness after death is bleak to the point of terrifying.

While a rigid, dogmatic spiritual viewpoint is of course an invitation for perspective-shattering, human beings have a need to come to peace with death, and to come to a spiritual understanding about why people suffer.

So here are a few possibilities for why the innocent suffer in this world. None of these are certainly true or false in my view:

1. The suffering are experiencing some karmic consequence to actions in a past existence

2. The suffering didn’t do anything to deserve it, but in this existence the innocent may suffer to grow in some way that may be understood or not understood

3. The suffering experience hardship at random for no particular karmic reason or otherwise

While this article can only barely scratch the surface of this incomprehensible life or death topic, hopefully it sparked some thought.

Cassius Kamarampi is a researcher and writer from Sacramento, California. He is the founder of Era of Wisdom, writer/director of the documentary “Toddlers on Amphetamine: History of Big Pharma and the Major Players,” and a writer in the alternative media since 2013 at the age of 17. He focuses primarily on identifying the exact individuals, institutions, and entities responsible for various forms of human slavery and control, particularly chemicals and more insidious forms of hegemony: identifying exactly who damages our well being and working toward independence from those entities, whether they are corporate, government, or institutional.