CBD oil has been in the spotlight recently due to its myriad of health and medicinal uses . Cannabidiol, which is what CBD is short for, is a cannabis compound that produces no psychoactive effects but offers a wide variety of other benefits, such as treating people with seizure disorders . It’s become clear that the benefits of CBD do not end there, however, and renowned MMA fighter Bas Rutten has even spoken out about how valuable this plant medicine is for professional fighters.

Rutten is a former world champion of the mixed martial arts arena, and if you’ve ever watched MMA, you know that those guys know a thing or two about pain. The challenges of MMA extend far beyond the ring; in addition to grueling fights, fighters must also push themselves to the brink while training and preparing for their next match. MMA is a strenuous sport, and that’s putting it mildly. Serious injuries are an accepted risk of MMA, and where there are injuries, there are probably opioids. Opioids are a highly addictive class of drugs used for pain relief, but as Rutten explains, the drugs can have extreme consequences. 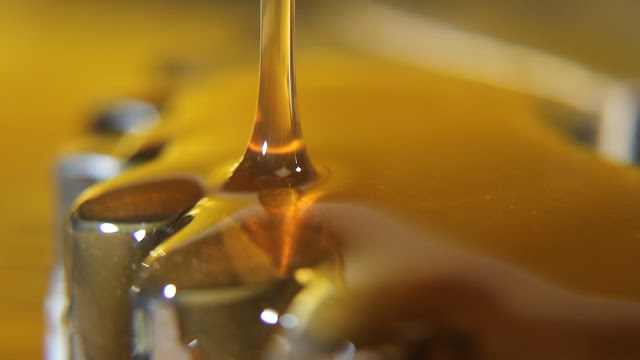 Rutten, now a celebrity announcer and trainer, recently wrote an article about Mark Kerr — another famous fighter who struggled with addiction, much like Rutten himself. Kerr became addicted to opioids as he fought to cope with the pain of MMA fighting. Rutten says that the drugs didn’t just ruin Kerr’s career, but they also took a tremendous toll on his body and his personal life.

Speaking about his owns struggle with addiction, Rutten stated, “As for my own experience with CBD, it saved me a lot of trouble after I realized that I had a painkiller problem that started after my last fight in 2006. About five weeks before the fight, all my injuries came back with a vengeance. It starts with one pill, then it becomes two, four, seven, ten, and slowly but surely, you are upping the count, and before you know it, you’re taking insane amounts of painkillers.”

According to Rutten, his doctor told him that all the Vicodin he was taking would be damaging to his liver, and that Oxycontin would be “better” for him. However, as Rutten notes, the Oxycontin stopped working as well after a while. Rutten says that he is grateful that he realized what was happening to him before it was too late.

“What I want to say is that if there would have been CBD at that time, I might have not become addicted to painkillers. I really hope that all fighters and other athletes will use CBD instead of painkillers,” he added.

Rutten also highlighted the fact that in states where medical cannabis and CBD oil is legal and accessible, the rates of opioid abuse have dropped significantly. One of things that is driving up the popularity of CBD in particular is the fact that it doesn’t have the psychoactive effects of THC , which means it provides all the same benefits without altering your mental state. CBD is thought to have many potential uses beyond pain relief, including treating seizure disorders like epilepsy, treating post-traumatic stress disorder, and other ailments.

In spite of these benefits, and the fact that even the federal government has actually patented CBD, the compound — along with the rest of the marijuana plant — remains under federal prohibition. Truly, it is a travesty. [RELATED: Learn more about the health benefits of cannabidiol at CBDS.news ]