But, the big question to ask is ‘why?’ The FDA, with this approval, shows no regard for basic safety issues.

Looks like profits are more important than human health concerns

The FDA’s approval is not related to any effort to make vaccines safer or more effective. Not surprisingly, the latest situation to fuel the fire over vaccine use comes down to cost of production. 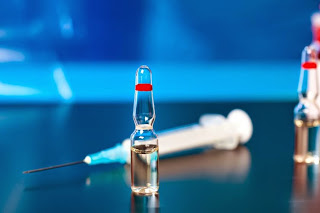 To manufacture vaccines through the use of human cancer tumor cells – sadly, in ready supply – is less expensive than prior methods of breeding lab animals to provide culture media. Therefore, vaccine manufacturers are more likely to rake in millions of dollars in the process.

While downplaying the concern that vaccines made from cancer cells could transfer cancer to vaccine recipients, proponents of the use of human cancer cells as an additional substrate for the manufacture of vaccines claim there are several ‘advantages’. The primary argument is that cancer cell substrate would offer greater virus yield and production potential for new vaccines – otherwise unavailable through the use of previous substrates.

A recently uncovered transcript, from a September 19, 2012 meeting of the FDA’s Vaccines and Related Biological Products Advisory Committee (VRBPAC) within the agency’s Center for Biologics Evaluation and Research (CBER), reveals misgivings even among the experts as to the safety of vaccines manufactured from human cancer cells.

A committee member identified in the transcript only as ‘Dr. H’, from the University of North Carolina, is quoted as stating, “I’m guessing the safety concerns we have are ones that you typically wouldn’t observe in humans on the time scale that a Phase I trial takes place on…We are worried about these vaccines causing cancer in people many years down the road, well beyond the conclusion of the Phase I study.”

Michael Hudgens, Ph.D., associate professor in the Department of Biostatistics, University of North Carolina at Chapel Hill is among the members of VRBPAC. Several other committee members echoed concerns with the shortness of the study’s duration to determine the safety of human cancer tumor as substrate, with at least one pointing out that safety should be studied for at least a decade rather than only a matter of months, as proposed.

Others questioned whether the rodents used in the study could effectively mimic what would occur in humans receiving the vaccines.

The potential for vaccine dangers through the transfer of cancer-causing agents was thought to stem from three sources: the tumor cells themselves, the theoretical oncogenic risks that exist from the cell DNA and agents that cause cancer in more random fashion. Committee members also discussed past vaccine manufacturing practices that narrowly avoided the transfer of deadly illnesses.

As disconcerting as the committee’s approval of manufacturing vaccines from cancerous tumors, despite the number of concerns raised, was the discussion committee members had regarding concerns over public reaction. Looks like these lawless scientists are really concerned about their public image – especially when they KNOW they are doing something unethical.

Several committee members voiced recommendations on how best to hide facts from physicians and the general public about how the vaccines are made.

“The minute you describe something in the package insert in terms of potential clinical safety concerns, I think that really precludes using these cell substrates,” stated one. Another added, “When it gets right down to what’s in the vial and what the patient is going to ask me about, whether it’s safe, I’m not going to say, well, you know, HeLa cells kill nude mice.”

Editor’s note: Just for the record, NaturalHealth365 is NOT “anti-vaccine”. We ARE in favor of non-toxic (highly effective) and safe protocols that keep the immune system strong and the public safe from harm. We do NOT support fraudulent marketing claims; junk science or toxic ingredients that increase the risk of sickness and premature death.

*Hela cells are derived from cervical cancer cells taken in 1951. This cell line was found to be remarkably durable and prolific as illustrated by its contamination of many other cell lines used in research.