U.S. scientists recently announced the birth of a baby containing DNA from three different people in an article in New Scientist. They will present the details of the new procedure they used at the October meeting of the American Society for Reproductive Medicine.

The procedure, which is illegal in the United States, was performed in Mexico.

It is not the first time that scientists have used biotechnology to produce a child with DNA from three separate people, but the researchers claim that their new technique is significantly more precise, and has major implications for the prevention of genetic disease . 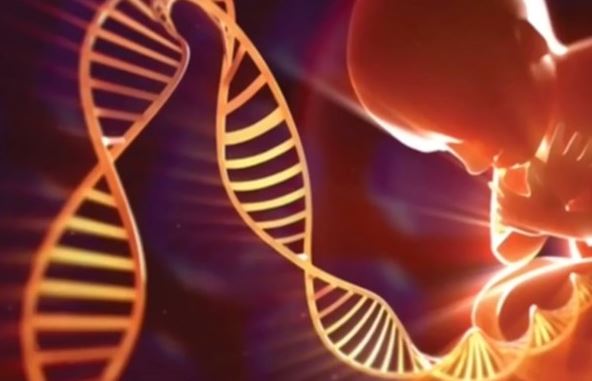 The fertility procedure was performed on a couple in which the woman was a carrier for a fatal genetic disorder known as Leigh Syndrome. The syndrome is a progressive neurological disorder that produces loss of movement and mental function, ending with death by early childhood.

Because the woman carried the mutation in her mitochondria – the structures inside cells that provide them with energy – any child she bore would contract and die from the disease. The couple had already experienced four miscarriages and had two children die from Leigh Syndrome, one at eight months and one at six years.

Mitochondria carry their own DNA, which is separate from the DNA found in the nucleus of the cell. This DNA is inherited only from the mother. Thus, a mitochondrial mutation will be passed down to all of a woman’s children.

Leigh Syndrome can be inherited via either mitochondrial or nuclear DNA.

The researchers created five eggs by this new technique, but only one was viable. That one was implanted and led to a viable pregnancy and live birth. An estimated 0.1 percent of the child’s DNA comes from the donor, and controls only the functioning of the mitochondria. All other DNA comes from the two parents.

What does the technology really mean?

The announcement drew praise from proponents of the technology, but also concern from critics.

Many objections were the same as those cited by the FDA in 2002, when it banned a three-person DNA technique known as cytoplasmic transfer. That technique was successfully used to produce as many as 50 children before the FDA prohibited it, citing unaddressed concerns over side effects and ethical implications.

Some of the children produced using cytoplasmic transfer were born lacking an X chromosome, and at least one showed signs of cognitive impairment.

Animal studies on newer mitochondrial replacement techniques suggest that they may carry some of the same risks. Researchers have seen cognitive impairment in mice and changes in male fertility and ageing in insects.

“It is outrageous that they simply ignored the cautious approach of US regulators and went to Mexico, because they think they know better,” said David King of the pro-choice group Human Genetics Alert.

Another concern raised with such techniques is that they consist of germline modification – that is, they make genetic changes that can be passed on to other generations. In a very real sense, the safety implications of such techniques are unknowable until several generations have passed.

Bioethics experts also warn that any germline modification can lead down the slippery slope to “designer babies” and other ethically murky areas.

The United Kingdom recently passed a law making it the only country on earth to explicitly permit three-person fertilization techniques.

Sources for this article include:
BBC.com
BBC.com
Science.NaturalNews.com