Great Political and Social Leaders Always Call Out the Bankers

Great Political and Social Leaders Always Call Out the Bankers

A common thread between many of the world’s great political and social leaders is their willingness to call out the major banks and bankers for their complicity in establishing and maintaining economic tension and international conflict in our world.

Jesus whipped the money changers when he drove them from the Temple for turning his Father’s house into a den of thieves, and since the days of Christ, history is the story of a never-ending struggle between houses of finance and public interests.

Banks are in a unique position of power in our world, and can generate extraordinary profits without actually producing anything. Through the issuance of currency and credit, they can control the amount of money available to the economy and create economic booms and busts, seizing titles to land, homes, businesses, and property. They hold extraordinary influence over government for their role as financiers of everything from public works to war, and enjoy extraordinary pecuniary advantage and privilege. 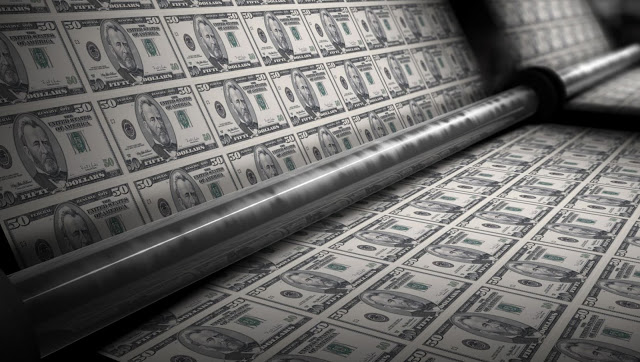 “The few who understand the system, will either be so interested from its profits or so dependent on its favors, that there will be no opposition from that class.” — Rothschild Brothers of London, 1863

Consider the following statements against banking establishments by some of history’s greatest social and political leaders.

“If the American people ever allow private banks to control the issue of their currency, first by inflation, then by deflation, the banks and corporations that will grow up around them will deprive the people of all property until their children wake up homeless on the continent their Fathers conquered…. I believe that banking institutions are more dangerous to our liberties than standing armies…. The issuing power should be taken from the banks and restored to the people, to whom it properly belongs.” ~Thomas Jefferson, third president of the United States

“You are a den of vipers and thieves. I intend to rout you out, and by the eternal God, I will rout you out.” ~Andrew Jackson, to a delegation of bankers discussing the recharter of the Second Bank of the United States, 1832

Abraham Lincoln was an advocate of federal banking over private banking in an ongoing effort against the tyranny of the banking cartels. He renounced the bankers insistence on charging 24-36% interest on money borrowed to carry out the civil war, and was assassinated within a year of establishing the greenback to side-step the influence of private banks.

“The Government should create, issue, and circulate all the currency and credits needed to satisfy the spending power of the Government and the buying power of consumers. By the adoption of these principles, the taxpayers will be saved immense sums of interest. Money will cease to be master and become the servant of humanity.” ~Abraham Lincoln

“The real truth of the matter is, as you and I know, that a financial element in the large centers has owned the government ever since the days of Andrew Jackson.” — Franklin Delano Roosevelt, 32nd President of the United States (1933–1945), in a letter to Colonel Edward M House dated November 21, 1933, as quoted in F.D.R.: His Personal Letters, 1928-1945.

“The real menace of our Republic is the invisible government, which like a giant octopus sprawls its slimy legs over our cities, states and nation… The little coterie of powerful international bankers virtually run the United States government for their own selfish purposes. They practically control both parties, … and control the majority of the newspapers and magazines in this country.” – New York City Mayor John F. Hylan, New York Times, March 26, 1922

“Most Americans have no real understanding of the operation of the international money lenders. The accounts of the Federal Reserve System have never been audited. It operates outside the control of Congress and manipulates the credit of the United States” — Sen. Barry Goldwater, Rep. AR

Ron Paul is an outspoken critic of the central banking model and the Federal Reserve, consistently admonishing these institutions for their role in creating insurmountable debt and perpetual war. Here he confronts former Chairman of the Federal Reserve, Ben Bernanke, on the manipulation of interests rates by the Feds.

Even Senator Bernie Sanders, whom today is admired by many, frequently spoke out against the bankers during his 2016 bid for president. In 2009, Sanders had the following to say in a confrontation with former chairman Alan Greenspan, seeking information on some $2 trillion dollars loaned out by the Federal Reserve.

“Will you tell the American people to whom you lent $2.2 trillion of their dollars? … Can you tell us who they are?” ~Senator Bernie Sanders

John F. Kennedy spoke out against the bankers, attempting to strip them of their power to print currency, and many attribute his demands for metals-backed currency as one of the primary reasons he was shortly thereafter assassinated in Daley Plaza. JFK’s speech against secret societies, combined with Executive Order 11110 are signs that he was engaged in a confrontation against powerful financial interests operating outside the law.

“The very word “secrecy” is repugnant in a free and open society; and we are as a people inherently and historically opposed to secret societies, to secret oaths and to secret proceedings… Our way of life is under attack. Those who make themselves our enemy are advancing around the globe… no war ever posed a greater threat to our security. If you are awaiting a finding of “clear and present danger,” then I can only say that the danger has never been more clear and its presence has never been more imminent… For we are opposed around the world by a monolithic and ruthless conspiracy that relies primarily on covert means for expanding its sphere of influence–on infiltration instead of invasion, on subversion instead of elections, on intimidation instead of free choice, on guerrillas by night instead of armies by day.It is a system which has conscripted vast human and material resources into the building of a tightly knit, highly efficient machine that combines military, diplomatic, intelligence, economic, scientific and political operations. Its preparations are concealed, not published. Its mistakes are buried, not headlined. Its dissenters are silenced, not praised. No expenditure is questioned, no rumor is printed, no secret is revealed.” — John F Kennedy, 35th President of the United States, from a speech delivered to the American Newspaper Publishers Association on April 27, 1961 and known as the “Secret Society” speech (click here for full transcript and audio).

Internationally, it is well-known that whenever a foreign leader attempts to reject the IMF and other international banking affronts, said ruler will soon to be knocked off either by covert CIA operations or full-scale military invasion. Libya is the most recent example, as documents show that the real reason for toppling his regime was linked to Gaddafi’s pursuit of an independent gold-backed currency .

Citizen leaders have also led the masses against the corruption of bankers, such as Iceland’s HorHörður Torfason, who corralled the enthusiasm of his entire nation in defense against the banking system that nearly toppled Iceland during the international banking crisis of 2008.

“This is about our life and the future of the children, of the generations, of the young people.” – Hörður Torfason

Say what you will about the Reverend Louis Farrakhan, but he’s not afraid to preach to his flock on the evils of private banking and corruption. Here he is in fiery speech:

Great political and social leaders have always called out the bankers, and the fact that very few contemporary leaders choose to make an issue over banking is a sign that banks have an extraordinarily dangerous level of influence in our society today.

Dylan Charles is a student and teacher of Shaolin Kung Fu, Tai Chi and Qi Gong, a practitioner of Yoga and Taoist arts, and an activist and idealist passionately engaged in the struggle for a more sustainable and just world for future generations. He is the editor of WakingTimes.com , the proprietor of OffgridOutpost.com , a grateful father and a man who seeks to enlighten others with the power of inspiring information and action. He may be contacted at [email protected] .