If that wasn’t enough, now they are conducting ‘experiments’ which could have even more of a damning impact on all of humanity! It seems to me that this could play right in with the tribulation judgments we read about in the book of Revelation in the Holy Bible! 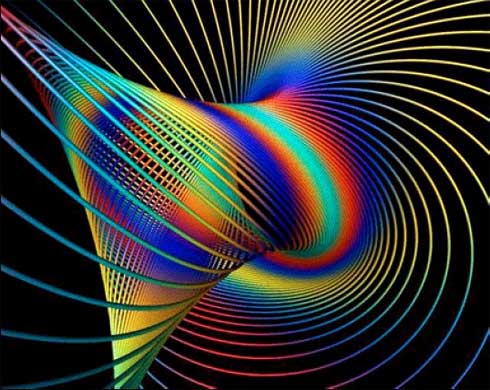 Researcher Mike Hagan has found startling evidence HAARP may be more insidious than most investigators think. Hagan discovered incredible evidence that, while the masters of HAARP may be doing everything investigators suspect, they’ve also embarked on a mind-boggling project designed to power-up and control the unknown ancient powers locked inside some of the world’s greatest pyramids…a tremendous power that could enable the controllers of advanced Tesla technology to reach out, grab the world by its collective throat, and shake it into submission.

The ancient pyramid network—stretching across continents and some built on land now far under the sea—could be all that remains of an incredibly old global broadcast power grid engineered to accumulate energy and release it on demand as Nicola Tesla once did.

Could the release of hyper-dimensional torsion fields by those super-civilizations have also released unimaginable and eventually uncontrollable forces that contributed to the fall of of those civilizations? Perhaps.

If true, then embarking on a project to reawaken them without full knowledge of exactly how they work and what their limits of power might be is a fools’ errand. The would-be HAARP masters of ancient technology might instead find themselves the victims of it. Instead of accessing the secrets of the ancients and acquiring limitless power, they could be releasing relentless demons. And then the gates of hell could be flung wide open and chaos rule the Earth.

As you listen to the below video, know that ‘space’ aliens are nephilim—disembodied spiritual manifestations. Keep this in mind as you listen to this man, and see exactly how people will be deceived in the end via an alien Messiah!

Also, if you know about the Illuminati, wait until you hear and see evidence of Illuminati/nephilim in these ancient artifacts—the number 13, 33, and a whole slew of all-seeing eyes! There is even a message in ancient writing that translates, “The son of the Creator Comes…” A message to mislead regarding the false Messiah? This video is packed-full of Illuminati/nephilim symbolism and messages of deception left for us by them!

For there shall arise false Christs, and false prophets, and shall shew great signs and wonders; insomuch that, if it were possible, they shall deceive the very elect. Matthew 24:24

And, here is a video that explains how pyramids are used to generate electricity! It’s very interesting, and the gentleman explaining it provides detailed diagrams.


HAARP, the Weather and Mind Control

Jim Marrs, the shows resident master of conspiracy, interviews the master of mind control about HAARP, the weather and the human mind. He is the son of Congressman Nick Begich, Sr., who disappeared on a flight from Anchorage to Juneau in October of 1972—shortly after Boggs had become the first member of the Warren Commission to question the ‘lone assassin’ theory. Their discussion of weather control, mind control and the possibility that scalar weapons that can cause earthquakes is harrowing and eye-opening.

HAARP is a target of conspiracy theorists, who claim that it is capable of modifying weather, disabling satellites and exerting mind control over people, and that it is being used as a weapon against terrorists. Such theorists have blamed the program for causing earthquakes, droughts, storms and floods, diseases such as Gulf War Syndrome and Chronic Fatigue Syndrome, the 1996 crash of TWA Flight 800, and the 2003 destruction of the space shuttle Columbia.

The Energetics behind the Design of Ancient Architecture revealed through 4D Computer Simulations.

Might these things play a role in the Tribulation judgments of the book of Revelation? They very well could! And, many scholars believe the opening of the Seals are man’s own doing! If that is the case, isn’t HAARP’s wicked destruction man’s own doing?

This is the video which discusses crystal, and so forth, from a Christian perspective. The discussion of the crystals is toward the middle if you want to skip ahead, as it is very long video!

Join Dr. Leonard Horowitz as he explores more than 3000 years of religious and political persecution by a secret cabal that has waged ceaseless wars, famines, plagues and propaganda campaigns against Earth’s people. Includes the details about ancient musical and mathematical codes linked to creation, destruction, and miracles, including the repair frequency of DNA the genetic blueprint of life. Ancient knowledge and modern science collide in this amazing 3-HOUR program.

Soul Deceiver. The world thinks he is their savior, but he is luring their souls on a one-way ticket to hell. If you like action, suspense, and mystery, check out Lyn Leahz’s Best Seller, Soul Deceiver, BOOK ONE in the fast-paced Eternal Soul Series. Recommended by international best-selling authors, Walid Shoebat & Joel Richardson .. It’s a page turner! CLICK BOOK PHOTO to find out more!