How to prevent fluoride from destroying your brain

by Vicki Batts
in Fluoride, Health
0

By now, it’s been well established that fluoride is not your friend. It’s a neurotoxic substance that is under constant scrutiny, and its presence in our lives has been heavily debated. Because it is found in most drinking water, toothpastes and other products, it is very difficult to avoid. Despite popular claims, fluoride really doesn’t offer much benefit to anyone when it is added to these products, and has many negative effects on human health. Brain damage is perhaps one of the most concerning aspects surrounding fluoride consumption.

In 2014, the journal Lancet Neurology declared that fluoride is a developmental neurotoxin. A meta-analysis of 27 cross-sectional studies was lead by Dr. Philippe Grandjean of the Harvard School of Public Health, and Dr. Philip Landrigan of the Icahn School of Medicine. The study analyzed the effects fluoridation had on children across the world, though most were from China. What the researchers found was shocking. Exposure to elevated levels of fluoridation led to a decrease in IQ of about seven points, on average. Most of the water supplies in the studies had fluoride levels that would be permissible by current EPA standards, of less than 4mg per liter. 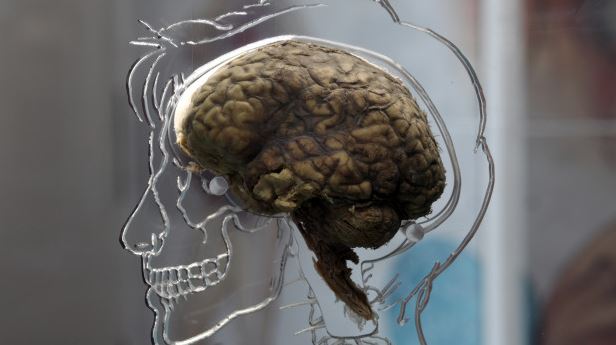 The effects of exposure to a neurotoxin such as fluoride are far-reaching, and often permanent. Autism, learning disabilities and other cognitive impairments that are generally not treatable are often the effects of such exposure. Studies have also suggested that consumption of fluoride can lead to the calcification of the pineal gland. The pineal gland is found in the brain, and is essential for a number of bodily functions.

The neurotoxic effects of fluoride are of utmost concern to many people, especially given that exposure is nearly unavoidable. Fortunately, however, there are natural ways to help protect your brain – even against neurotoxic agents like fluoride.

One of the best natural neuroprotective compounds available is curcumin. Curcumin is one of the active components of turmeric, a popular spice used in a variety of cuisines that’s also known for its medicinal properties. Curcumin is the compound which gives turmeric its amazing healing powers.

A study recently published in Pharmacognosy Magazine revealed that curcumin could help to mitigate the neurotoxic effects of fluoride. Researchers from the Sukhadia University in India led the study and sought to determine what, if any, neuroprotective benefits curcumin might offer against the damaging effects of fluoride. In studies of laboratory animals that were exposed to fluoride, those who received curcumin exhibited less oxidative neurological damage than those that did not get the supplement. This suggests that curcumin can help protect the brain against fluoride-related damage.

This study was not the first to find that curcumin is extremely beneficial for your brain. In fact, there have been over 200 studies that have suggested that curcumin is a neuroprotective compound. Curcumin doesn’t just provide protection against fluoride-related brain damage, either. Studies indicate that it may even help to protect against Alzheimer’s disease. Curcumin has the ability to help prevent amyloid plaque – a tell-tale feature of the disease – from forming, and may even help to dissolve plaques that have already begun to form.

Curcumin is known for its wide array of benefits for the body and brain. It can even help protect your brain against degenerative diseases and toxic substances like fluoride. What more can you ask for?