Is your child eating cancer-causing glyphosate for breakfast? Most likely, yes

Is your child eating cancer-causing glyphosate for breakfast? Most likely

Although there aren’t any genetically modified oats on the marketplace today, that doesn’t mean we should run to stores with open arms, thankful that we’re eating healthy foods. The truth is, products containing oats are typically sprayed with the cancer-causing herbicide ingredient — you know, the one that a division of the World Health Organization recently deemed “probably carcinogenic to humans” — known as glyphosate.(1,2)

See, unfortunately, it’s perfectly acceptable for non-GMO crops to be sprayed with glyphosate, so long as it’s done prior to planting or just before harvest. In the instance of non-organic oats, they’re sprayed with glyphosate (Roundup’s active ingredient), so they’re essentially in the same health-harming category as Roundup Ready GM corn, canola and soy.(2)

Now, armed with this information, consider what you or your child may typically eat for breakfast. If it’s a bowl full of oat-based cereal, chances are, it has its roots in glyphosate. Even worse, the issue isn’t going away anytime soon, considering the upsetting fact that the largest oat miller in North America, Richardson Milling, says it has no intention of stopping its sale of glyphosate-soaked oats.(3) 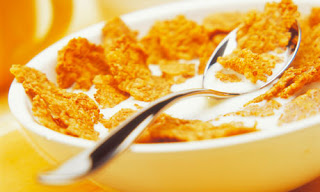 Tracey Shelton, director of corporate communications with Richardson International, said, “As a miller, we are not aware of any scientific assessment or findings that would suggest the quality or functionality of oat products are affected, when manufactured from oats treated with glyphosate.” Of course, with such a statement, we wonder what planet she may be living on, or why she’s not well versed in the latest glyphosate findings, as her comment represents utter disregard for all the information that has been widely publicized for years, but more so over the past few months.(3)

Terry Tyson, a procurement manager with the Canadian oat buyer Grain Millers, has noticed problems with their oats similar to frost damage. The issue was ultimately traced back to pre-harvest application of glyphosate. He’s also noticed changes in beta-glucan levels, which is basically the reason behind oat-based cereals carrying “heart healthy” claims. Tyson maintains that glyphosate has jeopardized these levels.(3)

Still, Shelton says that she’s not concerned about glyphosate. Of the ingredient, she says, “It’s not like we’re getting a lot of questions or requests.”(3)

So, essentially, that oat-based, heart-healthy breakfast that you and your children may be eating for breakfast is likely not so heart-healthy anyway, and worse, is contaminated with glyphosate. Sickening.

Shelton isn’t the only one standing by the pre-harvest use of glyphosate. It’s no surprise that Monsanto is on board with this. Still, it’s shocking to actually see their commitment to ill health sprawled out on the pages of one of their reviews. With two before-and-after images of corn, it touts the benefits of the chemical, stating, “Uneven maturity and green tissue delays harvest. Spraying glyphosate desiccates green foliage & stems.” A few sentences beforehand, it’s mentioned that “glyphosate is safe for humans, birds and the environment so long as it is applied carefully” and that it’s a great way to ripen uneven non-seed crops and control weeds prior to harvest.(4)

How you can help: Petition to get Roundup banned from Home Depot and Lowe’s

Clearly, Monsanto is going to cling to their belief that glyphosate can do no harm. However, we can rattle their cages by persisting in our quest to make its hazards known.

For example, why not consider signing a petition to ban their Roundup from being sold in Home Depot and Lowe’s stores? A petition for each store exists on Change.org; click here for Home Depot and here for Lowe’s.(5,6) The health hazards associated with Roundup’s glyphosate are outlined in each petition, followed by this statement:

Carrying this product is irresponsible and endangers the health of the public and particularly children. For that reason, Lowe’s should discontinue carrying and selling products containing glyphosate. Doing so would show that they care more about the public’s health and the communities that support them than they do about selling this product that has been linked to cancer and other health issues. Conversely, if Lowe’s were to ignore this petition and continue to sell glyphosate-containing products, it would show their customers and the communities who support their business that they value the sales of this product more than they value the health of you or your children.

The same statement is made on the Change.org petition for Home Depot.

Standing against the horror that is glyphosate is a necessity. While Monsanto sits back and watches their bank accounts thrive as people’s health falters, we can at least continue to stay informed and do our part by signing these petitions.