by Christina Sarich; The Mind Unleashed

Pharmaceutical antibiotics weren’t always around. Whatever did we do before companies like Roche , Merck , and Pfizer started making super-bug-creating, liver-damaging medications that also robbed us of our own innate immunity?

People used natural antibiotics that not only promote good bacteria in the intestinal tract, considered vital for a good immune system, but also made use of inexpensive ingredients that are antifungal, antiviral, antibacterial, and inflammation reducing.

In brief, we made our own remedies from nature’s pharmacopeia. 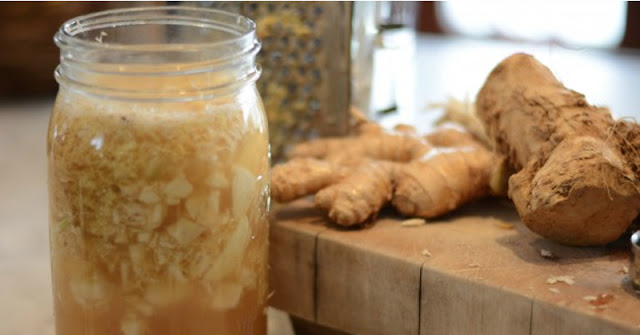 A DIY antibiotic remedy can be more effective than pharmaceutical drugs and less damaging to the liver.

If you drink the DIY antibiotic “stuff” I am about to tell you about on a regular basis, there’s almost no infection that can touch you. Here’s what the ten simple ingredients within it can do for you:


The Recipe for the DIY Natural Antibiotic Remedy

Place the above listed ingredients in a bowl, and mix except for the ACV. Set that aside. Fill a mason jar (or two depending on the size you have handy) with the ingredients. Fill the jar(s) about 2/3 full with dry ingredients, and then pour the ACV over the top. You want to cover the ingredients completely with the liquid. You can add a small amount of water if necessary. Close the jar, seal well, and shake.

Keep the jar of your DIY antibiotic remedy in a cool, dry place for two weeks without opening it. You will want to shake it up and allow the ACV to saturate the dry ingredients a few times a day, though.

After two weeks have passed, place a thin gauze over the top of the mason jar and strain out the liquid. Place that liquid in another air-tight container in your fridge and simply sip on it daily. If you want your mixture to be extra strong you can let it infuse in the fridge for another six weeks. Only a teaspoon or two taken regularly should act as a natural antibiotic/antiviral against any disease or infection you are exposed to.