by RE
in Conspiracy, Population Control
0

Now that the US Western empire has taken off the propaganda gloves and is going all out to demonize anyone who stands in the way of its PNAC-Neocon global domination (including seven countries in five years) plan by labeling the sovereign nations of Syria, Iran and Russia as the new “ axis of evil ” for destroying their ISIS proxy army that the West spent so much money, time and resources on, we shouldn’t be surprised that they are looking for new ways to improve their propaganda above and beyond the obvious recent photo of the Aleppo war-scuffed child paraded all over mainstream media as a reminder of supposed Russian evil aggression. The fact of the matter is that we are all now being schooled on supreme propaganda by the US government and CIA’s mainstream media in ways we’ve never seen before.

As if all the cheap propaganda tactics being pushed is not enough, just a few weeks ago I began noticing the Western mainstream media is circulating a theme originating from a section from the USA Today titled “ Were you paying attention this week? ” In this section readers are asked to answer multiple choice and true-false interactive-style questions based on the “answers” given to them by none other than their very own Western CIA-run mainstream media. Yes, I know, on the surface the typical unassuming American might say, so what, nothing wrong here. But is this really something innocent and not worthy of our attention? I believe it is very much something to take notice of given the times in which we live. As we speak there are probably teachers throughout the US making their students take this weekly quiz. All that aside, let’s look at the issue of propaganda in America. 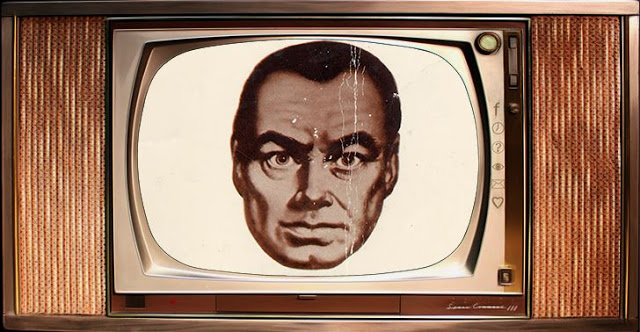 First, propaganda lies, stretching of the truth, hiding the truth and full-on deception is now 100% legal thanks to the 2012 NDAA (HR 4310) signed by Obama December 29, 2012. HR 4310 section 1078 officially, surreptitiously and conveniently authorized the use of propaganda inside the United States. Because of these new rules of (informational) engagement against the American people, the government and their mass media consider it fair game today to lie to the American people and the world and yet most Americans still have no idea this is the case. As a result, Americans and countries dominated by the Western empire are now being inundated with record propaganda and psychological operations geared at the unassuming masses.

With this propaganda machinery fully in place and operational today we shouldn’t be surprised that in light of the new world order mounting failures we are now seeing mind boggling levels of anti-Russia, anti-China, anti-anything-that-opposes-the-Western-cabal propaganda reminiscent of the 1940s and 1950s WW2 and Cold War propaganda when Americans were bombarded with commercials, advertisements, billboards, radio talk, movies, cartoons and TV pundits all ratcheting up ideas, one-liners, slogans, speeches and even songs all pushing Edward Bernays-style State propaganda . 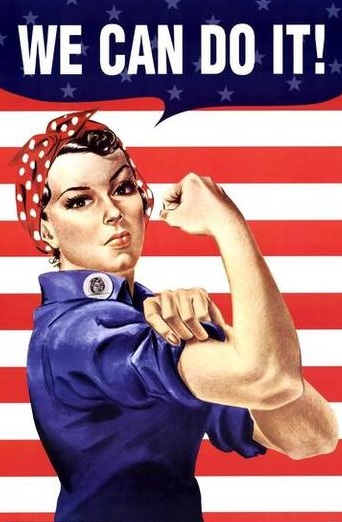 In the 1942 video below we can see that propaganda was left to the entertainment studios like Disney. Try to see the similarities today as Disney sells the idea that Americans should fund world wars with their tax dollars, an act that even Donald Duck approved!

Some of you may watch the above video and shake your head at the over-the-top shameless level of propaganda, but today we are in the exact same boat – only now the State itself is freely allowed to push this same Disney-style level of propaganda.

Were you paying attention?

So while the newly circulated “Were you paying attention?” USA Today quiz gets around here are a few things most people may not realize about these interactive quizzes.

1 – They are designed to further authenticate the stories we’re told by mainstream media.

2 – The quizzes suggest that the news is objective truth similar to an educational course in math or science.

3 – The quizzes intentionally mix objective truth with State lies. For example, in one of the quizzes I took, the fourth question was related to Hillary Clinton’s landslide “approval” results over Trump amongst younger people claimed by the mass media. Is anyone surprised by this? And notice how her picture is framed so that the viewer absorbs the Hillary advertisement without knowing it.

4 – The thing that jumped out at me the most was that the quizzes are designed to keep you focused on unimportant junk news because the ruling elite know that as long as you are an expert at celebrity gossip and entertainment you are likely not going to be aware of the real-time news and events that are happening globally that really do matter and affect all of our lives.

Finally, in the aftermath of the Orlando nightclub psyop false flag staged “event” of June 2016 we saw the release of 3-D special animated recreations of the event selling us the entire “story” (literally) in the 2-dimensional format without the need for any authentic proof of any of the claims. This reminded me how the controllers are always looking for new fun interactive ways to sell you their stories to brainwash you and keep you distracted; this latest “quiz” series by USA Today is no different.

Bernie is a revolutionary writer with a background in medicine, psychology, and information technology. He is the author of The Art of Overcoming the New World Order and has written numerous articles over the years about freedom, government corruption and conspiracies, and solutions. A former host of the 9/11 Freefall radio show, Bernie is also the creator of the Truth and Art TV project where he shares articles and videos about issues that raise our consciousness and offer solutions to our current problems. His efforts are designed to encourage others to joyfully stand for truth, to expose government tactics of propaganda, fear and deception, and to address the psychology of dealing with the rising new world order. He is also a former U.S. Marine who believes it is our duty to stand for and defend the U.S. Constitution against all enemies foreign and domestic. A peace activist, he believes information and awareness is the first step toward being free from enslavement from the globalist control system which now threatens humanity. He believes love conquers all fear and it is up to each and every one of us to manifest the solutions and the change that you want to see in this world, because doing this is the very thing that will ensure victory and restoration of the human race from the rising global enslavement system, and will offer hope to future generations.