Consuming portobello or shiitake powder may protect your arteries from the detrimental effects of a high fat diet, according to findings presented at Experimental Biology 2017.

Mushrooms are known for their immune system boosting properties as well as treatments for anxiety and anti-cancer capabilities .

For centuries, mushrooms have been used as medicinal plants, and, more recently, have been a growing component of a healthy diet. Mushrooms are low in sodium and are good sources of fiber, bioactive compounds, selenium, potassium and vitamin D, all which may contribute to a healthy heart through anti-inflammatory and anti-atherogenic activities. While several types of mushrooms have been studied for their effects on serum lipid profiles, few studies have demonstrated edible mushrooms’ effects on atherogenesis. 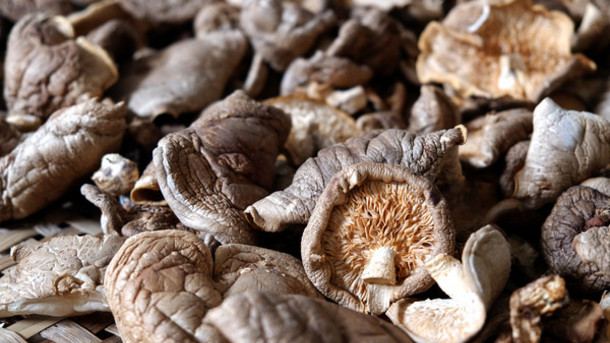 “Despite the low body weight gains, EchoMRI analysis of body composition revealed that the overall lean mass was not affected as significantly as fat mass, indicating a plausible positive effect of mushrooms on fat metabolism and lipid profiles,” wrote the researchers in their abstract, published in the FASEB Journal .

Consumer interest in mushrooms and their potential health benefits has been growing in recent years, with demand for Reishi, Chaga, Shiitake, Maitake, and the rest has never been higher and the global market was pegged at $18 billion in 2014 (up from $6 billion in 1999).

SPINS data shows surging sales of products with various types of mushrooms as primary ingredients across the natural, specialty and conventional multi-outlet retail channels. Reishi was up 91% for the 52 weeks ending September 4, 2016 versus the previous 52 weeks. Impressive growth is also being posted for Chaga (up 46%), Cordycep (up 19%) and Shiitake (up 26%),

“While several types of mushrooms have been studied for their effects on serum lipid profiles, few studies have demonstrated edible mushrooms’ effects on atherogenesis,” explained the Tufts researchers in their abstract.

L-ergothioneine was first isolated as a natural compound from rye ergot (Claviceps purpurea) in 1909. It is naturally present in small amounts in food sources like mushrooms, some varieties of black and red beans (Phaseolus vulgaris) and cereals.

The human body has a dedicated transporter for the molecule, which is a potent antioxidant.

After 16 weeks of feeding, the results showed that animals from both mushroom groups had reduced body weight gains, compared to the other dietary groups, with the weight gain lower in the shiitake group compared to the Portobello group.

Additional analyses showed that only mice fed the shiitake powder had significantly fewer aortic lesions compared to the high fat control mice and the control mixture.

“These results further support the potential role of high levels of bioactive compounds such as ergothioneine, a strong antioxidant in [shiitake mushroom], on suppression of dietary fat induced atherosclerosis, an inflammatory disease of arteries,” wrote the researchers.