by RE
in Chemtrails, World Truth
0

For years the federal government and others have labeled those who warned about chemicals being sprayed on populations – chemtrails – as conspiracy theorists, but the nation’s space agency has just admitted that the “conspiracy” theorists were 100 percent correct.

As reported by The Waking Times, a NASA scientist has admitted that his agency is placing lithium in rocket exhaust ( listen here ), which is then dispersed through the atmosphere. What’s more, lithium release has been taking place on and off since the 1970s, Rowland admits on the video, which is actually a taped recording of a phone call.

Though Rowland said that lithium does not hurt the environment, the compound itself was used as a psychiatric medication for decades. It works by altering levels of serotonin and norepinephrine that are secreted by the human endocrine system. Lithium strongly alters brain patterns, but in the recording Rowland claimed that “it is not dangerous.” 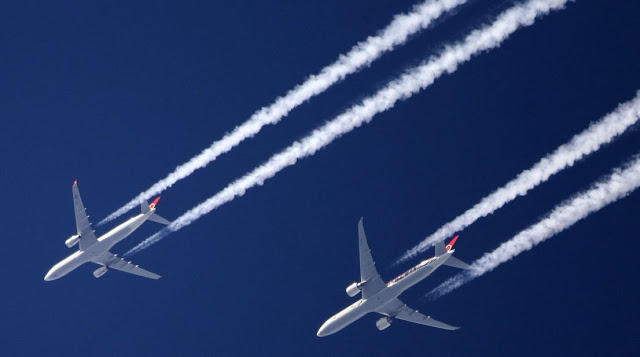 The reality is that even physicians who regularly prescribe the drug for psychiatric reasons don’t understand how it works , or what the proper dosing levels should be. So how can spraying large amounts of the compound into the atmosphere indiscriminately ever be a good thing?

NASA has the explanation. On the space agency’s website , it claims that NASA pursues lithium releases in order to study wind movement in the upper atmosphere, with the purpose being to analyze data about charged – or ionized – gas (called plasma), as well as the neutral gas that it travels through.

The agency says that the variations matter, because all GPS and communications satellites send their signals through the ionosphere, and “a disturbed ionosphere translates to disturbed signals,” so it is necessary to know what causes the ionosphere to act in certain ways.

Besides mind-altering lithium, others have tried aerosol vaccines – spraying populations with vaccines without their knowledge or permission – as this study abstract denotes. Several thousand people have been aerosol-vaccinated “for many years” in Russia with “live-attenuated strains against many diseases.” Also, there have been exhaustive field trials in South America using live-attenuated measles vaccine, which were reported successful. Good results were also reported using an aerosol to vaccinate against influenza A.

“The aerosol mode of vaccine introduction, which best follows the natural route of many infections, may first lead to development of immunity at the portal of entry, and may also induce a more generalized defense,” the researchers stated.

The study noted further that the optimal method of aerosol vaccine is through the nose, which is considered better for pediatric and geriatric populations.

“We conclude that aerosol immunization seems a promising method of vaccination,” the study’s authors conclude.

As for the lithium, it is not a drug that should be spread throughout the atmosphere, because, again, doctors and scientists really don’t know what dose levels are effective and which are too much.

Rowland, in his taped conversation, promised to respond to specific questions if he was emailed. He also said that the space agency welcomed such inquiries from the general public because informing people is a core mission of NASA.

If that’s true, then why are other government employees in key agencies under gag orders regarding discussions of chemtrails ?

If you’re still not ready to believe that the U.S. government is capable of distributing aerosol lithium thermite via chemtrail, this public document – Code 840 RMMO from the Wallops Range and Mission Management Office – should put your doubts to rest. It specifically states in a 2013 mission statement that the “purpose” of the launch is “to test the loading methods for lithium canisters” that were to be flown in subsequent missions. The results? “Thermistor data looked nominal. Good report from airborne optical platform of recorded video and lithium clouds also visible by ground observation.”

The U.S. government has treated Americans as guinea pigs in the past; anyone who would think that it has discontinued the practice is just naive.