NASA Confirms: “Marijuana Contains “Alien DNA” From Outside Of Our Solar System”

by RE
in Health, Hemp, World Truth
0

Whoa – is that ever a headline! And have we ever got some huge news to share with you!

Unfortunately, it’s not what you think. In fact, it has nothing to do with stoners from out of space.

Now that you’re here, though, you can help prove some research recently into social media sharing behavior. In particular, there’s a large population of social media users who don’t read the things they share. 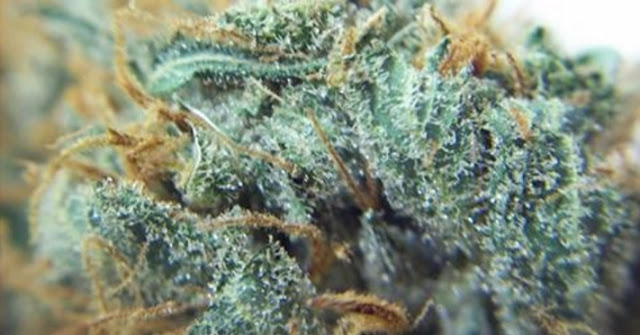 This isn’t a new phenomenon.

In fact, last year, NPR shared an article titled “Why doesn’t America read anymore?” The April Fools joke, of course, was that there was no article – it was a blank link. That, of course, didn’t stop plenty of people from weighing in with an opinion on an article they hadn’t read.

Yackler did similarly, and we’ve now had a chance here to do the same.

Computer scientists at Columbia University and the French National Institute recently looked into this phenomenon. Using a dataset of over 2.8 million online news articles shared via Twitter, they found that up to 59% of the links shared were never clicked by those sharing the article. The results certainly seem to suggest that social media users are far more likely to share something than click it and read it.

“People are more willing to share an article than read it,” the study’s co-author Arnaud Legout said in a statement, Washington Post reports . “This is typical of modern information consumption. People form an opinion based on a summary, or a summary of summaries, without making the effort to go deeper.”

In the words of one participant from the study: “I try to share only information that will reinforce the image I’d like to present: thoughtful, reasoned, kind, interested and passionate about certain things.”

It also raises the question of whether online media is just a massive “ echo chamber ,” where we all just like pages and viewpoints that reinforce our own beliefs and are not interested in information for the sake of information.

Even the algorithms of social media sites mean that individuals or pages that you tend to click on, like, or share – which are most often the articles or viewpoints that you agree with – will more frequently turn up on your News Feed. Cognitive dissonance frequently results, as we’re less exposed to viewpoints other than our own.

As a user of online media, you’re probably quite aware of this.

Take a look at any comment on social media pages, including those, of course, on our Facebook page. It’s particularly noticeable on the more “emotive” and controversial of subjects; think climate change, GMOs, vaccinations, aliens, and a lot of our articles on marijuana, where the top comments often repeat or question something that is fairly explicitly in the article, but not the headline.

So, if you are one of the lucky few who managed to click and read this article, we congratulate you! Although we do apologize for the misleading headline. In the meanwhile, have fun sharing the article and seeing who manages to chair a discussion on marijuana genetics, without ever reading it.