Next Story Ancient Egyptian Art As A Portal To Consciousness

I have been fascinated by Egypt ever since a friend who lived near the Mayan Ruins in Cancun gave me a book about the Great Pyramid of Giza.

From this introduction I was exposed, for the first time, to the idea that the Great Pyramid, rather than being a tomb for a pharaoh, was actually a repository of ancient wisdom and conveyed in its proportions mathematical and astronomical relationships that were not known to modern science until recently.

I followed up by reading Secrets of the Great Pyramid by Peter Tompkins, which explored these relationships in more detail and included an appendix by mathematician Livio Stechini. Tompkins provided a history of efforts to explore the pyramid of Giza and some of the stark experiences of many, including Napoleon, when left alone in the Kings Chamber. 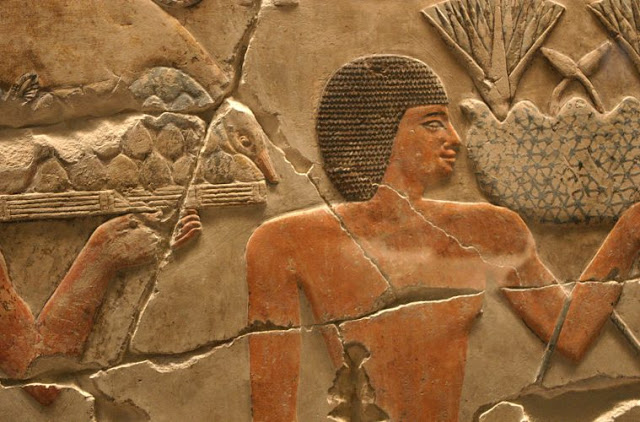 Tompkins came away from his research convinced that the pyramid had been the location of a mystery school in the ancient science of an even older civilization and repository of its wisdom – a theory later substantiated by the work of Graham Hancock who points out that recent geological discoveries confirm the likelihood of an “extinction level event” that wiped out a prior advanced civilization.

Graham’s theories support the notion that the Great Pyramid was meant as a reminder for the future of what was lost in that cataclysm.

At around the same time, I was also interested in the psychological and metaphysical theories of G.I. Gurdjieff, who had spoken about having seen a map of “pre-sand” Egypt with the Sphinx depicted much earlier than recently thought. These theories also resonated with the work of Robert Schoch who also used geology to suggest that striations at the base of the Sphinx resulted from rain or water erosion – hard to imagine in the Sahara in its present form.

Gurdjieff, as it turned out, had spent many years as a guide in Giza before bringing forth his own teaching, and he suggested that he might have been initiated in the mysteries of the ancient world.

But much of my own insights coalesced when I began to read The Temple in Man: Sacred Architecture and the Perfect Man by R. A. Schwaller de Lubicz, who discovered through research at the Temple of Luxor that it is actually a perfectly detailed depiction of human anatomy. 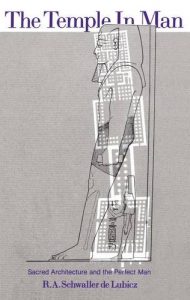 This suggested to me that the ancient science of Egypt not only merged what we separate as science v. spirituality but also addressed the mind-body dichotomy without, again, any of the separation required in our current dualistic science.

As the narrator in an early episode of Magical Egypt explains, “the temple itself was the technology of transformation” – its inner form and architecture as a precise depiction of the human form shaped the understanding of the mystery schools.

When I watched Episode 2 Magical Egypt it blew me away because it reminded me of Schwaller’s work and that of others like John Anthony West and Graham Hancock – but it went a few steps further.

In addressing the possible teachings of the Egyptian mystery schools the program suggests that the scientific information known to the Egyptians related to a Science of Consicousness.

The program reminds us again that there is compelling evidence that a great deal of ancient Egyptian art was actually a depiction of the human form (Temple of Luxor/Man) and more specifically, the brain as a conduit (not merely the seat) of consciousness.

This truly brings to life Eckhart Tolle’s wonderful concept of the “intelligence that runs your body” (circulation, digestion, respiration, etc.) being infinitely more intelligent than the thoughts of your conditioned mind.

What this suggests is that ancient societies like the Egyptians, rather than worshiping primitive deities, actually understood and revered the intelligence of Nature. In the case of Egypt the “neters” or energies of nature like the wind or flood were probably seen as living intelligence.

Episode 2 of Magical Egypt features graphic artist and illustrator Brad Klausen, who is well known in music circles as the creator of powerful artwork for major groups like Pearl Jam.

Klausen describes how his foray into ancient Egyptian art led him to study the brain and become well-versed in neuroscience because what he found as he investigated various aspects of Egyptian shapes was that they faithfully depicted anatomical areas of the body and more specifically little known relationships and part of the human brain.

If anatomy and energy are ineffably and intimately connected (not separate) then an in-depth knowledge of the workings of the brain would be requisite for a real knowledge of mind and consciousness.

Klausen uses exquisite graphics to show definitively that many Egyptian sculptures and paintings depicted shapes that are clearly similar to the parts of the brain, down to details like the pineal gland and its location.

He goes on to suggest that even the earliest works of art known, like the supposed “fertility symbols” of the ancient world like the Venus of Willendorf actually depicted significant aspects of brain anatomy.

Many of the “rogue archeologists” – beginning with Schwaller and also Gurdjieff – have suggested that this precise knowledge of the human form and its ability to “tune into” consciousness as a received or energy supports the Hermetic credo of “as above so below.”

Such hidden meaning in art was also apparent in the Renaissance.

In the Creation of Adam in the Sistine Chapel, parts of the brain seem to be outlined in the image of God, according to Klausen in Magical Egypt, and according to neurologists as well. 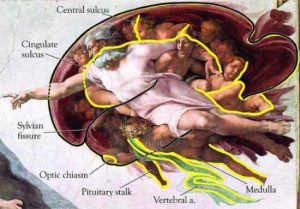 If one looks at the full painting it is quite likely that the tiny “gap” between God and Adam also represents the synapse – or the “no thing” from which thought emanates and where Mind may reside.

From this perspective humanity is a lower form of the highest scale – what Schwaller referred to as the “anthropocosmos” – which from the perspective of consciousness as primary would suggest a mental projection of sacred geometry and Plato’s forms into material space.

Such insights assign to the human form a primary significance as the micro reflection of the macro (intelligent) universe in which the higher intelligences (Neters) are worshipped as reflections of the divine order (Maat).

These ideas that emanate from ancient wisdom are a profound departure from the current self-anointed status of science as being an objective knowledge of nature independent from human sensory capacity and awareness.

If anything, these theories suggest the validity of the ideas of other scientists, like Dr. Robert Lanza, and his theory of Biocentrism.

If you are interested in these ideas I highly recommend a look at Magical Egypt.