Epigenetics is a branch of biology which studies how the development and functioning of biological systems are influenced by forces that operate outside of the DNA sequence. Within the past few years alone, remarkable discoveries have been made which demonstrate that our thoughts, emotions, feelings, and overall perception of the world/environment around us can actually have physical/biological effects on our DNA.

Adding further complexity to our often mystifying genetic code, research from Emory University School of Medicine in Atlanta, Georgia has shown that it’s possible for information to be inherited biologically through our DNA. More specifically, their research shows that behaviour can be affected by events in previous generations which have been passed on through a form of genetic memory.

Published a couple of years ago in the journal Nature Neuroscience , the findings of this study corroborates with other recent research in the field.( source )( source ) 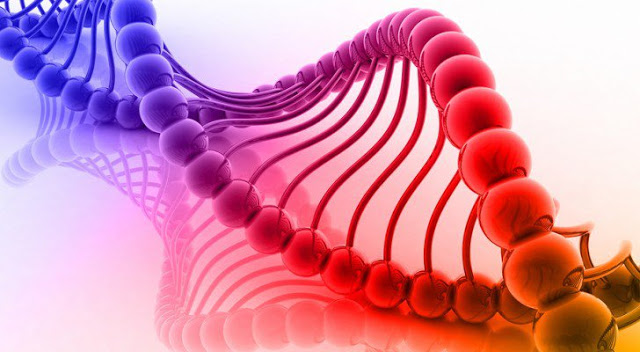 The study found that mice can pass on learned information about traumatic or stressful experiences to subsequent generations — in this case, the smell of a cherry blossom. These results could explain why people suffer from phobias, or why certain behaviours or thoughts are triggered by particular objects or situations:


From a translational perspective, our results allow us to appreciate how the experiences of a parent, before even conceiving offspring, markedly influence both structure and function in the nervous system of subsequent generations. . . . Such a phenomenon may contribute to the etiology and potential intergenerational transmission of risk for neuropsychiatric disorders such as phobias, anxiety and post-traumatic stress disorder. (source)

As part of the study, researchers trained mice to fear the smell of cherry blossom using electric shocks before allowing them to breed. After this training, they were allowed to mate, and the offspring also showed the same fearful responses to the odour of the cherry blossom when compared to a neutral odour (despite never having encountered either before). The generation after the offspring demonstrated the same behaviour as well, and these results remained constant even when mice were impregnated through artificial insemination.

This suggests that experiences and their effect on our psyche are somehow transferred from the brain and into the genome, allowing them to be passed on to later generations.
In an interview with The Telegraph, Professor Marcus Pembrey, a paediatric geneticist at University College London, said the work provided “compelling evidence” for the biological transmission of memory. ( source ) He went on to state that:

It addresses constitutional fearfulness that is highly relevant to phobias, anxiety and post-traumatic stress disorders, plus the controversial subject of transmission of the “memory” of ancestral experience down the generations. . . . It is high time public health researchers took human transgenerational responses seriously. . . . I suspect we will not understand the rise in neuropsychiatric disorders or obesity, diabetes and metabolic disruptions generally without taking a multigenerational approach.” (source)

You Can Change What Has Been ‘Encoded’ Into Your DNA

Researchers at the Institute of HeartMath, an internationally recognized non-profit scientific research center, have found that feelings of love, appreciation, anger, and anxiety can also influence the outcomes of each individual’s DNA blueprint.

For example, in a study titled “ Modulation of DNA Conformation By Heart-Focused Intention ,” physical aspects of DNA strands were shown to be influenced by human intention:

The results provide experimental evidence to support the hypothesis that aspects of the DNA molecule can be altered through intentionality. . . . The data indicate that when individuals are in a heart-focused, loving state and in a more cohernent mode of physiological functioning, they have a greater ability to alter the conformation of DNA. Individuals capable of generating high ratios of heart coherence were able to alter DNA conformation according to their intention. . . . Control group participants showed low ratios of heart coherence and were unable to intentionally alter the conformation of DNA. (source)

The theory of genetic determinism — the idea that our lives are controlled by a genetic code — has dominated this field for years. Leading developmental biologist Dr. Bruce Lipton, Ph.D, explains:

This kind of belief system provides a visual picture of people being victims: If the genes control our life function, then our lives are being controlled by things outside of our ability to change them. This leads to victimization that the illnesses and diseases that run in families are propagated through the passing of genes associated with those attributes. Laboratory evidence shows this is not true. (source)

Recently (and for the first time ever), researchers were able to construct a gene network which can be controlled by thoughts. Martin Fussenegger, a professor at ETH Zurich, led the research project which shows the powerful potential of thought. You can read more about that here.

Neuroplasticity is a great example of this power, demonstrating how we can change our genes by changing our thoughts and the way in which we perceive our environment. The placebo effect is another great example.

A 2002 article titled “The Emperor’s New Drugs,” published in the American Psychological Association’s Prevention & Treatment and conducted by University of Connecticut psychology professor Irving Kirsch, made some more shocking discoveries about the power of the mind.( source )( source ) He found that 80 perecent of the effect of antidepressants, as measured in clinical trials, could be attributed to the placebo effect. This professor even had to file a Freedom of Information Act (FOIA) request to get information on the clinical trials of the top antidepressants.

A Baylor School of Medicine study, published in 2002 in the New England Journal of Medicine, ( source ) looked at surgery for patients with severe and debilitating knee pain. Many surgeons know there is no placebo effect in surgery, or at least believe this to be true, yet this study yielded surprising results to the contrary. Patients were divided into three groups. For one group, damaged knee cartilage was shaved off by the surgeons. For the second group, surgeons flushed out the knee joint, removing all of the material believed to be causing inflammation. Both of these processes are the standard surgeries performed on people who have severe arthritic knees. The third group received a “fake” surgery; the patients were only sedated and then told they had received surgery. In reality, doctors simply made the incisions and splashed salt water on the knee as they would in normal surgery, then sewed up the incisions. All three groups went through the same rehabilitation process, and the results were astonishing. The placebo group improved just as much as the other two.

The list of examples showing the potential power of our minds is extensive. Your genes and DNA are not set in stone, you have the power to change your biology with belief.

Below is a lecture from Dr. Bruce Lipton, as well as a related CE article that goes into more detail regarding the power of consciousness.

Book recommendation to learn more about this topic: The Biology of Belief