Is there a link between vaccines and autism? Robert De Niro wants to know the truth – once and for all.

In a stance that appears to be in opposition of his decision of just a few weeks ago, actor Robert De Niro told the NBC Today show’s audience Wednesday that he has not given up on his fight to uncover the truth about vaccines and their potential link to autism. 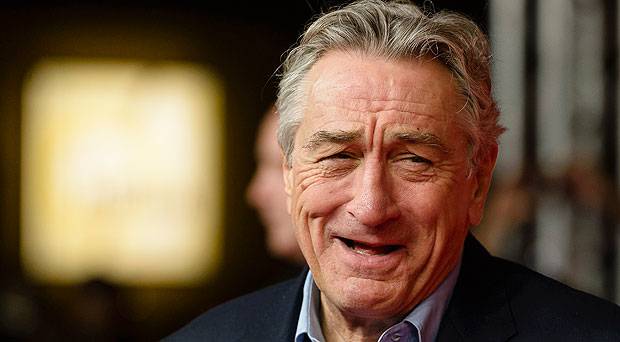 De Niro’s comments came when he was asked by the show’s hosts about his decision late last month to pull the film, “ Vaxxed: From Cover-up to Catastrophe ,” from the lineup of the Tribeca Film Festival.

But if he was pressured into pulling the film, De Niro seemed during the recent Today show interview to have regained his original passion for the issue. Characterizing himself as not being “anti-vaccine,” De Niro spoke of his experience as the parent of an autistic child, and consistently called for the truth to be uncovered about vaccination safety and the corrupt pharmaceutical industry.

See for yourself how Robert De Niro reacts on The Today Show. (it’s brilliant!)

Keeping the truth about vaccine dangers away from the public eye

“Vaxxed: From Cover-up to Catastrophe” is a film exposing how a trusted employee for the Centers for Disease Control and Prevention (CDC) covered up data linking autism with the measles-mumps-rubella (MMR) vaccine. The film was expected to be a part of the Tribeca Film Festival in New York City this month. After praising the film as an important platform for meaningful discussion, De Niro later made a last-minute decision to remove the film from the festival’s lineup amidst speculation that he had been pressured by the powerful, corrupt pharmaceutical industry to keep the truth about vaccine dangers from being seen.

De Niro appeared on the show as one of the founders of the prestigious film festival, along with co-founder Jane Rosenthal. But while De Niro continued to express concern over the safety of vaccines and integrity of government oversight throughout the interview, Rosenthal tried in vain to steer the discussion to other aspects of the festival.

In an obvious attempt to refute public perception that she and De Niro had given into pressure from the pharmaceutical industry, Rosenthal insisted it was filmmakers (not sponsors or donors) who threatened to boycott the festival – unless the film was pulled from the lineup. De Niro jumped in, stating, “I find that amazing, and we are going to talk about that.” He later added that at the time, he did not even want to ask where the resistance was coming from, “But now I will ask.”

When Rosenthal further attempted to move the interview away from the topic of vaccine dangers by pointing out that the festival had included a film on the life of a family with an autistic child, De Niro became visibly agitated , interrupting her and pointing out that the documentary she was referring to was beautiful, but did nothing to further the debate over vaccine dangers.

“Nobody seems to want to address that or they say they’ve addressed it and it’s a closed issue,” De Niro said. “But it doesn’t seem to be, because there are many people who will come out and say like, ‘No, I saw my kid change overnight. I saw what happened and I should have done something – and I didn’t.’ So there’s more to this than meets the eye, believe me.”

De Niro was pressed about whether his opinion on the issue might unduly cause parents to shy away from vaccinating their children. De Niro was unwavering, calling such responses “knee jerk reactions” and the quoted statistics “inaccurate.” Pushed further, he reminded his hosts, “It (vaccinating children) does benefit the big drug companies.”

De Niro: All I wanted was for the movie to be seen

De Niro was asked if he had any regret about his earlier decision to pull the controversial film. De Niro said, “part of me does and part of me says, let it go for now and I will deal with it later in another way, because I didn’t want the festival to be affected in a way because it was like a knee jerk reaction … especially from the filmmakers.”

When Today show host Willie Geist questioned how De Niro could disagree with what Geist characterized as consensus in the scientific community that there is no link between vaccinations and autistic children, De Niro did not hesitate saying, “I believe it’s much more complicated than that. There is a link and they’re saying there isn’t. Let’s just find out the truth…let’s just find out the truth.”

De Niro questioned why it is accepted that some people are deadly allergic to certain antibiotic injections, but not that some may be susceptible to vaccine dangers. “There is something there that people aren’t addressing. And for me to get so upset today on the Today show with you guys, means there’s something there,” he explained. “That’s all I wanted was for the movie to be seen. People can make their own judgment, but you must see it.”

If De Niro had taken the stance earlier and stood up to supposed naysayers, people would have had the opportunity to see “Vaxxed: From Cover-up to Controversy” as part of the film festival. Thankfully, the film’s producer and director have vowed the world will not be denied the truth. Perhaps De Niro’s latest change of heart will help make that happen.

Editor’s note: Click here to learn more about the movie Vaxxed: From Cover-up to Controversy”