Russian President Vladimir Putin participated in the Valdai Club meeting in Sochi on Friday. In which he talked about New World Order.

The Valdai International Discussion Club unites leading world political analysts and experts who study Russian economy, culture and other spheres. Its first meeting was held near Lake Valdai, north-western Russia. The club, created in September 2004, meets annually in various Russian regions. Over the ten years, more than 600 experts from 47 countries have participated in its discussions. 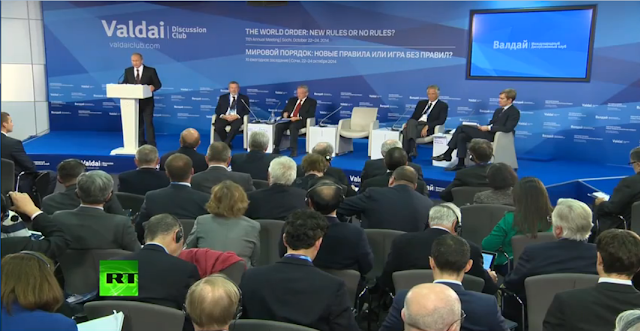