Russian scholars unlock the secret of the mysterious Voynich manuscript

Experts previously thought it impossible to decipher the medieval text.

Mathematicians at the RAS Institute of Applied Mathematics concluded that the Voynich manuscript was written in two languages, except for the vowels, reported RIA Novosti.

The manuscript, which is kept at Yale University’s Beinecke Rare Book & Manuscript Library, is an illustrated medieval codex written by an unknown author possibly in northern Italy between 1404 and 1438. 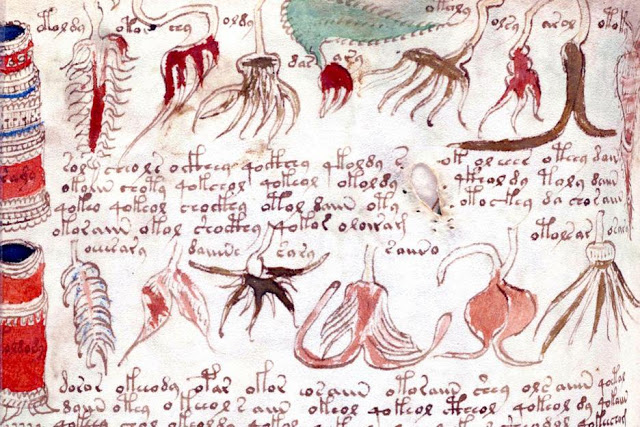 Researchers have been trying to decipher its bizarre script for 600 years, but the text has beguiled even the brightest minds. The manuscript bears the name of the antiquarian book dealer and former anti-Tsarist Polish revolutionary, Wilfrid Voynich (1865-1930), who rediscovered the artifact in 1912 in Villa Mondragone outside of Rome, which was then used as a Jesuit college.

Besides the mysterious text, the manuscript has more than 200 illustrations, half of which are herbal, with the others pertaining to pharmaceutical, biological, and astronomical topics. This has led scholars to believe that the manuscript’s main purpose is a form of medieval medicine.

After conducting a statistical analysis of the text, Russian experts believe it’s encrypted in the following way: vowels and spaces are removed from the text. The collection of symbols is united in a new text, bestrewed with spaces beforehand. They estimate that about 60 percent of the text is written in English or German, and the other part in one of the Romance languages – possibly Italian or Spanish, or even Latin.

“Still, I don’t know why understanding the text can be important today because, judging by the drawings, it explains in what part of the year you need to sow poppy seed in order to later obtain opium,” said the research’s co-author, Yuri Orlov, adding that it’s impossible to restore the entire text without vowels because there are various interpretations of the most important words.

In the past, specialists from the CIA and NSA tried, and failed, to decipher the manuscript. Cryptologist Gordon Rugg once speculated that the manuscript might be a fake because it makes no sense.