by RE
in Cancer, Health, Healthy Foods
0

In recent years, the term “plant medicine” has come to be associated with psychedelics like mushrooms and ayahuasca, which are increasingly documented to provide mental and emotional relief to users. But according to a recent analysis from Kew Gardens in the United Kingdom, there are over 28,000 other plants currently being used as medicine throughout the world.

The second annual report from Britain’s Royal Botanic Gardens at Kew, located in London, is the result of the research and analysis of 128 scientists from 12 countries around across the globe.

According to their findings, there are 28,187 plants “currently recorded as being of medicinal use.” 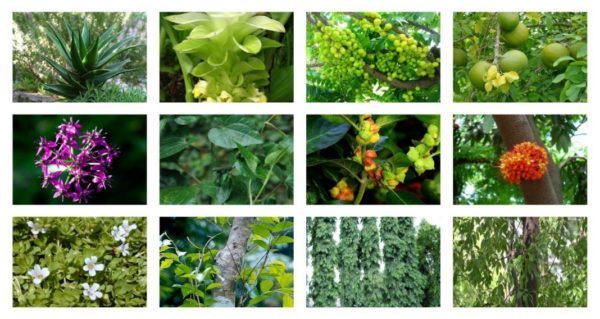 Though plant medicines are making their way into the mainstream, the researchers note that currently, just “16% (4,478) of the species used in plant-based medicines are cited in a medicinal regulatory publication.” Even so, they note data on drugs approved by the FDA and similar agencies:

“Since 1981, 1,130 new therapeutic agents have been approved for use as pharmaceutical drugs, of which 593 are based on compounds from natural sources. Thirty-eight are derived from medicinal plants. Fifteen of the 56 natural drugs registered for the treatment of cancer since 1980 are derived from medicinal plants with a long history of traditional use.”

They note, for example, that “The anti-cancerous drugs vincristine and vinblastine are derived from the Madagascar periwinkle, Catharanthus roseus in the Apocynaceae family.”

“For example drugs based on Paclitaxel have been isolated from the yew tree (Taxus spp.), Camptothecin from the happy tree, (Camptotheca acuminata) and Podophyllotoxin from the May apple (Podophyllum hexandrum and P. peltatum).”

Further, researchers have discovered over 1,000 species of beneficial plants since their survey last year. As Yahoo News summarized , “new plants discovered over the past year include nine species of a climbing vine used in the treatment of Parkinson’s disease.”

“The report said two plants, artemisinin and quinine, are ‘among the most important weapons’ against malaria, which killed over 400,000 people in 2015,” Yahoo summarized.

According to Monique Simmonds, deputy director of science at Kew, “The report is highlighting the huge potential that there is for plants, in areas like diabetes and malaria,” Yahoo reported. “One study documents 656 flowering plant species used traditionally for diabetes, representing 437 genera and 111 families,” the report explains.

It also points out that of “only five drugs developed specifically for the symptomatic treatment of Alzheimer’s disease, two are derived from plants.”

Though their report offers great promise, they highlight some pitfalls. Stressing that correct labeling of plant medicines is vital, they explain:

“Product labeling is frequently misleading, with the trade name ‘ginseng’, for example, referring to 15 different species of plant, each with its own particular chemistry and therapeutic properties[10]. Substitution by a Belgian clinic of one Chinese medicinal herb (‘Fang Ji’) with another sharing the same name, led to over 100 patients requiring kidney dialysis for the remainder of their lives.”

They also point out the threat to the plants themselves.

“Increasing demand for herbal medicines (particularly for species covered by pharmacopoeias) threatens wild populations of many of these plants,” they note, adding that “ the focus of world trade on relatively few species of medicinal plants leads to sustainability and conservation issues, which ultimately lead to other plants being substituted, with potential risks to human health.”

They advocate more precise scientific labeling of plants and more “clarity on which plants have or have not been studied in drug discovery programmes.”

“Such approaches,” they contend, “will be hugely important in improving our ability to realise current and future medicinal benefits from plants.”

As pharmaceutical drugs continue to wreak hazardous consequences, the healing power of natural plants appears to hold great promise for humans seeking treatment without the chemical side effects of current popular medicines.