There’s an active phyto-compound found in cruciferous vegetables like broccoli, cauliflower, mustard seed, kale, etc. that you’re going to want to know more about, if you aren’t already familiar with it. Sulforaphane is cancer preventative, promotes heart health, induces better brain functioning in autistic children, slows aging, and acts as a powerful nootropic, halting inflammatory factors in the body linked to everything from depression to obesity.

It’s an absolute powerhouse, but you have to use it correctly. Dr. Rhonda Patrick passionately discussed sulforpahane at length in an interview recently, but following are the highlights. 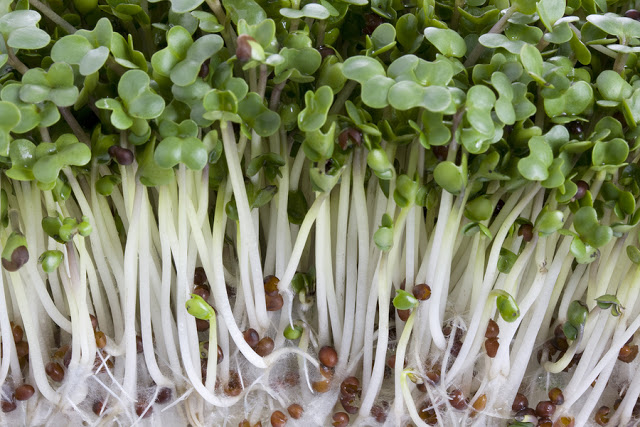 Sulforaphane is a precursor nutrient. Meaning, when it enters the body, it starts out as something else and is processed into the super beneficial compound which can stop cancerous tumors from doubling, and help diabetics to balance their blood sugar levels, among hundreds of other clinically-proven health benefits. It is stored as a precursor, and only because bio-active if it is chopped or chewed.

Essentially, the plant fibers have to break down for sulforaphane to be released. This happens due to the plant’s natural immune response, and as a way to protect itself from being chomped by insects, or other pests. Once the plant fibers are broken (as when we chew our food) the plant compounds enter our bodies as sulforaphane.

The Incredible Benefits of Sulforaphane

There are literally hundreds of health benefits for this plant compound, but some mentioned enthusiastically in the interview include:

The Best Source of Sulforaphane

The precursors to sulforaphane are available in any cruciferous vegetable:

Another tip from Dr. Patrick is to freeze the sprouts, and then blend them in a smoothie. The freezing of the plant leafs cause them to break down, making more sulforaphane, as does the blending.

This makes the most amount of the compound available to the body as possible. She tells Joe Rogan in the interview that you can watch below starting at around minute 32, that she found she needed half the dose when freezing her broccoli sprouts to get the same effect. She also said that those who routinely blend broccoli sprouts into their smoothies will find that they get an extra boost of energy and altertness, akin to the feeling one gets after drinking coffee.

Dr. Patrick also advises that you eat your cruciferous vegetables raw, because another plant compound called myrosinase, which allows sulforaphane to be created in the body is destroyed by heat.

If you are going to saute your kale or steam your broccoli, you can add myrosinase back into the mix by simply sprinkling your cruciferous vegetables with fresh mustard seed powder, which is more heat-stable and full of myrosinase. Your body can then make the sulforapahane that is so beneficial.

The doctor also states that growing your own is not only more economic, but that purchasing broccoli sprouts from your local grocery store is less healthy simply because as the sprouts sit out, they are more likely to attract non-beneficial bacteria, like e.coli.

You can easily sprout your own broccoli seeds, and instead of paying $5 for one container (which often degrades quickly because it has likely been sitting for some time before you purchased the sprouts) you can purchase a 20-pound bag of organic broccoli seeds for around $20. This will allow you to grow hundreds of mason jars or containers full of sulforaphane-rich sprouts.

You can also watch this video to learn how to sprout broccoli sprouts easily.