The Effects of Fluoride on Consciousness and the Will to Act

New evidence has linked fluoride and other chemicals to brain disorders. What other unknown effects might this industrial by-product added to our water supply have? An examination of water fluoridation’s shadowy history reveals potentially disturbing ramifications for human consciousness.

Troublingly, the report found that side-effects do not only come from direct ingestion by children, but also from higher levels of chemicals such as fluoride in expectant mothers’ blood and urine, which was linked to brain disorders and lower IQs in their children. In many cases, the changes triggered can be permanent. This evidence flies right in the face of spurious claims by skeptics that ingestion of fluoride in low concentrations has no harmful effects on our health.

Is it any wonder then that only seven countries in the world actually fluoridate more than 50 percent of their water supply? Although it is often portrayed in America as if every country does it, this is very far from the truth. In fact, the United States accounts for more than 50 percent of all the fluoridated water drinkers in the world, while the vast majority of European countries for example avoid this practice altogether.

So what is fluoride and why do a few countries continue to infuse their public drinking water with this controversial chemical? What ramifications might its side effects have for human development?

How Water Fluoridation Came to Be 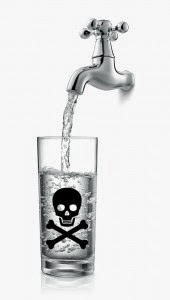 Although there is widespread acceptance that fluoride is toxic in high doses, a trend emerged in the twentieth century to add this chemical to drinking water at dosages deemed to be “safe.” Where did this trend originate?

It may surprise you to hear that apparently the first occurrence of purposefully putting sodium fluoride into drinking water took place in the German ghettos of the 30s and 40s, and shortly thereafter in Nazi concentration camps.* Clearly, the Nazis would not be concerned with the strength and resilience of their prisoners’ teeth; so, what could be the real reason to fluoridate the water? What effects does it really have upon us? And why are countries such as the United States still doing it?

Let’s now look at how water fluoridation started in America. An industry researcher from the Mellon Institute financed by the Alcoa Company first recommended water fluoridation in America in 1939. Seeing as Alcoa had toxic waste, a bi-product from aluminum otherwise known as fluoride and stood to benefit from finding a way to sell and dispose of it, could this really be a coincidence? The report convinced dentists and the public at large that water fluoridation is good for our teeth. With this, whether intended or not, the industry gained a way to get toxic waste off their hands, and moreover, even be paid to get rid of it—by selling it off to be dumped into the public water supply.

In 1946, an attorney and former counsel to Alcoa was appointed to head the U.S. Public Health Service. Shortly thereafter, he ensured that the water fluoridation “experiment” passed essentially unchallenged and unchecked by any real public study or research and was soon given a $750K private bonus from Alcoa. In today’s dollars, that’s worth anywhere from $6.89 million to $55.3 million, depending on how you account for inflation.

But some people have identified a more sinister agenda behind water fluoridation that goes beyond apparent greed and convenience. At the end of World War II, Charles Elliot Perkins, a researcher in chemistry, biochemistry, physiology, and pathology, was sent to Germany to take charge of their chemical plants. He later wrote in response to what he had seen and heard while there: “The real purpose behind water fluoridation is to reduce the resistance of the masses to domination and control and loss of liberty … Repeated doses of infinitesimal amounts of fluorine will in time gradually reduce the individual’s power to resist domination by slowly poisoning and narco-tizing this area of the brain tissue, and make him submissive to the will of those who wish to govern him.” 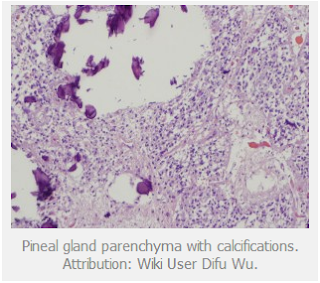 But how does a chemical bi-product dumped into the water supply actually work upon those who ingest it over time? There are many ways sodium fluoride consumption affects our bodies, but one aspect we’ll focus on in this article is that sodium fluoride calcifies the pineal gland. British scientist Jennifer Luke published a study which found that fluoride deposits tended to accumulate in the pineal gland and calcify it. In addition, a 450 page review on fluoride toxicity published by the National Research Council in 2006 reported that fluoride produced a range of negative side effectsincluding “decreased melatonin production” and “other effects on normal pineal function, which in turn could contribute to a variety of effects in humans.”

Not just scientists, but mystics too have explored the effects of the pineal gland within us (from different angles): physically, it plays an important role in regulating sleep patterns and sexual development; spiritually, it is said to be a connection between the body and the soul, and is referred to by some as our “third eye.” Either way, when the pineal gland is calcified by sodium fluoride, it obviously cannot function properly. This could have grave effects both physically and spiritually upon humanity.

There is more to the human body than its physical apparatus. This is widely evident in phenomenon such as near-death experiences, whereby people have had accounts of experiencing existence while their brain and body has been clinically dead. However, while we are here physically, the spiritual components depend upon the physical apparatus in order to function properly and thereby communicate and actively participate in the physical world. When an important seat of consciousness such as the pineal gland cannot function properly, by logical extension, consciousness itself cannot function properly within us, since the physical means with which it functions in the world has been damaged.

Thus, it is not only that fluoride consumption has adverse health effects and reputedly makes people easier to control (as the Nazi’s believed), but the very spiritual essence of who we are, our consciousness, can be hindered from manifesting in our lives. Within our consciousness are all the spiritual feelings such as love, peace, happiness, and freedom, as well as mystical experiences and psychic faculties. The consciousness gives us the ability to be “here,” “awake,” and present psychologically.

There are sinister agents in the world and beyond who wish to see consciousness suppressed. There appears to be an evil behind water fluoridation that runs deeper than mere convenience, and the implications go beyond fluoride’s reputed effects of making a people compliant who would otherwise question questionable things (such as water fluoridation – the irony notwithstanding). On the deepest level, it’s about a person’s individual ability to awaken consciousness and experience their full potential.

Over ten years ago already, in November 2003, the United States passed the Water Act, which made it impossible for water companies to undergo civil or criminal hearings as a result of adding fluoride to public water supplies. It becomes more and more difficult to affect change on a mass scale to practices such as water fluoridation when those who have political, military, and legal control enact these types of measures. Fortunately, it is still within people’s ability to take measures to avoid fluoride and speak out however, and to personally do what they can to preserve, exercise, and awaken their own consciousness.

About the Author
Jordan Resnick has a keen interest in uncovering what’s really going on in the world and therefore enjoys looking into the many sides and theories behind current and past events. He works as a writer and editor by day, and has also been researching, exploring, and studying spirituality for the past ten years as a big part of his life, where his main areas of interest are in self-knowledge and studying sacred texts, using exercises like meditation, mantras, and exploring OBEs/astral projection to supplement this. Besides contributing here on ConsciousReporter.com, he also writes with his wife Jenny on their website AncientSacredKnowledge.com.