The Liber Linteus: An Egyptian Mummy Wrapped in a Mysterious Message

by RE
in Human History
0

In 1798, the French under Napoleon Bonaparte launched a military campaign in Egypt. Along with soldiers and military personnel, Napoleon brought a large number of scholars and scientists known as savants when he invaded the country. The involvement of these scholars in the war resulted in a renewed European interest in ancient Egypt, known as Egyptomania.

In time, Egyptian artifacts, including statues, papyri and even mummies were being shipped from the Nile Valley to museums across Europe. One particularly interesting mummy, and its equally famous linen wrappings, known as the Liber Linteus (Latin for ‘Linen Book’), eventually found its way into the Archaeological Museum in Zagreb, Croatia. 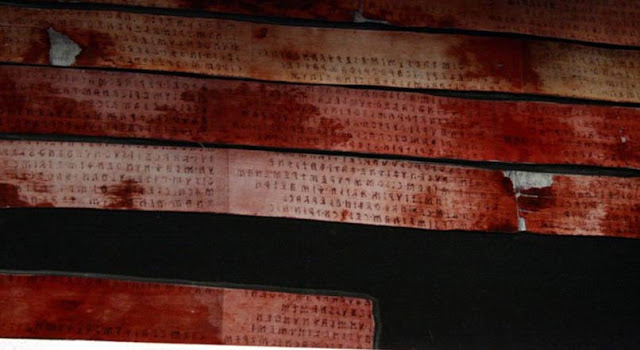 In 1848, a Croatian official in the Hungarian Royal Chancellery by the name of Mihajlo Barić resigned from his post and decided to do some travelling. While he was in Alexandria, Egypt, Barić decided to buy a souvenir, and purchased a sarcophagus containing a female mummy. When Barić returned to his home in Vienna, he displayed the mummy by putting her in the corner of his sitting room in an upright position. Barić removed the linen wrapping form his mummy and displayed it in a separate glass case.

Mummy at the Archaeological Museum in Zagreb, Croatia. Wikimedia Commons

In 1859, Barić died, and his brother Ilija, a priest living in Slavonia, inherited the mummy. As Ilija had no interests in mummies, he decided to donate the mummy and her linen wrappings to the State Institute of Croatia, Slavonia, and Dalmatia (now known as the Archaeological Museum of Zagreb) in 1867. Up to that point of time, nobody had noticed the writings on the mummy’s wrappings. It was only when the mummy was examined by the German Egyptologist Heinrich Brugsch (in 1867) that the writings were noticed. Believing them to be Egyptian hieroglyphs, however, Brugsch did not investigate any further.

A decade later, Brugsch had a chance conversation with a friend, the British explorer Richard Burton. They spoke about runes, resulting in Brugsch realizing that the writings on the mummy’s linen wrappings were not actually Egyptian hieroglyphs but some other script. Although both men realized that the writings may have been important, they wrongly concluded that it was a transliteration of the Egyptian Book of the Dead in Arabic.

In 1891, the linen wrappings were sent to Vienna, and were thoroughly examined by an expert on the Coptic language, Jacob Krall. Initially, Krall had expected that the language of the text was Coptic, Carian, or Libyan. Upon closer inspection, however, Krall established that the text was actually written in Etruscan. While he was able to reassemble the strips in their proper order, Krall was unable to translate the text. 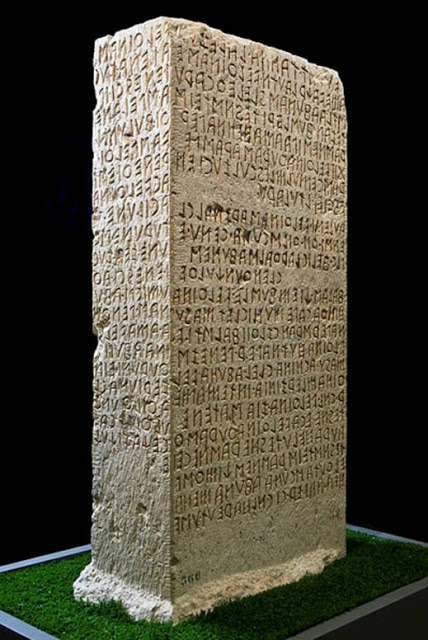 A sample of Etruscan text carved into the Cippus Perusinus – a stone tablet discovered on the hill of San Marco, Italy, in 1822. Circa 3rd/2nd century B.C. Wikimedia Commons

Even today, the Etruscan language is still not fully understood, as very little of the ancient language has survived. Nevertheless, certain words could be picked out to provide an indication of the Liber Linteus’ subject matter. Based on the dates and names of gods found throughout the text, it is thought that the Liber Linteus was a religious calendar.

What was an Etruscan book of rituals doing on an Egyptian mummy? One suggestion is that the deceased was a wealthy Etruscan who fled to Egypt, perhaps some time during the third century B.C. (the Liber Linteus has been dated to this period) or later, as the Romans were annexing Etruscan territory.

As was the norm with other rich foreigners who died in Egypt, the young woman was embalmed before her burial. The presence of the Liber Linteus may be explained as a memorial left for the dead, as part of the Etruscan burial custom. Yet, the biggest problem with this is a piece of papyrus scroll that was buried with the mummy. The scroll identifies the deceased as an Egyptian woman by the name of Nesi-hensu, the wife of a Theban ‘divine tailor’ named Paher-hensu. Hence, it is likely that the Liber Linteus and Nesi-hensu are not connected, and that it was probably the only linen the embalmers could get their hands on when they were preparing this Egyptian woman for the afterlife. As a result of this ‘accident’ in history, the Liber Linteus is the oldest known preserved extant text in the Etruscan language.