The Search for Enlightenment: 5 Crucial Lessons… and Why None of It Actually Matters

Throughout my life, I was on a quest for the attainment of enlightenment until eventually I surrendered the need for it. This article was born out of the insights and inspirations I received from my search, and I am guided to share these words with you. However this is only my subjective reality, yours may be very different — and equally perfect.

As a child, I spent countless hours poring over spiritual literature and wondering when I’d be able to find a Bodhi tree to meditate under so I could become enlightened like Siddhartha. 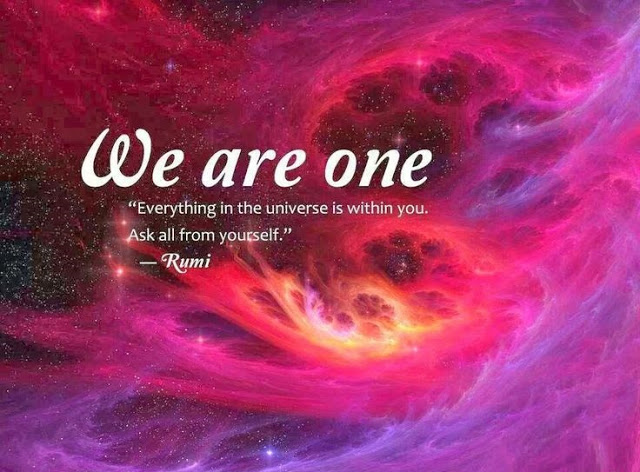 I was not at all clear on what enlightenment meant, but my young child’s mind believed I would become God-like once I became enlightened, and experiences like walking on water or healing the ill would no longer be out of my reach. Of course, I had no clear definition of God either. Raised in a rather lenient atheist family and influenced by whatever limited spiritual literature I could get my hands on, I formed an image of God to be a powerful, omnipotent and indifferent being that resided somewhere in outer space.

I began meditating at a young age inspired by stories of those who attained enlightenment through meditation, or obtained divine guidance in meditations. To me, meditation was one of the paths that would lead me to that enlightened place. For a while, I was fixated on the idea of having an extraordinary divine encounter where an ascended master would either appear as a result of my devotion and share a few pointers with me, or take me into another dimension where all secrets of the universe would be revealed to me. I searched high and low for the extraordinary in different places and engaged in different spiritual practices, but no divine being ever came.

When my awakening occurred, it took me on a journey to go inward and the more I went in, the more I realized the divinity I had been looking for has been inside me all along, and it is inside all of us.

Lesson #1: Enlightenment is the divinity housed within us and expressed through us.

We did not come here to play God, that would be too easy and almost pointless like taking an exam after having been given the answer key. We came here to play non-God.

In Chinese mythology, there is a Lady of Forgetfulness called Meng Po and she serves the realm of the dead. She brews a special bittersweet drink called Five Flavored Tea of Forgetfulness so that each soul, before it leaves the realm of the dead to reincarnate into a new body, drinks the tea of instant amnesia and forgets who he/she was and all the memories are lost. This is obviously a folk story, but it seems this is what happens when we choose to take on the human body.

Within us are the swirling universe and all its mysteries, yet it is much more exciting for us to go on this unpredictable adventure pretending we are mere mortals. After all, how convincing can a play get if the actors are constantly behaving like themselves without acting, drama and an interesting plot full of twists and turns?

Lesson #2: Enlightenment is the dream we are in, the process of dreaming, as well as the realization that we are all the dreamers in the dream and the creator of the dream.

The pursuit of enlightenment can easily be mistaken for an objective, an idea, an experience, or a way of life, but it is none of these things. The great paradox here is that enlightenment is No-Thing. The moment we place words, thoughts, feelings or actions around it, we are distracting ourselves with form when in truth, each one of us, and everything at the core is infinite, unmanifested and formless No-Thing dreaming ourselves to be something.

Enlightenment is not something to be had, found or owned. It has nothing to do with superiority or wisdom, and if one is not careful, he or she can easily get lost in the search for enlightenment while missing the entire forest for the sake of staring at one tree — while having forgotten that in the ultimate reality, there is neither a forest nor trees.

Everyone and everything, whether manifested or un-manifested, is an extension of the One Source Energy channeled in its infinite number of expressions. If One is the ocean that is all inclusive where all beings, particles and experiences are birthed, then every human being no matter the skin color or background, every living thing whether a puppy or rose, every inanimate object be it a rock that is being washed by the waves or the waves themselves, and every expression, idea and inspiration is just a different manifestation and aspect of the ocean. Within each drop contains the entire ocean, and it does not matter what the drop looks like, its essence remains the same all along.

Lesson # 4: Enlightenment is everything. Out of the emptiness of No-Thing, everything comes into being.

It is through our bodies, minds and souls that Oneness experiences itself. Through our eyes, Source is seeing the beauty of its own grand creations. Through our ears, the divine orchestra of all sounds is composing its most seductive melody. When we taste the sweetness and bitterness of life, Source is ravishing in the deliciousness of life itself.

With our every thought, feeling, decision and action, Source is ever deciding, evolving, creating, expanding and revering at its own infinite creative power. The Self is merely the vehicle through which Source can receive its miraculous experiences of creation, and every experience is to be savored. Within the Self contains every concept, invention, desire, need, experience, choice, possibility and outcome. Nothing is outside of Source, hence nothing is outside of the Self.

Though the dual human mind may deem certain experiences negative, unspiritual and unenlightened; in the perspective of Source, everything is a gift that allows it to express, fulfill, be and become.

Instead of waiting for life to happen once we obtain something whether it is enlightenment, a lover or a dream house, why not be present, show up, surrender to it, taste it, live it and embrace it?

We are all of it.

We are the demons that frighten us, and the angels that cradle us.

We are the darkness and the light.

We are the body that carries out our divine will.

We are the ego that drowns us in its fears.

We are Source that smiles at all the splendid opportunities of knowing itself, whether through joy or pain.

We are Gods playing human.

We are human dreaming of Gods.

Juliet Tang is a Consciousness Empowerment Coach who works with individuals around the world via Skype. She began her spiritual studies at a young age and specializes in empowering those who are awakening to expand their consciousness, embrace their true power and master deliberate manifestation using a variety of coaching and healing techniques. Juliet holds a BA in psychology and MA in education, and was a social worker and teacher with a decade of teaching experience. Juliet incorporates powerful and practical tools such as visualization, NLP, reprogramming of the unconscious mind through trance work, vibrational medicine as well as mindfulness techniques into all coaching sessions. She also holds workshops on conscious creation and Reiki Certification in Midtown, NYC.