This Is How The Elite Stay In Power. The World Needs To Know

Greed, poverty, inequality, environmental destruction, war… how do they, at the top of the hierarchy, pull it off? How can a system in which so few make the important decisions, be able to sit comfortably in their pile of wealth while the rest of the world goes to waste? How can a small group of men in suits be able to direct the current in which an entire human society moves?

It’s Simpler Than Most Think

We think it’s complicated. We think that their power is acquired in a very complex, political and scientific way. And it sure may seem that way behind the scenes. But there’s one thing we forget to ask: What is the life force of this system?

With all of the police versus protester conflict and race wars going on as of late, I felt inspired to deliver a message that I believe we need to be reminded of if we want to get out of this mess, reclaim our power and create a more beautiful world. We often think it only has to do with fighting back and blaming the oppressor… but here’s another perspective: 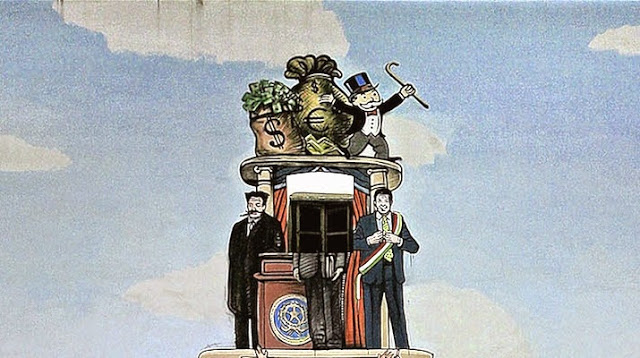 “The race issue based on skin colour is a deeply emotional one among many, that has caused unimaginable separation and was used very craftily to position large groups of people against each other. This is a wake-up call to all those who believe they are free because of race or class or wealth. We have all been denied freedom and dignity, trapped in a life of servitude to the banking families and their economic stranglehold on our planet – no matter what colour our skin may be.” – Michael Tellinger, UBUNTU Contributionism – A Blueprint For Human Prosperity