by RE
in IA, Pyramids, World Truth
0

A researcher who has spent years studying and even building Pyramids has made some REVOLUTIONARY discoveries about these enigmatic structures, which have puzzled experts for centuries. Why did countless ancient cultures erect pyramids? Why are so many of them similar in shape and design? This video will answer many questions related to the Pyramids.

While most of us are familiar with Pyramids in Egypt and Mexico, the truth is that these structures are not confined to these two countries. There are more than 1000 pyramids in Central America alone. There are 300 Pyramids in China and over 200 Pyramids in Sudan. Egypt boasts around 120 Pyramids . N matter where you look, all around the globe, ancient cultures decided to build these enigmatic structures that have survived the test of time, acting as ancient time capsules that tell an undecipherable story—that is, until now. 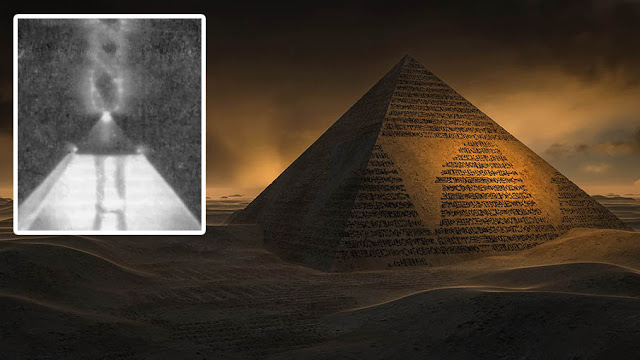 Why is it that we have found thousands of Pyramids scattered across the globe, and more importantly, why are so many Pyramids eerily similar? s one of the Seven Wonders of the World, the Great Pyramid remains not only an archaeological mystery but a geographical marvel as well.

Why were the Pyramids of Egypt built?

How did the Ancient Egyptians manage to place the Great Pyramid of Giza at the exact center of all land mass on Earth?

There are countless questions that surround the innumerable pyramids found all around the planet.

But perhaps the most important of them all is; why were Pyramids built ?

If they were not built as tombs, then why did ancient cultures go through tenuous processes to erect these magnificent monuments? Surely they must have had a very important reason.

A scientist from the Institute of Physics in the Ukraine, that spent over a decade building and researching many pyramids of varying heights and proportions — Dr. Volodymyr Krasnoholovets —may have finally solved the question WHY pyramids were built in ancient times.

Dr. Krasnoholovets ’ work was so important that the Russian government decided to take part in his projects, helping him built a 144ft tall pyramid in Moscow.

Many consider that the discovery made by Dr. Volodymyr Krasnoholovets is revolutionary and that it will forever change how we look at Pyramids.

Here are some of the most noteworthy discoveries made by Dr. Volodymyr Krasnoholovets in regards to Pyramids:

Soon after construction of the Lake Seliger pyramid a marked improvement of the ozone was noted above the area.

Seismic activity near the pyramid research areas are reduced in severity and size.

Violent weather also appears to decrease in the vicinity of the pyramids.

Pyramids constructed in Southern Russia (Bashkiria) appeared to have a positive effect on oil production with oil becoming less viscous by 30% and the yield of the oil wells increased according to tests carried out by the Moscow Academy of Oil and Gas.

A study was done on 5000 prisoners who ingested salt and pepper that had been exposed to the pyramid energy field. The test subjects exhibited a greatly reduced violence rate and overall behavior was much improved.

Standard tissue culture tests showed an increase in survival of cellular tissue after infection by viruses and bacteria.

Radioactive substances show a decreased level of radiation inside the pyramid.

There are reports of spontaneous charging of capacitors.

Physicists observed significant changes in superconductivity temperature thresholds and in the properties of semi-conducting and carbon nanomaterials.

Water inside the pyramid will remain liquid to minus 40 degrees Celsius but freeze instantly if jostled or bumped in any way.

All of this is explained in the following video presented by author and researcher David Wilcock.