Despite efforts by meteorologists to provide scientific explanation of the clouds, the appearance sparked conspiracy theories about UFOs, chemtrails , and weather manipulation experiments by NORAD and HAARP .

The flying saucer-like shape of the cloud sparked UFO rumors which were quickly dispelled by local meteorologists who explained the nature of lenticular clouds. 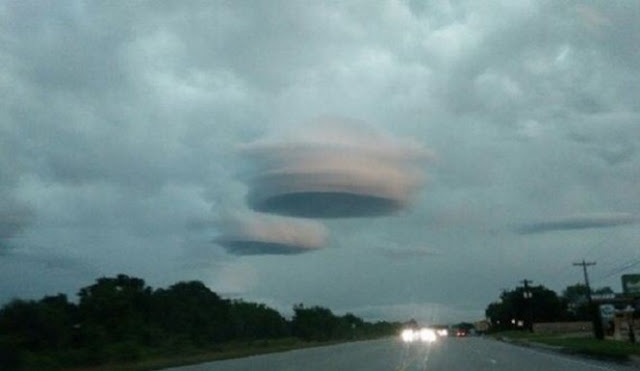 A Facebook user remarked about the images of the saucer-shaped clouds posted online by KTUL-TV weatherman Mike Collier, saying, “If you as a meteorologist hadn’t posted this then I would have thought it was photo shopped.” 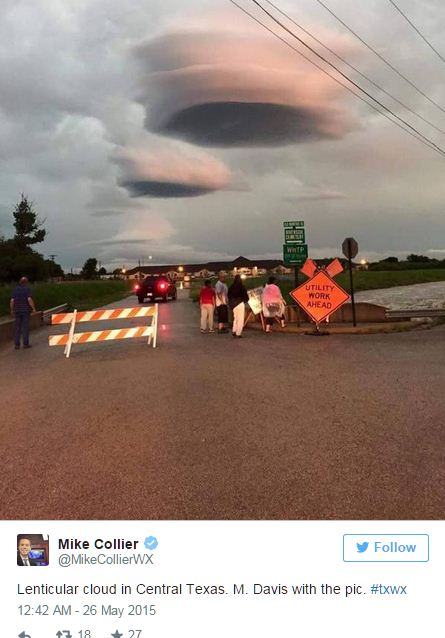 Lenticular clouds are typically formed when strong winds drive moisture droplets up the steep slope of mountain formations or other topographic barrier. The droplets condense into clouds as they are driven up, creating fascinating saucer-like shapes.

But in the case of Texas, meteorologists explained that they could have been caused by strong winds which set up a cold front. The cold front leaves a cold pool of air acting as a form of barrier that pushes up moisture-laden air which forms clouds.

Despite the scientific explanation, some UFO-hunters continued insisting that they were “cloaked” flying saucer UFOs, while others pushed familiar conspiracy theories about chemtrails, HAARP and NORAD weather manipulation, or modification experiments . 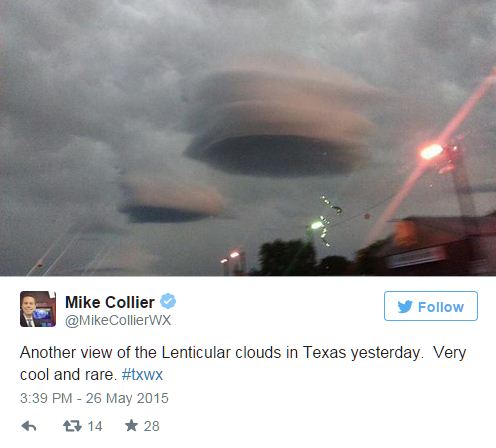 A Daily Mail reader declared, “This is weather manipulation going on. So horrendous.”

“Yes, very classic weather manipulation signature… and this tends to fool the ignorant among the masses because HAARP and NORAD can create what ‘appears’ to be a normal weather phenomenon anywhere they wish to do so… and it never seems to be obvious to the intellectually-less-gifted that these phenomenon are ‘out of place.’ Oh well, that is why the pathetic masses are so readily fooled. STOP being STUPID!” 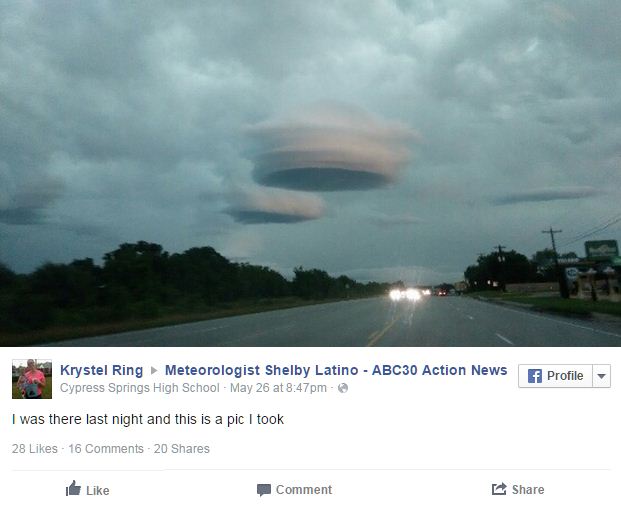 HAARP is an acronym for High Frequency Active Auroral Research Program, a research program funded by the U.S. military in collaboration with some universities and the Defense Advanced Research Projects Agency (DARPA). The program is officially intended to study the potential of ionospheric enhancement technology in radio communications and surveillance.

But the project has become the subject of persistent conspiracy theories alleging sinister weather manipulations experiments designed to trigger natural disasters such as floods, drought, hurricanes, and earthquakes.

Conspiracy theorists have blamed HAARP for all sorts of natural disasters imaginable around the world.