by RE
in Spirituality, World Truth
0

Many healing modalities read your symptoms and then tell you what pill to take, or surgery to undergo, but what if you could conduct “sound surgery” sending holistic, healing vibrations into every single cell in your body?

With sound healing, we don’t have to even fully understand what our symptoms are coming from – sometimes they can be so deep-seated, we think they are caused by one thing, but they may be due to an entirely different cause.

For instance, you may experience recurring low back pain or headaches, and think this is due to the stress in your life, or because you lifted something that was too heavy, but there might be a deeper, subconscious healing that is needed. 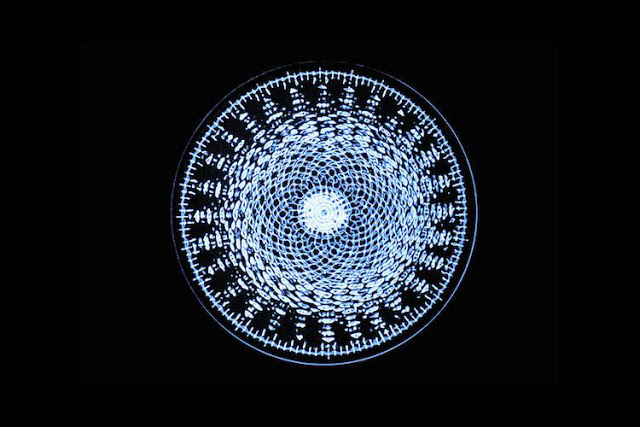 Sound has a way of finding its way into every nook and cranny of our bodies and etheric selves, so that we can start to resonate with a vibration that emits wholeness. Healing sound will automatically go where it is needed most, and do its work. Our cells then gain their highest potential resonance.

At What Frequency is the Body Whole?

Every object on the planet has a resonant vibrational frequency which can be measured. In the early 1990s, Bruce Tainio working at Eastern State University in Cheny, Washington, built the world’s first frequency monitor that could determine at exactly what vibration the human body most often oscillates.

A healthy human body frequency usually hovers around 62-72 Hz (Hertz). When this frequency drops, the immune system becomes compromised, and illness usually ensues. All that is needed to heal the body is to return it to its optimal frequency.

Many other diseases begin at 58 MHz

In the study of cymatics – sound frequency and how it can affect the human organism, and other forms of life, we find that the world is teeming with holographic “bubbles of acoustic sound energy,” moving at 700 miles per hour into the ether – whether this sound is our own voice, from a musical instrument, or the sirens sounding when police cars or an ambulance go by. Each of these “bubbles-in-a-hurry” leaves a fleeting vibrational imprint on our cells. 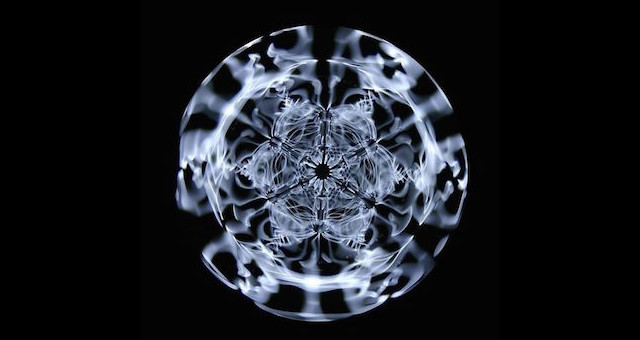 Our bodies absorb these sounds , and they can either be harmonious to our human form, or damaging.

Sound is powerful enough to help dolphins and whales communicate across an entire ocean , or even form matter, as has been shown in the research conducted with CymaScopes , and the work of Dr. Hans Jenny, and others.

In ancient times, the Great Pyramids were used as massive acoustic chambers for healing – to bring our human form to its highest vibrational potential. You can even experience the remnants of these structures’ great powers to heal and transform though they aren’t actively being used in this way (at least not for the public) today.

John Stuart Reid conducted many experiments proving that the pyramids, especially the King’s Chambers, were designed to have special sonic qualities to imbue a sarcophagus with “seven vowel sounds” meant for healing. These same seven vowel sounds can be used even today to heal the human form.

These seven healing sounds are in ancient Gregorian chants , the chants of the ancient Vedas , and in Chi Gong and Chi Kung (although they refer to six) and they correspond to the energy necessary to enliven the 7 chakras of the human energy body.

Dr. Joseph Puleo, a neuropathic physician and herbalists began research into the Solfeggio frequencies in the mid-1970’s. In his examination of the Bible he found in Genesis: Chapter 7, Verses 12-83 that there exists a pattern of six repeating codes around a series of sacred numbers 3, 6 and 9.

When Puleo decoded these using the ancient Pythagorean method of reducing the verse numbers to their single digit integers, a series of six electromagnetic sound frequencies that correspond to the six missing tones of the ancient Solfeggio scale were revealed.

These have been determined as such:

MI – 528 Hz – Transformation and Miracles (DNA Repair – Repair – and derives from the phrase “Mi-ra gestorum” in Latin – “miracle”. This is the exact frequency used by genetic biochemists to repair broken DNA – the genetic blueprint upon which life is based!)

So, can you truly conduct “sound surgery” on yourself, and allow a vibratory pattern to heal you in ways you didn’t even know you needed healing? According to both ancient science, and modern studies in sound, the answer is a resounding, YES.