While parents across the country are led to believe they are doing the best thing for their children by vaccinating them according to a childhood vaccination schedule , the little known fact is that those vaccines can introduce toxic aluminum into the body at nearly 200 times the safe level. Keep reading – to see for yourself the undeniable truth.

Scientists at the University of British Columbia point out that aluminum clearly causes a negative impact on the nervous system of all ages . Yet, immunizations continue to administer this toxic substance directly into the systems of some of the most vulnerable to its effects. After watching this video (below) – you will certainly think twice about the ‘benefits’ of vaccines for our children. 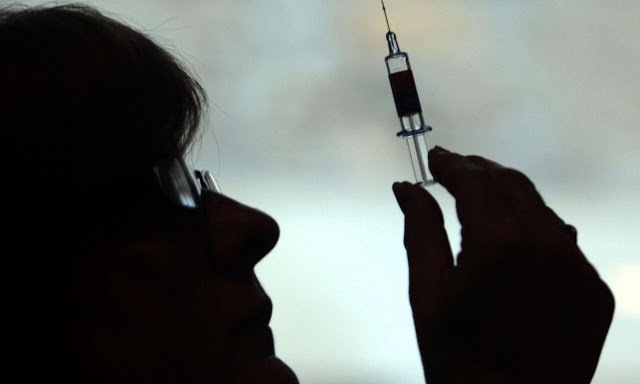 Researchers at the University of British Columbia published findings in 2013 following a study of how aluminum toxicity affects humans of various ages.

They discovered that in young children, there is a highly significant correlation between the number of pediatric aluminum-adjuvanted vaccines given and the rate of autism spectrum disorders diagnosed in the child. In fact, many of the signs of aluminum-induced neurotoxicity come about due to autoimmune reactions, as part of the autoimmune/inflammatory syndrome induced by adjuvants (ASIA) Syndrome.

In reality, there is strong evidence the U.S. government has documented aluminum toxicity, while at the same time it continues to push for childhood vaccination programs. According to a document generated by Department of Health and Human Services on behalf of the Food and Drug Administration (FDA), instances of aluminum toxicity is not considered rare in newborn babies, as well as other patients who receive certain injectable medications and IV solutions containing aluminum.

They also warn that symptoms of toxicity can be difficult to detect simply by observing symptoms. However, the document does not go so far as to include the term “vaccination” when describing the dangers of aluminum toxicity in IV solutions and injectable medications.

Despite not mentioning vaccinations specifically, the FDA remains clear on what it considers a ‘safe level’ of aluminum in the human system: 25 micrograms of injectable aluminum at any one time. That number falls to 10 micrograms for premature infants and patients with kidney conditions.

Meanwhile, a newborn infant is routinely given a Hepatitis B injection on the first day of life, exposing his or her vulnerable system to about 250 micrograms of aluminum . This immunization is repeated when

At two months of age, infants typically receive a “big” round of shots. The total expected dose of aluminum associated with this round of vaccinations can range from 295 micrograms to a staggering 1,225 micrograms, depending on the aluminum content of the vaccination products used.

At four and six months, the cycle is repeated. In fact, the child would be subjected to aluminum in injections throughout the first two years of life with most immunization programs.

Just to remind you, the FDA feels that premature babies and any patient with impaired kidney function shouldn’t get more than 10 to 25 micrograms of injected aluminum at any one time . This is way less aluminum than kids receive – if they follow the suggested vaccine schedule.

What else needs to be said? The deliberate act of injecting highly toxic fluids into our children exposes the brutality of our ‘modern’ sick care system. It’s time to move away from this insane behavior.