Malaysian Hindus are calling on the government to provide alternatives to vaccines containing beef gelatin . Their demands were made on behalf of Hindus and Buddhists, who are forbidden by their religions to consume beef, as well as vegetarians who choose not to consume meat at all.

Vaccines typically contain either porcine- or bovine-sourced gelatin, which is added as a stabilizer to protect vaccines from extreme conditions, such as heat or freeze-drying. Single vaccine doses may contain as much as 15 mg or more of gelatin. 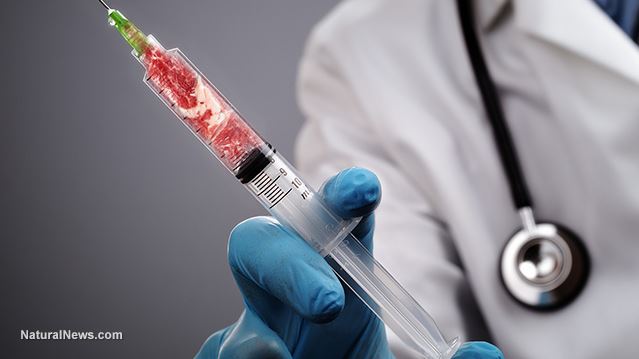 ‘Hindus have a right to object’

From The Star Online:

“Malaysia Hindu Sangam president R.S. Mohan Shan pointed out that practising Hindus and some Buddhists abstained from beef, and there were also people who were vegetarian.

“‘Some people may refuse outright to be vaccinated because of the bovine-based gelatine, so the Government has to be more considerate about these groups,’ he said.

“‘The Government should look into alternatives that are from plant-based derivatives,’ he said.”

Vaccines containing pork gelatin have also been a concern for practicing Muslims and Jews. Although many Jewish and Muslim clerics approve the suspension of religious dietary restrictions in the case of vaccines, many of the devout still believe in refusing them.

In a recent case in Great Britain, a Muslim mother was denied the right to refuse vaccinations for her four children; the judge presiding over the case said that the mother had “a paranoid view of the world.”

The decision reflects the recent trend towards government-enforced immunization of children – no matter what reasons a parent might have to oppose their children being vaccinated.

And there are, of course, many other reasons to oppose vaccinations besides religious restrictions. Many vaccine ingredients – including gelatin – pose serious health risks.

Gelatin itself, for example, can cause severe allergic reactions in some people.

From The Children’s Hospital of Philadelphia:

“Studies in Japan confirmed … that severe allergic reactions to MMR vaccine were associated with the presence of antibodies in the blood directed against gelatin. …

“[G]elatin is the most common identifiable cause of severe allergic reactions to vaccines.”

Facing the facts regarding vaccine safety

Thimerosal in vaccines has been linked to autism and other neurodevelopmental disorders; exposure to even small amounts of mercury can cause brain damage and even cancer.

MSG , another neurotoxin commonly found in vaccines, has an “excitotoxic” effect on neurons in the brain – essentially over-exciting them until they die.

What sane parent would want their child to be exposed to these brain-killing, cancer-causing vaccine additives?

Yet the vaccine industry refuses to clean up its act. When thimerosal was removed from many vaccines, it was replaced with aluminum and the public was assured that the vaccines were now safe. But studies have shown that the aluminum hydroxide may be even more harmful than mercury; there is a clear link between exposure to aluminum hydroxide and the development of Alzheimer’s, Parkinson’s and ALS (Lou Gehrig’s disease).

Vaccine makers have done their best to hide the facts from the public. Meanwhile, the government protects the multi-billion dollar vaccine industry by instituting mandatory vaccinations for children.

It’s time to face the fact that most, if not all, vaccines are dangerous – at least in their present form. Not to mention the fact that many are ineffective and completely unnecessary .