by Ellese McKenney
in Health, Hemp
0

In early March 2018, hundreds of thousands of curious researchers, consumers, members of the medical community, athletes, and others attended the CBD Summit, held prior to the Natural Products Expo. During this summit, cannabidiol (CBD) market experts announced their prediction for the hemp-derived CBD industry to grow to $450 million by 2020. Yet, a large percentage of the population still has never heard of CBD or fully understands CBD and hemp. Below we have addressed ten of the most commonly asked questions about cannabidiol and CBD products.

1) Is hemp the same as marijuana?

Hemp and marijuana are two types of cannabis that are genetically distinct and differ in cultivation, chemical properties and use. Hemp is grown and cultivated for fiber and seed to produce a variety of products including foods, oils, rope, and fabrics. Marijuana is cultivated to yield high levels of the psychoactive ingredient THC, concentrated heavily in the flowers and buds. Marijuana is bred to have THC levels that can exceed 20% as opposed to hemp, which has less than .3% THC and no psychoactive properties. 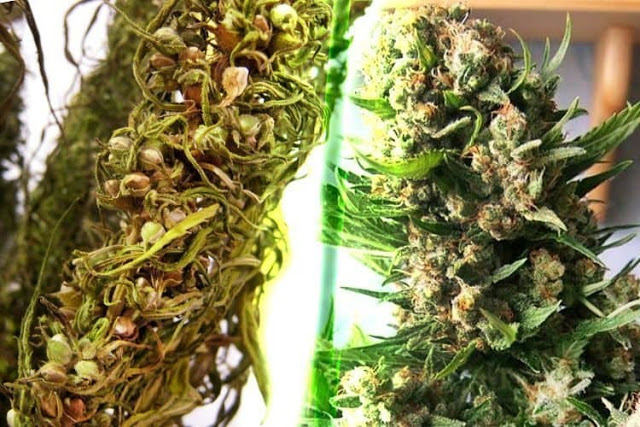 Cannabidiol (CBD) is one of the many different compounds, known as cannabinoids, found in the cannabis plant. Cannabinoids are unique because they act on cannabinoid receptors that are part of the endocannabinoid system found throughout the body. The second most abundant compound in cannabis, CBD is not intoxicating and has none of the psychoactive properties of marijuana.

Prevalent in the food industry, and “generally regarded as safe” by the FDA, CO2 extraction eliminates the risk of solvent residues in the final product.

CBD does not have any of the psychoactive properties associated with marijuana and will not impair the user or get them “high.” Industrial hemp that has less than 0.3% THC content can yield high-quality CBD that is 99% pure.

In recent years, 16 states have passed CBD-only laws, which legalize the possession and use of CBD products for specific conditions – but not cannabis products containing higher levels of THC. Those CBD-only laws often limit the legal possession and use of CBD products to children with epilepsy, and some nerve and muscle afflictions. Even in those states with CBD legal protections, however, the substance is considered federally illegal by the DEA.

Only six states—Idaho, South Dakota, Nebraska, Kansas, Indiana, and West Virginia still consider every part of the cannabis plant, including CBD, to be illegal. The Controlled Substance Act (CSA) does not contain the terms “Cannabidiol,” “Cannabinoids” or “Hemp.” In order for these terms to be included in the CSA and officially become law, it would take an act of Congress, passed by the House and Senate, and signed by the President.

Companies who source domestic hemp products, cultivated in full compliance with the Farm Bill, under appropriate licensing from respective state departments of agriculture in Colorado and Kentucky are covered under this legislation. Furthermore, according to the continuing Appropriations Acts of 2016 and 2017, it is the expressed intent of Congress that hemp cultivated in compliance with the Farm Bill be intended for “transportation, processing, and sale.”

Many CBD products have no THC in them at all, and all CBD products derived from industrial hemp have less than 0.3% THC. Many factors determine whether a person can pass a drug test, making them unpredictable, but the trace amounts of THC found in CBD products is very minuscule.

CBD can be taken orally by placing it under the tongue, allowing it to dissolve and be absorbed, or ingested in capsules and edibles. CBD can also be added to ointments and lotions for topical use or inhaled using a vaporizer. The method of ingestion plays a significant role in how quickly CBD enters the system, with vaporizing being quickest and most efficient.

8) What is the difference between Isolate and Full Spectrum?

Products that are Full Spectrum contain CBD as well as other cannabinoids, while CBD Isolate is 99% pure isolated CBD. Cannabinoids affect every individual differently. Determining which product is most effective depends on personal needs and preferences.

9) Does CBD produce side effects?

CBD and hemp are both considered safe and should not produce any adverse side effects in most people. However, everyone processes CBD and other dietary supplements differently. It is always recommended to consult with a physician before adding any supplement to your diet.

CBD and the processes used by reputable companies enable the manufacture of a variety of safe CBD products. The CBDistillery ensures that its products are of the highest quality by consistently testing and using only non-GMO industrial hemp. All products manufactured by The CBDistillery are from hemp grown outdoors under natural sunlight with pesticide-free organic practices.