There are several things that ordinary people may not realize you do if you are an intuitive type of person. But what exactly is it that these types of people do that makes them intuitive? The MBTI inventory classifies those who are intuitive as the types of people who place more interest and values in theories, abstracts and exploring possibilities rather than just believing in the reality of the real world around them.

Intuitive types of people are dominant when it comes to their personality. This means they are mainly ENFPs, ENTPs, INTJs and INFJ. They are always more interested in what isn’t being said or isn’t happening than what actually is. Don’t forget that our world is governed by senses and what we perceive. That means that intuitives are easy to identify, as long as you know the signs.

As an example, intuitive types have no trouble recalling a past memory where a loved one did not understand their behavior or reasoning. 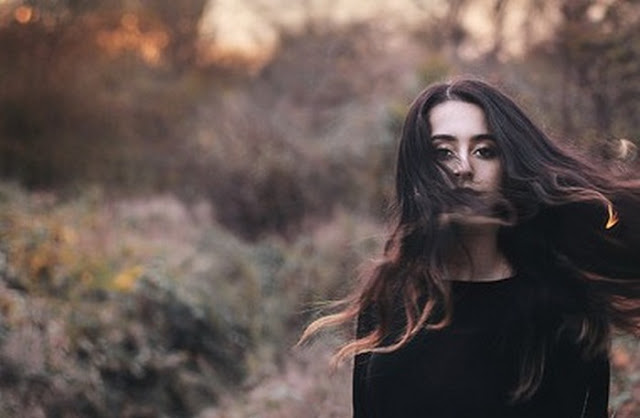 So here are 10 types of behavior that many people don’t realize are connected to someone having an intuitive personality.

Many people don’t understand that those who are intuitive don’t fully understand something until they have looked at it from all angles. This can lead to ferocious and lively debates but you have to understand that they aren’t debating for the sake of argument, or doing it on purpose. They are simply testing the validity of the topic by arguing all angles.

By doing this they can fully understand or see any holes in their theory about the subject in question. Debating in this manner is one of the best learning ways for an intuitive type person.

2. Planning for the future

Those who are intuitive are not rebels by nature. But they tend to analyze why a rule exists in the first place before deciding whether or not they will follow it. They also have a tendency to do things their own way. So, if a rule is outdated or ineffective they will have no problems in ignoring it and doing things their own way. Because of this, intuitive types are definitely not a fan of anything that they consider arbitrary.

4. The tendency to overanalyze everything

For intuitive types, it isn’t enough to understand how a given issue affects them. Instead they have to understand what this same issue means globally for everyone else as well. They also need to understand the underlying theory that ties it all together. Essentially, intuitive types want to know the intangible explanation to every tangible problem. The need for this can often drive them a little crazy.

Those who are intuitive trust competence over qualification. Because of that they prefer to decide for themselves how competent someone is. Types that are intuitive understand that people prefer convenience and prestige over analysis. Because of this, just because a system has been in place for a long time it doesn’t mean that intuitive types will trust it.

6. A relentless pursuit of variety

Intuitive types are drawn to what is different. That often means the abnormal, the uncouth or the unconventional. Because they want to have as complete a worldview as possible it means that they spend their time trying to understand as many oddities as possible. They are always looking at different ways to view the world and this applies to all areas of their life.

Those who are intuitive take more interest in what they don’t know as opposed to what they do know. This leads them to take an interest in niche topics or theories. Because of that, intuitive types enjoy conspiracy theories. They also enjoy the ‘mental gymnastics’ of trying to link seemingly unrelated things together. They do this even if they themselves don’t always understand the theory at the end of the day.

They consider themselves selectively social. They would rather be alone than around those they do not connect with. But if you put them around other intuitive types then expect their social side to emerge with fervor.

If you want to get under the skin of any intuitive you only have to insist that everything is black and white. This is because this type of people are quick to play the role of devil’s advocate of they feel the opposition is forming a view on something without considering an alternative point of view.

Those who are intuitive are prone to arguing points that they do not agree with. They do this to prove an issue around them is more complex than those around them think it to be.

Intuitive people are drawn to the provocative and unconventional so they are prone also to have a far more successful entrepreneurial streak than sending types. They also engage in non-traditional relationship structures and dabble with lifestyle choices that are outside of the norm. Intuitive types have a ‘why not’ approach to their lives do they are often found at odds with society and so rebel.

But remember, these types, the intuitives, don’t be different on purpose or to cause trouble. They do so because their lifestyle reflects their mindset and that is something many people will find strange to understand.