Anunnaki structures before the flood: The 200,000-year-old ancient City in Africa

by RE
in Anunnaki, Human History, IA, Knowledge
0

Anunnaki structures before the flood: The 200

If the Ancient Anunnaki did visit Earth hundreds of thousands of years ago… would we not find evidence of their reign on Earth today? According to many authors, proof of the existence of the Ancient Anunnaki can be found all around the globe. In this article, we take a look at the 200,000-year-old ancient city discovered in Africa.

Do you believe in the existence of the ancient Anunnaki?

Millions of people around the globe firmly believe that hundreds of thousands of years ago, advanced beings lived on Earth, and many refer to them as the Anunnaki: “those who came down from the heavens.”

Supposedly, and according to some authors, the ancient Anunnaki were (still are?) extremely advanced ‘alien’ civilizations from an elusive planet in our solar system. 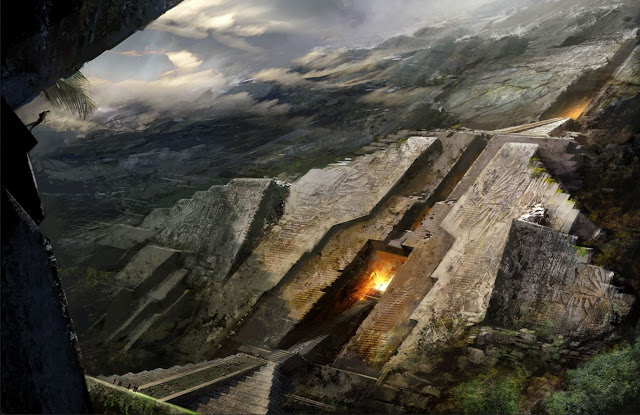 If the Ancient Anunnaki did exist on Earth, wouldn’t we find evidence of their existence today? Well, according to a number of authors, the evidence is all around us.

These mysterious beings came to Earth over 400,000 years ago and kick-started the human civilization.

But what are/were the Anunnaki? Are they mere mythological inventions from people thousands of years ago? Or is it possible there is evidence to support that they did, in fact, exist on Earth?

Interestingly, if we look back at the countless discoveries that have been made in the last couple of decades, we will understand that history as we know it is completely different from the reality.

In fact, countless archaeological and historical discoveries have been made that firmly contradict and challenged mainstream scholars and their views on human origins and history.

Each and every time we ‘touch’ the subject of the Anunnaki, we come across mixed feelings from different readers.

Many believe these ancient beings did exist on Earth, while others are firmly convinced that the Anunnaki are nothing more that mythological creatures and the result of ancient man’s imagination.

Anyone who wants to find out more about the Anunnaki should read the books written by famous writer Zecharia Sitchin.

In 1976, Sitchin published his personal translations of the Sumerian texts in a series of books called “The Earth Chronicles.“

According to Sitchin, the clay tablets describe an alien race known as the Anunnaki, who came to Earth to mine gold.

Sitchin practically suggests that extraterrestrial visited earth in the past because their home-planet needed gold to survive.

But if the ancient Anunnaki did exist, wouldn’t there be evidence of their legacy on Earth?

Well, an ancient city discovered in Africa could prove to be the missing link to the Anunnaki.

Located around 150 km west of the port of Maputo, Researcher, and Author Michael Tellinger has found the remains of a vast metropolis that measures, according to initial surveys a staggering 1,500 square kilometers.

This ancient metropolis is, according to many, part of an even larger complex that encompasses an even greater area of 10,000 square kilometers, but the most fascinating detail about it is its age: It is believed to be between 160,000 and 200,000 years old.

When Heine first introduced me to the ancient stone ruins of southern Africa, he had no idea of the incredible discoveries we would achieve in the following years. The photographs, artifacts and evidence we accumulated, points towards a lost civilization that has never before been and precedes all others – not for a hundred years, or a few thousand years…but many thousands of years. – said Tellinger

Tellinger explains that this is rather interesting since it shows how a timeworn ‘lost’ civilization, prospered in the region while being capable of extracting massive amounts of gold at several mines in the region, all of this at a time when mainstream scholars are telling us, humans were not developed in order to undertake such ‘sophisticated’ projects.

How was it extracted and is it possible that the relative vicinity to the sea was the reason why the giant metropolis was erected in the first place?

Was gold used in trade and sculptures? Or is it possible – as the Ancient Astronaut Theory proposes – that gold was used in a far more ‘technological’ purpose than what mainstream scholars are willing to accept?

I see myself a fairly open-minded chap, but I will admit that it took me well over a year for the penny to drop, and for me to realize that we are actually dealing with the oldest structures ever built by humans on Earth. – said Tellinger

Interestingly, we find that some 250,000 years ago, according to Sitchin, the ancient Anunnaki merged their Alien genes with that of Homo Erectus and created a species known as Homo Sapiens, obtaining as a result, a genetically bicameral species.

However, humans were a hybrid species and could not procreate.

Since the demand for humans as workers became greater, the ancient Anunnaki once again manipulated ancient mankind so they could reproduce on their own.

Based on The Cosmic Code: The Sixth Book of The Earth Chronicles by Zecharia Sitchin, this is the real historical timeline of our planet:

Events Before the Deluge

450,000 years ago,
On Nibiru, a distant member of our solar system, life faces slow extinction as the planet’s atmosphere erodes. Deposed by Anu, the ruler Alalu escapes in a spaceship and finds refuge on Earth. He discovers that Earth has gold that can be used to protect Nibiru’s atmosphere.

445,000
Led by Enki, a son of Anu, the Anunnaki land on Earth, establish Eridu -Earth Station I – for extracting gold from the waters of the Persian Gulf.

416,000
As gold production falters, Anu arrives on Earth with Enlil, the heir apparent. It is decided to obtain the vital gold by mining it in southern Africa. Drawing lots, Enlil wins command of Earth Mission; Enki is relegated to Africa. On departing Earth, Anu is challenged by Alalu’s grandson.

400,000
Seven functional settlements in southern Mesopotamia include a Spaceport (Sippar), Mission Control Center (Nippur), a metallurgical center (Shuruppak). The ores arrive by ships from Africa; the refined metal is sent aloft to orbiters manned by Igigi, then transferred to spaceships arriving periodically from Nibiru.

380,000
Gaining the support of the Igigi, Alalu’s grandson attempts to seize mastery over Earth. The Enlilites win the War of the Olden Gods.

300,000
The Anunnaki toiling in the gold mines mutiny. Enki and Ninhursag create Primitive Workers through genetic manipulation of Ape woman; they take over the manual chores of the Anunnaki. Enlil raids the mines, brings the Primitive Workers to the Edin in Mesopotamia. Given the ability to procreate, Homo Sapiens begins to multiply.

200,000
Life on Earth regresses during a new glacial period.

13,000
Realizing that the passage of Nibiru in Earth’s proximity will trigger an immense tidal wave, Enlil makes the Anunnaki swear to keep the impending calamity a secret from Mankind.

According to many people around the globe, the Anunnaki are most definitely the ultimate proof that there are missing links in the origins of the human species.

I believe that it certainly is very interesting to read about findings like that of Mr. Tellinger, and other ancient sites around the globe. While it remains a great enigma whether or not the Ancient Anunnaki existed on Earth, and if they intervened in any way with the evolution of the human species, the truth is that many ancient civilizations around the globe show what appear to be links, or clues that possibly indicate a similar source of their knowledge.

Here are some images of the ancient city Mr. Tellinger talks about: 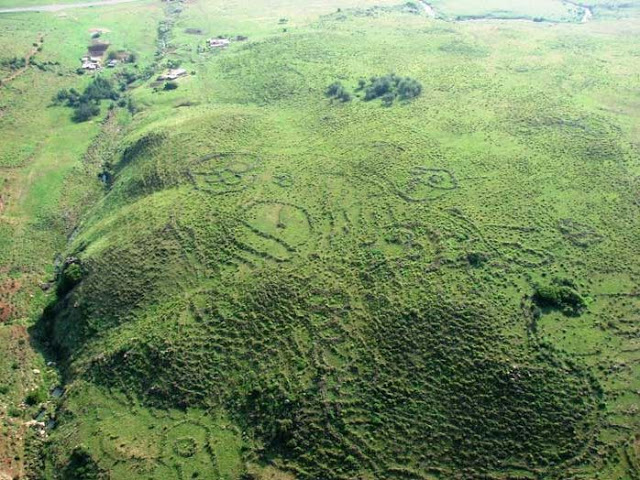 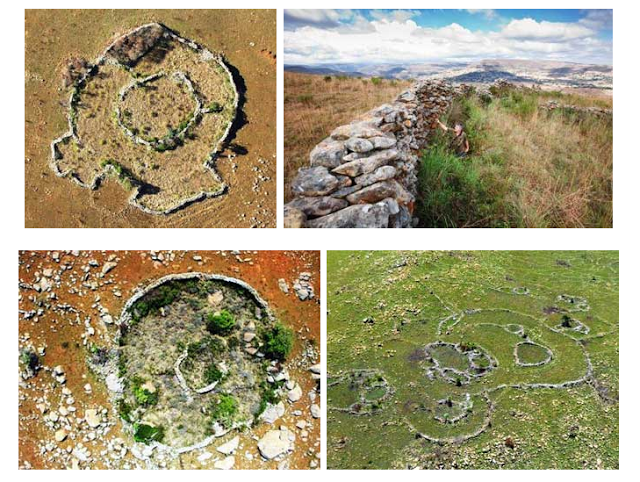 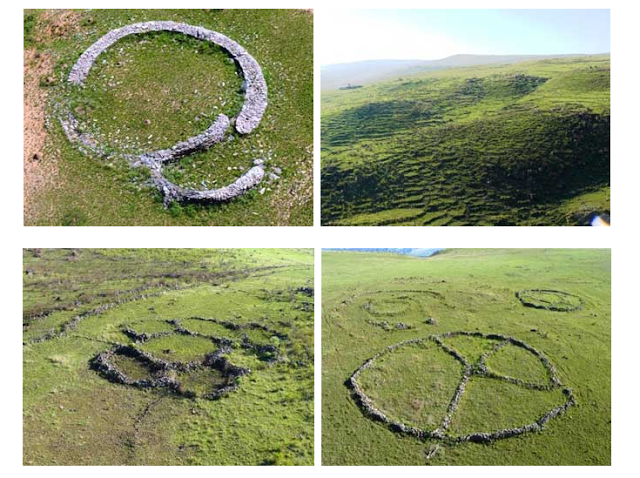 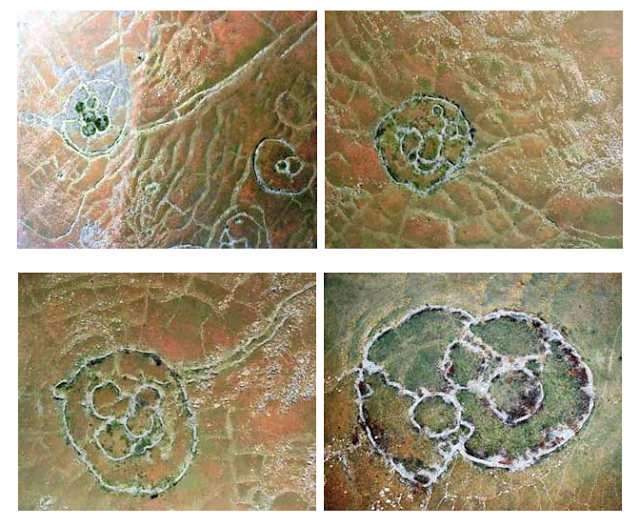 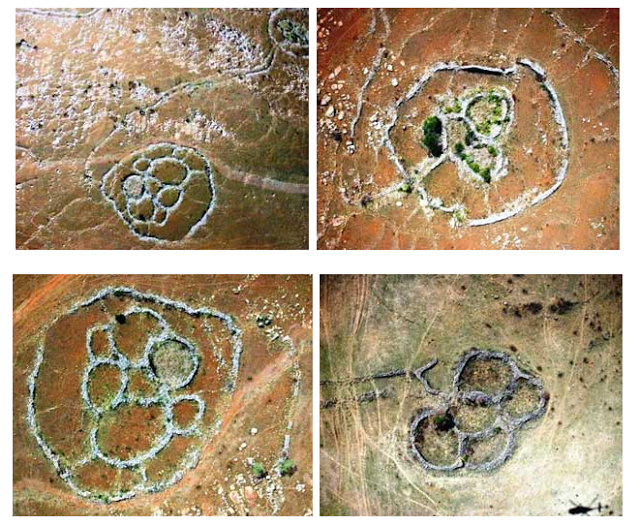