Archonic Spiritual Enslavement of Our Species — The Matrix Farm

Archonic Spiritual Enslavement of Our Species — The Matrix Farm

Our bodies should not require sleep/ rest since these organic vehicles have been designed to function continuously. We even have a self-servicing function, where our bodies repair themselves. And since we take our “fuel” from food, we shouldn’t require sleep at all.

So why do we need it?

The reason we need sleep is because humans beings (the real us, the souls) feed on energy, just like all other beings in our Multiverse (and what our bodies take from food is not enough to keep us going).

When the Anunnaki built the prison-suits (i.e. human bodies) for our souls, they’ve made us in their image, but they took away many of the original features (such as cellular immortality, 12 DNA strands, the ability to grow back teeth, limbs, etc.) and also added many blockages, so that we remain unaware of our spiritual greatness.

Our connection to the Source has been greatly limited, to the extent we are mostly cut off from it and only rarely allowed to connect to it — and never fully.

During sleep, we are allowed to connect to the Source in order to recharge on non-polarized energy.

Why would they do this? What’s the end-game of the Anunnaki?

We used to be Creator-beings (we still are outside this Matrix reality), meaning that we would use the pure energy from the Source to manifest.

During his sessions of LBL reggression, Michael Newton was once told by a subject that he/she, together with other non-physical beings, helped manifest our planet from pure energy.

The planet was at first non-physical. The subject expressed the curiosity/ desire of experiencing life on Earth once it would become physical, because it is one thing to create a planet, and something entirely different to live on it as a physical being.

This matches perfectly with Dr. Neruda interviews , in which he explains how a collective of alien species ( Archons , Reptilians , Anunnaki, Sirians and Greys) have tricked our souls into using these human bodies as vehicles, in order to experience physical life on Earth.

Because we had no understanding of evil and deception back then, we agreed.

At first, the vehicles were outstanding and performed really good, but with each new lot, the Anunnaki secretly downgraded them more and more, until we’ve lost the connection to our Souls and the Source almost entirely.

By then, it was already too late for us. The prison Matrix was activated and we are trapped in it ever since. When we die, we are being forced into the false light portal, which sends us to the “Recycling station,” where we are superficially healed of past life traumas and then sent back here.

But why the trouble?

The Anunnaki, the Reptilians and the Greys are all controlled by a non-physical parasitic force, which the Gnostics called Archons. Just like all other beings in our Multiverse, they too feed on energy, but they only require negatively-polarized energy. 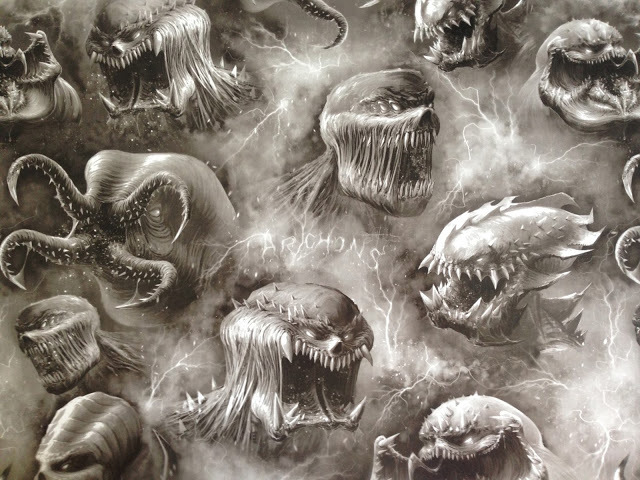 Hence they need hosts to convert the non-polarized energy from the Source, into the low frequency energy that is required by them.

Again, everything that exists is made out of energy and needs energy to “survive,” and the Archons are no exception.

The Anunnaki used trickery many eons ago when they offered to build human vehicles for us, so that we can experience physical life on Earth, and trickery is their game ever since.

They have later presented themselves to us as benevolent gods who came to Earth to mine for gold because life on their planet was allegedly dying off without protection from gold particles sprayed into the atmosphere.

This was yet another trickery, since the Anunnaki had been taking gold from Earth in its pure, atomic state, even before Earth became solid, but they appealed once again to our native predisposition to help and do good, in order to be accepted by us once more.

According to multiple correlations that I’ve made, I strongly believe this took place during the Atlantean times. The Atlanteans lived mostly on a small continent in the Atlantic Ocean.

The Anunnaki observed how the Atlanteans developed meditation techniques that strengthened their connection to the immortal soul and were even able to regain some of their creative capabilities from the Source. But since the downgraded human vehicles were so limited, the Atlanteans found a way to amplify their strength by using massive crystals.

In this book (second volume), it is mentioned advanced technology used by the Atlanteans, as well as the possibility to manifest food with the use of crystals.

This came as a shock to our alien controllers, who decided to infiltrate and corrupt the existing spiritual elites. Long story short, they were eventually able to manipulate some of them into manifesting things they don’t needed and desire materialistic things.

The disputes between the Atlanteans grew stronger and, either intentionally or by accident, one of the giant crystals exploded, sinking their island into the Atlantic Ocean and bringing and end to the Atlantean age.

According to the same book, one of the crystals sunk at the bottom of the Ocean 3/4 intact, and it was responsible for the “Bermuda Triangle” anomalies. The anomalies stopped happening because the US Navy allegedly removed the the broken crystal from the Ocean’s floor and took it to a secret location.

Strangely enough, a team of scientists discovered the ruins of an advanced ancient city at the bottom of the Ocean, in the Bermuda Triangle . There are roads, pyramids and sphinxes, but the scientists unfortunately lack the financing to continue the explorations.

The remaining Atlanteans scrambled in different parts of the Earth, where they’ve tried rebuilding their civilization, with the “help” of the Anunnaki, which have secretly designed new versions of human bodies, downgraded even further.

The experimentation continued until the aliens came up with this version of human bodies, which we call Homo Sapiens — the human bodies that we are using today.

But this time they took no more chances, so they also populated the Earth with soulless vessels — empty vehicles — which their masters, the Archons, could control from another dimension.

These bodies look exactly the same as ours and, without the direct interference of the Archons, they go on and live their lives as dictated by the reptilian brain: they eat, sleep, reproduce, fight… basically do everything in their power to survive.

Very important to note: These are human bodies, not human beings!

The human bodies don’t have a soul, hence they lack consciousness; which means that they merely exist, but never get to actually live as a conscious human being. They feel no empathy, no remorse, no love, etc. — they basically have no concept of good or bad whatsoever. 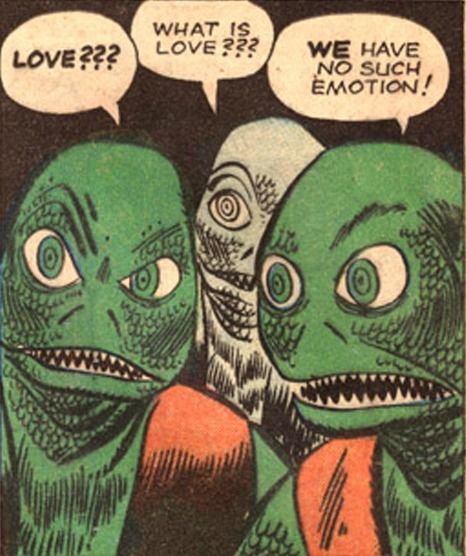 Here’s a short example of what it means to exist without actually being a conscious human being: Ever since I was a child I was guided through many different experiences so that I can now relate to them. It took me many years to understand this, but thanks to those experiences, I am now better prepared to deliver these messages to you.

So here’s a short story that helped me related to the human bodies vs the human beings:

One day, when I was a teen living with my parents, I woke up on the couch, where I was talking to my parents. I was in my pajamas, and I was telling them that I feel OK and there is no need to go to the hospital.

To this day, I don’t remember how I got there, but according to my parents I woke up and went to the bathroom, where they’ve heard me falling. Apparently, I somehow slipped and hit the back of my head in the fall, which made me loose consciousness. My parents found me there and started calling my name. I slowly woke up and I was able to walk to the couch myself.

It probably took me about five minutes from the moment I fell to when I regained consciousness. During this time I talked to my parents, I walked to the couch on my own and I’m sure that I could have go on with my life in that unconscious state indefinitely, but that person wouldn’t have been me.

Now please connect my experience with all those stories about people who changed dramatically after an accident. My hypothesis is that there are dramatic situations, such as accidents, in which the soul is separated from the body, sometimes for good.

Here is one such example:

“In the summer of 1848, a man named Phineas Gage incurred a traumatic injury to the frontal lobe region of his brain after a sudden explosion sent a rod straight through his head. Against many odds, Phineas survived, but afterwards his demeanor changed dramatically. Once a calm, balanced, and levelheaded man, Gage became an overly emotional, unbalanced and quite vulgar man upon recovery. Friends he had had previously, now compared him to an animal and made the perplexing statement, ‘Gage was no longer Gage.’“

These human bodies are indeed very similar to animals, but even less important, because their lifetime experiences amount to nothing.

They only exist to keep the Matrix running and they can be taken over/ possessed at any time by their Archon Masters . It is estimated that about half of the humans are organic portals, meaning they don’t have souls attached to their bodies . And this is the reason why we have so much pain and sufferance in the world.

They are the ones that ascend to positions of power, because their Masters need them there. They are being guided/ helped to occupy as many positions of power as possible, in order to maintain the status quo of the control system.

They are also the perpetrators of sadistic actions such as: murder, pedophilia , depopulation , genocide … you name it. And it is directed at the rest of us, the human beings.

The Matrix is a FARM

Once human beings recharge with non-polarized energy during sleep, it is up to us to give it a polarity.

We, as Divine beings made of positive, Love-energy, would naturally polarize it positively, but since our existence has been hijacked and so many people are being systematically tortured in this Matrix-reality, most of us polarize the energy negatively.

Human beings need to be mentally and physically tormented as much as possible, so that the Archon-masters can feed on our negative emotions. This is the sole purpose of the Matrix-prison.

The Matrix reality is basically a farm of negative energy.

Luckily, you can learn how to escape from this prison-reality here: Escape ‘Their’ TRAP and Set Your Soul FREE .