Be Wary of the Anunnaki Deception!

by Alexander Light
Humans Are Free

The sudden position shift of the mainstream scientific community regarding the existence of extraterrestrial life should make us wary.

Recently, top US astronomers gathered in front of congress to let them know that extraterrestrial life exists without question .

Dan Werthimer of the SETI Research Centre at the University of California, Berkeley, recently called for more funding to be allocated to the search for extraterrestrial life since he is “ close to 100 percent ” certain that we are not alone.

Numerous scientists all over the planet have recently shifted their opinions about the existence of ET life and it may be because they know something that we don’t. 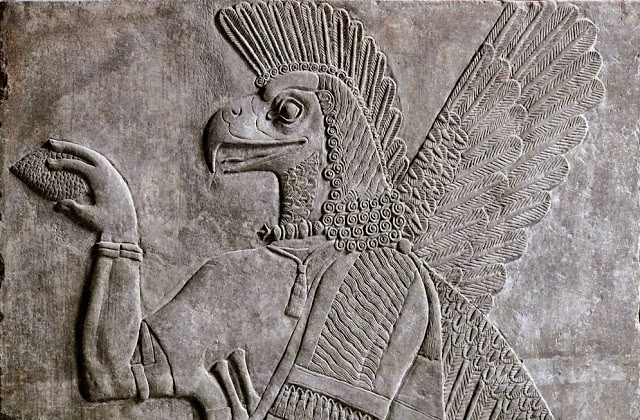 According to one recent interview from a man with insider Pentagon sources, the Anunnaki may be returning to Earth . According to Stan Deyo, the buzzword around the Pentagon is that the Sumerian Gods are returning.

Remember: The Anunnaki are NOT our friends! Never have been, never will.

According to James Gilliland , the returning Anunnaki are:

“Very benevolent. They operate under Universal Law and they are calling these fallen ones (the ones who have kept us enslaved for millennia) before the council. They will have to stand before this council and deal with what they have done that was out of alignment with Universal Law. They are also working with the Pleiadians, Andromedans, the Arcturians and the other beings in conjunction together to remove the fallen ones and the Reptilian alliance.”

To me, this is a huge red flag! For years now, I’ve been warning my readers that mankind’s enslavers (i.e. the Anunnaki), will one day be presented as heroes and saviors.

They will make us desire and ask for their knowledge and advanced technology, and we will listen to their supposed wisdom.

(Just remember that these “wise” beings genetically engineered us to be their slaves – literally – and demanded periodic human sacrifices . They enjoy raping children and marry their 1st degree relatives to preserve their “royal” blood and the right to rule.

They presented themselves as gods and mankind’s religions were dedicated to them , which means that we are supposed to be eternally grateful to them and spend a lifetime on our knees, praising their “greatness.”

They are also the ones who introduced the pyramidal social order, when they’ve decided to retreat into the shadows and leave the “royal” human-Anunnaki hybrids in charge of our planet .

Since the dawn of our existence, the Anunnaki and their hybrid descendants used us a soldiers in their disgusting wars and struggle for power. We fought, we suffered and we died – sacrificed on their altar.

In their opinion, they have the right to rule over us and oppress us anyway they want, because they are members of a superior species).

Eventually, they will offer us the alleged solution to all our problems, which will be nothing else than the New World Order in disguise . And by the time we will figure it out, it will already be too late.

The ET / UFO disclosure seems to be accelerating. The recent crash of an alleged pyramidal UFO in Canada , has got many people hooked to the subject once again.

Probably not by coincidence, a series of UFOs have appeared over Western Massachusetts, – relatively at the same time – causing quite a buzz:

With all these positive news about UFOs and ETs, we may get excited more than we should and stop questioning the motives behind all this stir.

As always, my message is to be cautious about the Anunnaki and any other ET species that will have the support of our governments.

Stay sharp and be safe!