by RE
in DNA, Knowledge, World Truth
0

Already, we know that a genetically modified organism is an organism that has had its DNA altered or modified in some way through genetic engineering. Mostly, the organism is altered with DNA from another organism, be it a bacterium, plant, virus or animal.

From animals and plants, the DNA altering has now caught up with human beings. Soon, we would see genetically modified human beings .

Clustered Regularly Interspaced Short Palindromic Repeats (CRISPR) is a new genetic editing tool, which scientists claim could transform the field of biology. In fact, for many years now, scientists have been experimenting on gene editing techniques in order to find the best tool to alter the DNA of human beings. It is through this search that animal and plant genes were altered by scientists. 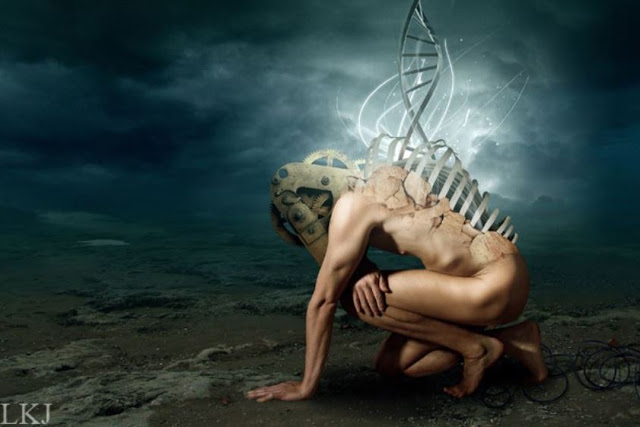 With the discovery of CRISPR, it allows scientists to edit human genes with unprecedented precision, efficiency, and flexibility. So far, scientists claim to have successfully used CRISPR to create monkeys with targeted mutations to prevent HIV infection in human cells.

But even before the Chinese announcement of the second modified embryo, in February 2016, British scientists were given permission by the country’s regulators to genetically modify human embryos by using CRISPR-Cas9 and related techniques. The embryos were to be destroyed after seven days due to ethical and legal restrictions.

These developments showed clearly that soon, scientists will start editing the human gene, if permitted by governments.

A private biotechnology company in the United States called Editas Medicine, has announced that by 2017, it will produce the first genetically modified human beings on Earth. The company plans to start the first trials soon.

According to Editas Medicine, it is poised to become the first lab in the world to ‘genetically edit’ the DNA of patients suffering from a genetic condition. Specifically, the company is concentrating on a blinding disorder known as ‘leber congenital amaurosis’. The disorder prevents normal function of the retina; the light-sensitive layer of cells at the back of the eye. It appears at birth or in the first months of life and eventually, sufferers can go completely blind.

Experts say the disease is inherited and is caused by defects in a gene that instructs the creation of a protein essential to vision.

By using the CRISPR editing technique, scientists at Editas Medicine believe they can fix the mutated DNA.

However, despite Editas Medicine’s hope to start using the technology on humans, some concerned scientists and observers have expressed worry on the technology. This is because the technology fundamentally changes a person’s genetic code, which can then be passed down to offspring. Even CRISPR advocates have admitted that it could have unintended consequences for other parts of the genome, and could lead to designer babies. Designer babies are babies whose genetic make-up has been selected, in order to eradicate a particular defect, or to ensure that a particular gene is present.

“CRISPR is a hugely exciting technology and it undoubtedly has great potential that is attracting the attention of researchers around the world. If the potential of CRISPR is to be realized then the technology needs to be thoroughly explored through high quality biomedical research that is subjected to ethical approval and peer review. Otherwise there is a risk that families desperate for cures will be vulnerable to plausible offers from over-enthusiastic advocates for the technology,” Alastair Kent of the Genetic Alliance said.

Some observers also say scientists should avoid even attempting to lax jurisdictions – the technology for clinical application in humans – until the full implications of the technology are discussed among scientific and governmental organizations.

Also, some scientists who support basic research on CRISPR say they do not see the technology as developed enough for any clinical use in making heritable changes to humans.

This article (Genetically Modified Human Beings Could Exist by 2017, Researchers Raise Concerns [Video]) is a free and open source. You have permission to republish this article under a Creative Commons license with attribution to the author and AnonHQ.com.