HAARP Scheduled To Be Shut Down By US Military

by RE
in Conspiracy, Haarp, Knowledge, World Truth
0

Was HAARP Made to Weaponize The Weather?

What might be considered a conspiracy theory to many might not be so farfetched. Especially when the president of a country and such a well known political figure makes such a shocking comment, like the former president of Venezuela (Hugo Chavez) who claimed that The High Frequency Active Auroral Research Program (HAARP) was used as a weather manipulation weapon to trigger the Haiti earthquake. ( source ) After all, it is an ionospheric research program that’s funded by the United States military, and the Defense Advanced Research Projects Agency (DARPA), they like to weaponize everything, and use science to do so for the purpose of ‘defense’ and ‘national security.’

Chavez isn’t the only one who has made such claims. In 2010, the president of Iran (at the time) Mahmoud Ahmadinejad said that the facility was responsible for the devastating floods in Pakistan. ( source ) How can we still label these potentials as conspiracy theories and instantly dismiss them? These are important questions to ask, and important possibilities to consider with enough validity and evidence to not brush them off as conspiracy theories. 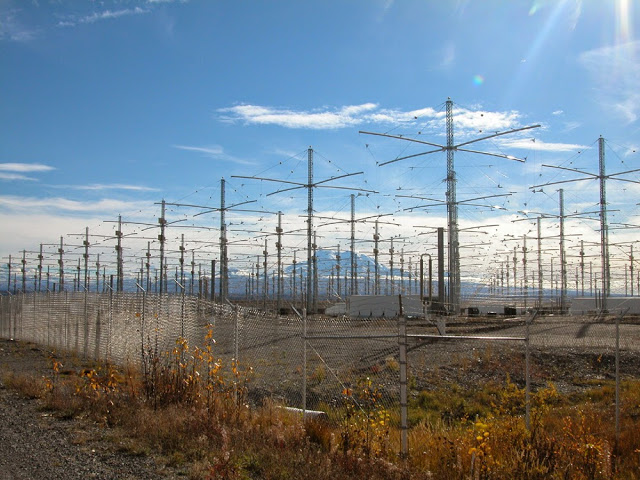 After events like 9/11, the public is becoming more aware and more open minded to the fact that things aren’t always as they seem, especially when it comes to global events and world issues.

In 2002, the Russian parliament was very concerned about US plans to develop new weapons using HAARP. ( source )

If these claims are true, what has transpired over the past few years and the truth behind it is both heartbreaking and devastating.

Apparently, the Air Force is set to close down the program after 21 years.

That’s right, it was designed to control the ionosphere. Below is a recent video of Senator Murkowski asking questions at a defense hearing to the appropriations subcommittee SD-192.

Everything is Wrapped in Secrecy. Our World Needs More Transparency

There are new technologies that can be used to benefit the human race and have us living more harmonious with earth. (like free energy) Having most of our science and technologies rest in the hands of defense and intelligence agencies is a form of control. These agencies aren’t needed, they are only needed in a world of fear and chaos, which they (these agencies) like to maintain in order to justify their existence.