Below is one video out of thousands floating around on the internet of supposed footage of unidentified flying objects. Keep in mind, many pictures and videos of these crafts have been published and analyzed thoroughly, so there is no shortage of verified footage and pictures. (More information on that can be found below the video.)

This one in particular comes from Dr. Steven Greer, founder of The Disclosure Project and the Center for the Study of Extraterrestrial Intelligence (CSETI). Known to some as the “Father of the Disclosure Movement,” he was instrumental in bringing forth hundreds of military whistleblowers of all ranks, with verified backgrounds, to share their experience and testify on the UFO/extraterrestrial phenomenon. 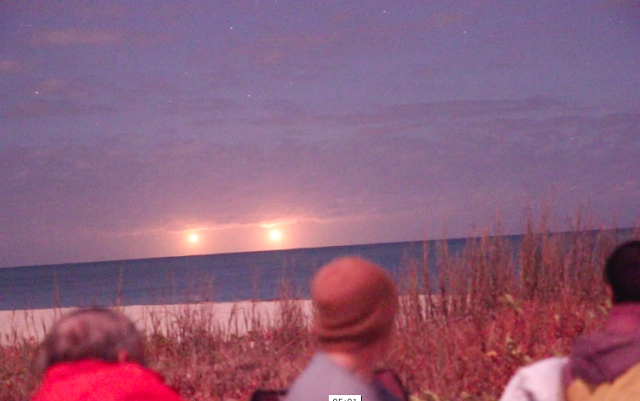 There is, admittedly, plenty of disinformation being spread within the UFOlogy field, and many people seeking to manipulate the evidence and public opinion, which makes it difficult to assess what information is legitimate and what is not. It unfortunately comes down to doing your own research and using your best judgement.

Greer has had meetings with high level people in the Pentagon, according to himself, Dr. Edgar Mitchell (Apollo 14, who accompanied him on some of these meetings), and many more.

Dr. Greer has been doing these types of outings for quite a while, and he’s not the only one. Last year, a couple of CE members made a trip out to a gathering of researchers, whistleblowers. and enthusiasts, and witnessed something similar.

When you get to that level, and hang around those types of people, your going to draw attention, and anybody who draws massive amounts of attention will be praised, as well as vilified. Within the UFO movement, there are those that disagree and don’t associate with each other, which is very weird and shouldn’t be happening.

I think it’s safe to say that UFOs are no longer a fringe topic, as their existence has been verified in the mainstream world, but beyond that, most people are still in the dark. It’s important to keep in mind that a decade ago you were considered a conspiracy theorist for even believing in the existence of UFOs. Things have changed since then, but believing that some of these craft are extraterrestrial in origin is still considered ‘out there.’

This is why so many scientists around the world have been urging the scientific study of UFOs for decades. The Sturrock Report, for example, an effort that gathered the world’s top minds, was put together in the form of a paper urging that, if “the analysis of physical evidence turns up very strong evidence that objects related with UFO reports were manufactured outside the solar system, then one must obviously consider very seriously that the phenomenon involves not only extraterrestrial vehicles, but probably also extraterrestrial beings.”

Their main objective was to examine any possible physical evidence, and have it carefully collected and analyzed. These objects have been commonly photographed, as well as tracked on air/ground radar.

The pilots were flying in a formation of four F86 Sabre jet aircraft. One of the pilots described the phenomenon as a “bright light which was sharply defined and disk-shaped,” that looked like “a shiny silver dollar sitting horizontal.” Another pilot managed to photograph the object, as you can see above.

An analysis of this case was also published in the Journal of Scientific Exploration (“Optical Power Output of an Unidentified High Altitude Light Source,” vol. 13, #2, 1999).

This is one of many examples to give you an idea. Many documents indicate electrical equipment failure when entering the vicinity of these UFOs, like this one from the National Security Agency (NSA).

Just as there was evidence for UFOs when they were still considered a conspiracy, most, if not all researchers who have studied this phenomenon, will tell you with absolute certainty that there is ample evidence to support what’s known as the “extraterrestrial hypothesis,” and so will high ranking whistleblowers with verified backgrounds, from various decades — from Herman Oberth , one of the founding fathers of modern rocketry, to Edgar Mitchell, the 6th man to walk on the moon.

It’s similiar to Snowden’s mass surveillance revelation, which also used to be considered a conspiracy theory. His story stands as a great example of just how hard it is for someone to blow the whistle on secret, unacknowledged Special Access Programs .

“There is a serious possibility that we are being visited and have been visited for many years by people from outer space, from other civilizations. This should be the subject of rigorous scientific investigation and not the subject of ‘rubbishing’ by tabloid newspapers.”

These objects perform maneuvers that defy our understanding of physics. What’s more, there have been strange reports of involvement with and of extraterrestrials within the secret space program.

If you want to listen to a great lecture and learn more about the secret space program, you can check out this article we published on it earlier in the year.

If you’d like to go through some of that evidence, please visit the exopolitics section of our website .