It’s not beyond the realm of possibility, given today’s technology and love for the nanny state among tens of millions of Americans, that someday we might all be required to be “chipped” – that is, implanted with a tiny microchip under our skin so that we can be constantly tracked by government at all levels.

And because of the potentiality, one lawmaker from Nevada is introducing preemptive legislation to prohibit the practice, at least in her state.

As reported by the Las Vegas Review-Journal , state Sen. Becky Harris believes the day may not be far off when everyone would be forced to accept a microchip. And whether the reasons for the requirement would be law enforcement purposes, ‘public safety’ or just a matter of convenience, she believes it comes dangerously close to infringing on our personal privacy. 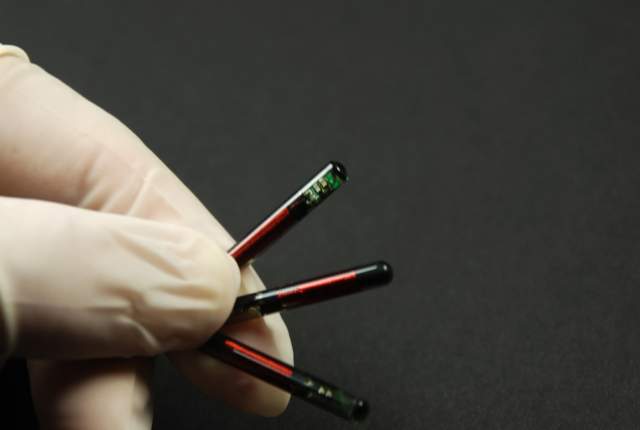 “As I began to look into the issue, I was surprised with the merit that I believe the issue warrants,” she told members of the Senate Judiciary Committee in recent days. Her legislation, Senate Bill 109, would make it a Class C felony to force someone to accept a microchip that serves as an RFID – radio frequency identifier , technology that has been around for some time now.

Harris further noted that sales of subcutaneous RFID microchips around the globe are increasing every year. She said that an Australian firm sold some 10,000 of them last year in kits where consumers are shown how to self-implant them.

“Each kit costs about $100 and includes a tag and an injection tool,” she told her colleagues, adding that, according to a story she had read in The Wall Street Journal, anywhere from 30,000 to 50,000 chips had been sold around the world.

In fact, she noted further, there are some European companies that require their employees to be chipped, for security. Employees of some firms in Belgium and Sweden use chips to identify employees and grant them access to facilities.

“It’s done under the idea to unlock doors or use copy machines or maybe pay for lunch, you could use your hand,” she told her colleagues on the Judiciary Committee.

Harris’ legislation was fashioned after other bills that have passed in at least 10 other states. She said it would not prevent voluntary chipping, just would not allow companies or institutions of government to require chipping.

For at least 10 years, microchipping technology has been available to owners of pets, who have them chipped so that in case they run away or are stolen, they can be located. Also, some believe that people with certain medical conditions, like Alzheimer’s disease, might benefit from being chipped because they sometimes wander off and forget where they are.

Dr. Katherine Albrecht, an anti-RFID advocate, privacy researcher, and co-author of the book, “Spychips: How Major Corporations and Government Plan to Track Your Every Purchase and Watch Your Every Move,” notes that electronic tracking is practically everywhere now , and that includes on primary school campuses.

“Schools, of all places, should be teaching children how to participate in a free democratic society, not conditioning them to be tracked like cattle,” Albrecht, who is also director of Consumers Against Supermarket Privacy Invasion and Numbering, said in a statement, as reported by Fox News . “Districts planning to use RFID should brace themselves for a parent backlash, protests and lawsuits.”

She was joined by the Electronic Privacy Information Center , which also opposes tracking of students. In a paper published with Albrecht’s organization and others concerned about protecting privacy in the Digital Age, EPIC and the other groups urged “that schools adopt robust privacy safeguards” if they move forward with RFID tracking of students.

Schools using tracking technology are not proposing that students be chipped. They are, however, required to carry electronic RFID-emitting cards so their locations can be tracked.

Two things come to mind in all of this: 1) That subcutaneous tracking technology is actually making inroads in various societies voluntarily; and 2) That it has become so normalized in many ways that state and local governments actually have to write and pass legislation preventing the mandatory chipping of citizens – in America, no less.

This just goes to prove that some people are either born, or haplessly conditioned, to live as sheep.

J.D. Heyes is a senior writer for NaturalNews.com and NewsTarget.com, as well as editor of The National Sentinel.