by RE
in Knowledge, Pyramids
0

There are a lot of famous wonders left by ancient civilizations which demonstrates how advanced they were during their time.

We have Europe, Asia and Africa with their magnificent history and the fascinating monuments that were left behind. The Great Pyramid of Giza being one the most famous ancient wonders left by the old world and has baffled experts by it’s mathematical precision and complexity.

But that’s not the only mysterious pyramid that exists. Explorers and researchers have come across a gigantic pyramid in the cold continent of Antarctica. It shares similarities with Giza’s Great Pyramid and it could rewrite history as we know it. 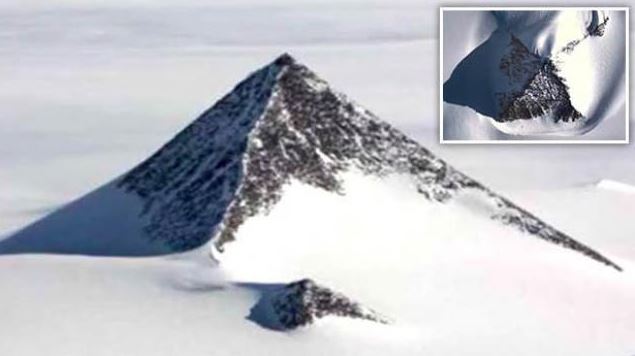 The icy continent was once a place with lush forests and warmer temperatures, it’s possible that intelligent life could have lived there.

This new structure could be the remains of an unknown ancient civilization, constructed with help from extraterrestrial beings as some theories suggest.