Signs and Omens: Listening to the Messages of Spirit

Signs and Omens: Listening to the Messages of Spirit

With the constant exposure to digital news, ads and social media interaction, we’ve lost the valuable skill that our ancestors had of gathering information firsthand from our surroundings.
We’ve lost the ability to perceive the deep interconnection between “us” and the natural world, and the different ways nature is alive and communicates with us. The patterns of birds in flight, the blooming of trees outside of their season, the temperature of the ocean’s water, the invasion of ants or snails … there are so many occurrences in nature that carry valuable information and significance that we don’t pay attention to anymore. 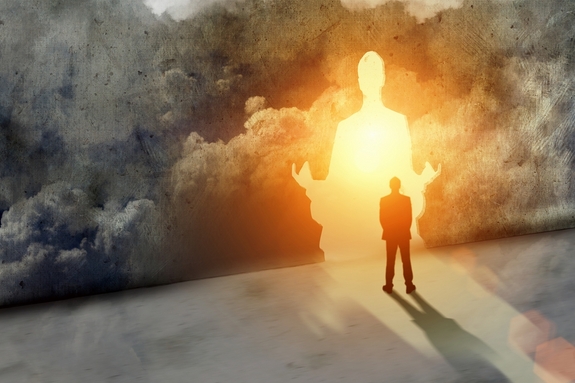 In the modern fast-paced world, signs have been divorced from their significance.
Nature is always communicating with us and often this occurs by showing us omens and signs. Indigenous traditions understood this as working and being in harmony with the flow or web of life. Through Physics we now know this as the “unified field.”
These signs and omens present themselves to us daily on our spiritual journeys. Like breadcrumbs to follow, we can re-learn how to trace the wisdom of this subtle guidance.
A Story of Signs
Over the last few years, Luna and I have been finding new ways to deeply connect to the world around us. One of these ways is by paying close attention to the signs and omens we encounter through our daily lives. Watching out for signs and omens not only provides us with guidance, but it is also an effective method of grounding our awareness in the present moment.
I asked Luna to share her recent experience:

I have always been something of a daydreamy person. But only in the past few years have I taken a conscious step out of this dreamland and into reality. When seen through clear and present eyes, I realize that life sends us so many signs, messages and omens every day. It’s just that many of us don’t have the eyes to see it. We get so lost in our chaotic and blurry thoughts of the past and future that we forget the wonders that lie with us in the present. Keeping this in mind, I try to start every day with grounded and aware presence and receptivity to life. And I often discover something amazing on my morning walks: Life or Spirit is directly communicating with me. My unconscious needs or questions are frequently met with signs and omens of various natures. Recently I’ve been seeing three birds constantly cross my path: the wagtail, white ibis and duck. The wagtail represents playfulness and joy, the white ibis represents opportunity, and the duck represents nurturing. To me the message from Life is very clear, “Every day is an opportunity to experience joy and self-love, no matter what happens.”

I’ve often felt that I’ve lived an eternity of life condensed into 27 years of time. Since I was little, I’ve felt as though I could see too deep and too much into the materialistic pursuits, fear based beliefs, and meaningless ambitions of the people around me, resulting in the welcomed company of solitude, and a search for something of higher substance. Now, I dedicate my time to practicing and teaching Involution; a synthesis of ancient spiritual teachings, shamanism and modern science. [More…] [Facebook]