The Igigi – 300 Astronauts Who Served The Annunaki – Revolt Against Enlil

by RE
in Anunnaki, Knowledge
0

300 astronauts the Igigi (“they who turn and see”) – the gods of the younger generation – were the Annunaki’s servants, given the task of digging gold and riverbeds.

The Igigi remained in constant Earth orbit, acting as intermediaries between Earth and Nibiru. They stayed in Earth’s skies on orbiting platforms, to which the processed ores were delivered from Earth by shuttlecraft, thereafter to be transferred to proper spaceships, which could ferry the gold to the Home Planet.

These gods were apparently never encountered by Mankind. Several texts say that they were “too high up for Mankind,” as a consequence of which “they were not concerned with the people.”

After a long period the Igigi tired of this unpleasant work for the Annunaki. 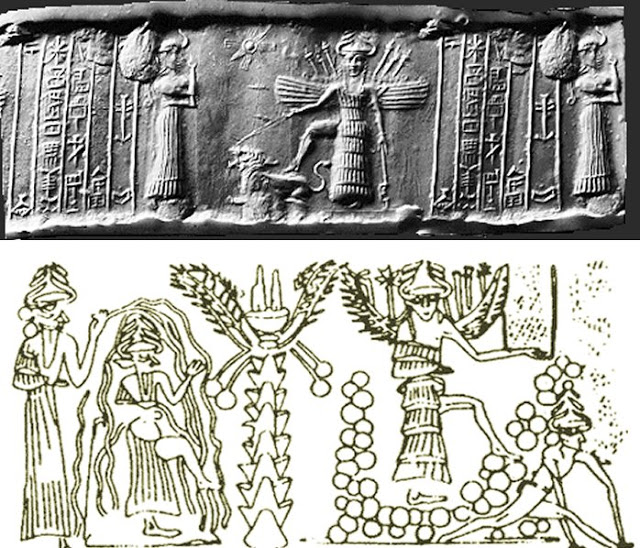 There simply was no facility on Earth for the rest and recreation of the Igigi, where they could relax from the rigors of space and its weightlessness, so they decided to revolt against the dictatorship of Enlil.

They set fire to their tools and surrounded Enlil’s great house by night and forced the Nibiruan leaders (the “triad” of Gods) to find a new source of labor.

The Igigi were replaced by the creation of humans according to the Sumerian records.

A slave race was created by splicing their genes with the genes of the most advanced primate on the planet at that time, probably Homo Habilis, approximately 440,000 years ago.

Sitchin, Zecharia, The Wars of Gods and Men