The Puzzle of Consciousness

Consciousness may be more than just brain activity

Over the latest 20 years ago, the field of consciousness studies has become increasingly popular, partly because some scientists believe that consciousness is one of the last remaining mysteries. According to this narrative, we have now reached the point where we largely understand problems like evolution, the nature of life and the origins of the universe, so now it’s time for us to turn our attention inside and solve the problem of consciousness.

Consciousness is difficult to define, partly because it’s us. But most definitions of consciousness include two elements: our subjective experience (that is our thoughts, feelings, perceptions and sensations – or qualia as they are sometimes collectively called), and our awareness of the world around us and the phenomena and processes which take place in it. When scientists began to investigate consciousness, most were confident that it wouldn’t be too long before the mystery would be solved. They believed that brain -scanning technologies would enable us to see how billions of the brain’s neurons work together to produce our subjective experience. However, despite more than two decades of intensive research and theorising, very title (if any) progress has been made. Originally neuroscientists thought that consciousness would be located in a specific area of the brain, then tentatively suggested that in some way it seems to emanate from the brain as a whole. However, no one has any idea how this might occur. 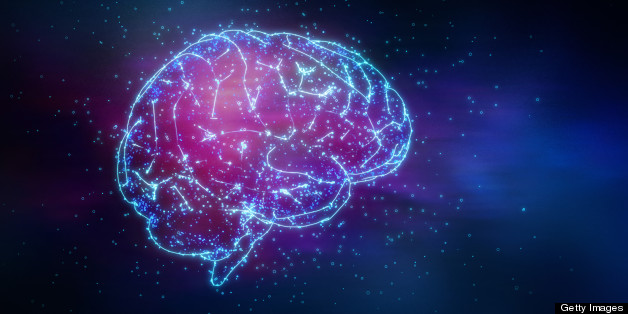 It might seem natural to assume that consciousness is produced by the brain – as a scientist once said to me, ‘We don’t have anywhere else to look. If consciousness doesn’t come from the brain, where else could it possibly come from?’ However, this argument is strikingly similar to the arguments which were once commonly used to support the existence of God – “There’s no other way of explaining it, so it must be God!”

Famously, the philosopher David Chalmers called this the ‘hard problem.’ Psychologists and neuroscientists can understand some problems fairly well – e.g. how the mind process information, how attention and memory operate, and so on. These are the ‘easy problems.’ But the ‘hard problem’ of how the brain might produce consciousness is much less amenable to explanation, and may be completely insoluble.

However, there are viable alternative ways of explaining consciousness besides through brain activity. David Chalmers’ own view is that, rather than produced by the brain, consciousness may be a fundamental force of the universe, like gravity or mass. In this way, consciousness came into being when the universe began, and exists everywhere and in everything. A similar view is put forward by the philosopher Robert Forman, who suggests that consciousness exists as a kind of field, outside the brain, and that the function of the brain is to ‘pick up’ consciousness, like a radio receiver, and then to ‘channel’ it into our individual organism.

To me, this model makes more sense than to continue hammering away fruitlessly at the brain for an explanation of consciousness. It also makes more sense than to explain away consciousness as an illusion – as the Daniel Dennett does in Consciousness Explained, for example (where he suggests that qualia don’t really exist, and that in reality there is no one ‘in’ our brains looking out at the world.) The idea of consciousness as a fundamental force is strikingly similar to the outlook of many of the world’s indigenous peoples. Completely independently, many indigenous groups developed concepts of a fundamental ‘ spiritual force’ which they perceived as pervading the whole of reality. In America, the Hopi called it maasauu, the Lakota called it wakan-tanka, and the Pawnee called it tirawa, while the Ufaina (of the Amazon Rain Forest) call it fufaka. The Ainu of Japan called it ramut (translated by the anthropologist Monro as ‘spirit-energy’), while in parts of New Guinea it was called imunu (translated by early anthropologist J.H. Holmes as ‘universal soul’. In Africa the Nuer call it kwoth and the Mbuti call it pepo. As these peoples perceived it, this force is not a personal being such as a deity, who watches over the world and requires human beings to worship it. It is usually seen as an all-pervading force or power, with no gender or personality .

This view of consciousness has a great deal of explanatory power in other areas. It helps to explain human compassion, empathy and altruism, for example. Altruism makes little sense from a materialist point of view, since we’re all individual beings enclosed in our bodies, and the primary aim of our lives is to sustain our own well-being. It makes no sense for us to put the well-being of others before our own, or to go out of our way to help strangers, or members of other species. But if consciousness is a fundamental force or a field, then in a sense it’s something we all share, or participate in. It’s therefore possible for us to empathise with other people, to experience their own sufferings as if they are our own, and to feel a desire to alleviate them. In a sense, other people’s sufferings are our own.

This model is also consistent with telepathy. Telepathy also makes no sense at all from a materialist point of view, which is why many materialists are so keen to dispute research suggesting that it’s a real phenomenon. But again, if consciousness is a fundamental force, we shouldn’t be surprised if telepathy is real. There is a fundamental connection between living beings—a shared network of consciousness through which information could be exchanged from unit to unit.

This ‘radio’ model also fits with an argument which is often used in favour of the idea that consciousness is produced by the brain: damage to the brain would still affect or impair consciousness, just as damage to a radio would impair its broadcast of programmes.

Steve Taylor, Ph.D. is a senior lecturer in psychology at Leeds Beckett University, UK. He is the author of Back to Sanity and The Fall. www.stevenmtaylor.com
Follow Steve on Facebook Follow Steve on Twitter