With all the scientific developments in neuroscience , perhaps none have been utilized so thoroughly and so effectively for social engineering as in the advertising industry .

If you thought you could get away from the influence of this machine, you’re mistaken. Nearly a century after Coca-Cola took cocaine out of its most popular beverage, neuroscientists have found that soft drinks still work like illicit drugs , as does fat, salt, and sugar on our brains – but strangely, so do the images we “consume.” Are you sure that you are motivated by your own, sovereign mind or are other forces at play?

This massive industry manufactures societal problems such as sexism, gender, race, and age division, depression, etc. by using subtle (and not so subtle) programming that is plugged directly into the brains of millions of people across the globe. 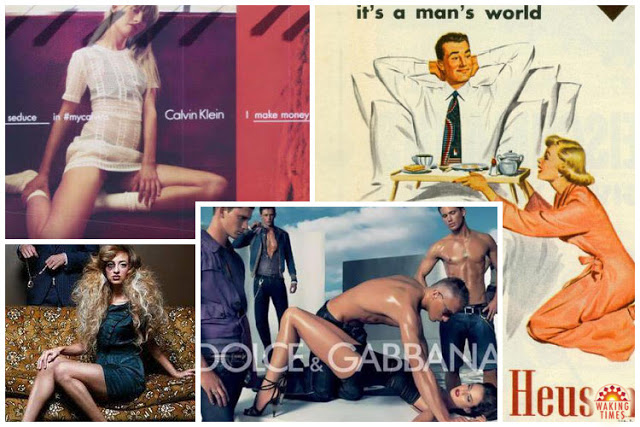 It isn’t just women who are degraded with print and media advertisements. Men are relegated to a certain patriarchal, hyper-macho role relegating them to caveman status. In this advertisement by Old Spice, the inference that man is nothing more than a mindless robot isn’t exactly subtle:

In a Calvin Klein ad, women are relegated to the role of whore, and men to the role of pimp. The imagery is a bit more subtle than in the Old Spice ad, but obvious for those who are intelligent enough to see through the propaganda machine’s façade.
Notice, that the woman is a grown, thin, white woman dressed as an innocent child while her legs are open just enough to draw the eyes to her crotch, and the man depicted in the ad happens to be African-American, with one eye oddly half-closed as if he were possessed by a demon. They are also separated by a clear visual frame, and do not interact with one another, subliminally reinforcing gender and race division. 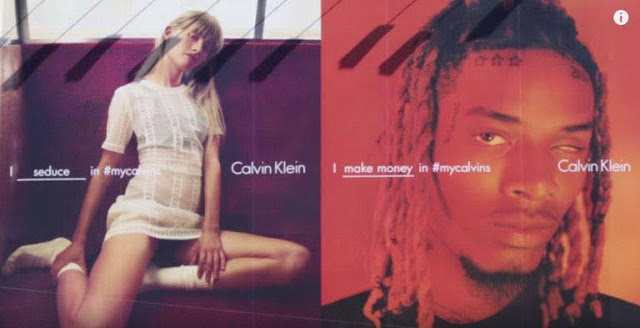 In yet another twisted advertisement meant to desensitize us to the pervasive problem of domestic abuse, a woman is depicted sitting on a sofa with a black eye while an ominously posed man stands behind her in a position of power. To add insult to injury, quite literally, she is told to “look good” while her face is being battered in. 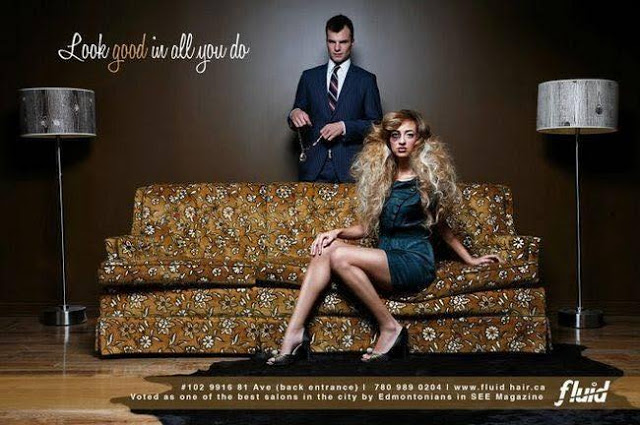 In another ad presented by Van Heusen, a woman’s place in society is clearly depicted by the power brokers who create the nonsensical world which is supposed to sway our subconscious motivations. 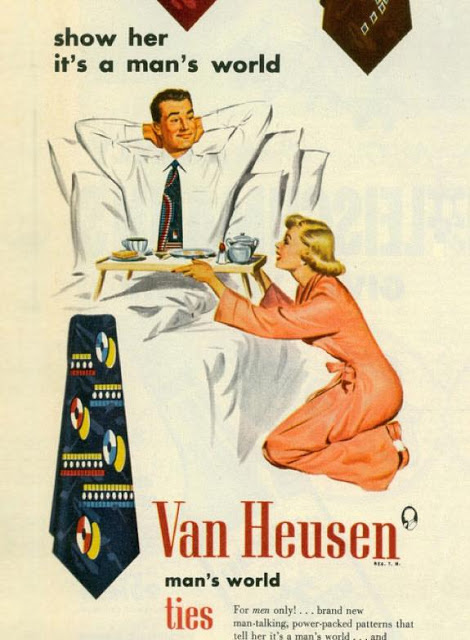 Some of us think we live in a democratic society, but as Edward Bernays , the self-proclaimed “Father of Public Relations,” and master-mind behind the Tobacco industry’s push of cigarettes on an unsuspecting population openly details,

“The conscious and intelligent manipulation of the organized habits and opinions of the masses is an important element in democratic society. Those who manipulate this unseen mechanism of society constitute an invisible government which is the true ruling power of our country. …We are governed, our minds are molded, our tastes formed, our ideas suggested, largely by men we have never heard of. This is a logical result of the way in which our democratic society is organized. Vast numbers of human beings must cooperate in this manner if they are to live together as a smoothly functioning society. …In almost every act of our daily lives, whether in the sphere of politics or business, in our social conduct or our ethical thinking, we are dominated by the relatively small number of persons…who understand the mental processes and social patterns of the masses. It is they who pull the wires which control the public mind.”

To wit, look at this slick pic of a gang-rape scenario made “vogue” by Dolce & Gabbana, or the immensely degrading ad by American Apparel. In the first advertisement, there isn’t a woman expressing her sexuality freely, and being honored, but held down by force while 3 other men stand in line to abuse her. 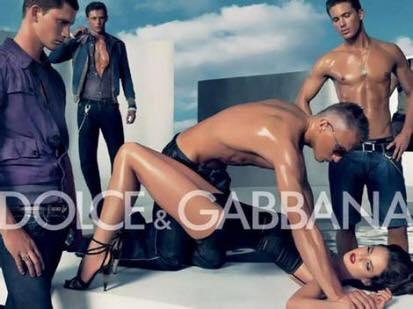 In the American Apparel ad the woman posing was either extremely uncomfortable, or told to look distressed as she is photographed spread-eagle, insinuating that we should have full access to her, even without her consent. 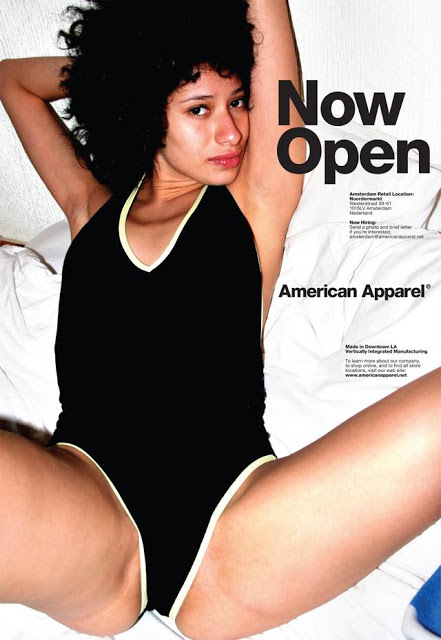 There’s also this ad by Samsung, promoting reverse sexism – once again painting men as heartless, emotionless baboons who need to be domesticated with a little technology and the “conniving” woman.

These are just a handful of the thousands of programmed messages that we are subjected to on a daily basis. Should you think these messages don’t have an influence on you, consider that scientific studies prove they do.

For instance, just the color of a pharmaceutical pill can make you think it is working when it isn’t. Blue pill or Red, Neo? Blue is always the color of sleeping pills – so you can stay asleep.

The marketing industry uses what is called “priming” in these ads, because it has an implicit effect on your memory. Creating a stimulus or perceptual pattern influences your response to other stimulus (which they also have well planned).

The seminal experiments of Meyer and Schvaneveldt in the early 1970s are still used today to make you want something based on “priming” images.

We’re so easily manipulated that we change our opinions about a person based simply on whether they are carrying a hot or cold beverage, as evidenced in another study conducted by Yale psychologists. Surely exposure to constant programming meant to keep us in restricted gender, race, and cultural roles will have some effect on even the most “enlightened” among us.

The solution? Knowing what they are up to is half the battle. You can then consciously choose to refuse the predictive programming, priming, and other techniques used to stage-manage your mind.

Nathaniel Mauka is a researcher of the dark side of government and exopolitics, and a staff writer for Waking Times .