What Is Directed Meditation and How It Can Alter Your Personality

We all know that meditation has a calming effect, but can it really change someone as a person? Let’s talk about directed meditation and its personality-altering effects.

In the Journal of Personality and Social Psychology, volume 27, pages 100 to 108, you will find the “…From Jerusalem to Jericho” section written by J.M. Darley and D Baston . In it, they wrote about the very famous, “ Good Samaritan Study ” that took place at the Princeton Theological Seminary.

In the study, they set up a series of talkers to visit different locations and give talks to the waiting students. Each speaker passed a man in the street who was slumped on a bench and very overtly groaning (seemingly in great discomfort). Only four out of the ten speakers stopped to see if the man was okay and/or try to help. The other six didn’t acknowledge him at all. The punch line was that all ten speakers were giving speeches about the virtues of the Good Samaritan. 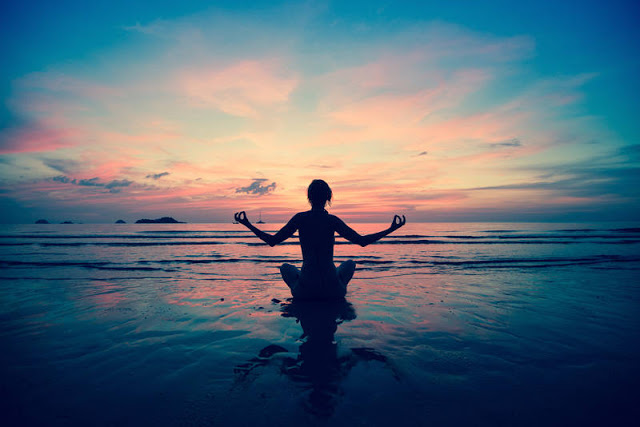 What is more telling, and maybe more disturbing, is that when the tests were repeated with different people in different locations, the pressure of time had a massive effect. The speakers were purposefully made late, and when the speakers were rushing because they were late, only one of them stopped to help the man. The fact they were in a rush made them worse people in some way!

What We Know About Meditation

We all know meditation has a calming effect and that directed meditation (i.e. not allowing your mind to wander, also known as guided meditation) allows for a fair amount of introspection, which doubles over as reflective thought and analysis. The lesser-known benefit is that it causes people to be in less of a rush . People that meditate are not specifically serine (outside of movies), but their psychological CPU is often kicked down a notch for a while.

If the speakers had meditated prior to their speaking engagements, would they have still passed the man in discomfort, even if they were late? Furthermore, would their later reflective (directed meditative) practice have helped them spot their error and their cognitive disassociation vis-à-vis their message and their actions.

What Does Directed Meditation Have To Offer?

Directed meditation is a way of falling into your own mind and selectively ignoring external stimuli as far as your natural base instincts will allow. It then involves a person directing their attention to an issue as opposed to allowing their mind to wander. Directed meditation is ancient; monks and Native Americans have been using it for generations to help them consider a course of action or issue. Buddhist monks have been using meditation for years to develop their mindfulness, their concentration, supramundane powers, to create tranquility, and to gain insight.

Why Call It Directed And Not Guided Meditation?

The reason is because the popular media and many online articles categorize guided meditation as effortless, but it really is not. As extreme examples, Gandhi and Lord Buddha did not spend so much time meditating for answers because it was easy! If it were easy they could have done it in an afternoon.

Ever notice how when you sleep on something that it usually doesn’t seem as bad in the morning? A similar effect is common with people that use directed meditation to reflect on things and find a solution . A person may easily wind himself or herself into a tizzy because they repeat the same cognitive circles. They think of an issue over and over again without finding resolution, and this leads to frustration and emotion.

When a person is able to reflect on an issue in a state as calm as directed meditation, then the feeling of emotion and frustration will still arise, but will be held in check by the relaxed state that meditation offers (a little like a psychological buffer zone).

Finding resolution isn’t about finding forgiveness and it is certainly not about finding acceptance. It is about coming to terms with something and adjusting your frame of mind and your emotions to deal with it. Think of such an issue like a permanently damaged tendon in your leg. You can lie in bed and allow it to eat away at the quality of your life, or you can learn to tolerate the pain, and even though you do not accept it, you learn to live with it and get on with your life.

Just to reiterate, despite the fact that meditation is easy, directing your thoughts to find solutions whilst meditating is not. Buddhist monks use meditating to develop mindfulness, their concentration, supramundane powers, create tranquility, and gain insight. They do not create insight through a sudden flash or an idea, it takes a lot of discipline to be able to block out the world and parts of your own mind so that you may communicate with yourself (or your deity) with absolute silence.

Think of it this way. A mind at meditative rest is like a calm pond, and your thoughts are rocks. The rocks drop into your pool and cause ripples. Stopping allowing rocks to fall into the water can be difficult, but with practice, it can be achieved. Directed meditation means thinking about an idea or finding a solution. In metaphorical terms, it is like trying to drop rocks in your pond without creating ripples. Directed meditation being used to find solutions, get ideas, or create insight is not as easy as many online articles would have you believe.

It only seems fair to mention the fact that meditation allows people to relax because it is a commonly known fact, just the same as how people know a warm bath or massage chair helps people relax. In the works of Elizabeth Monk-Turner, specifically in “The benefits of meditation: experimental findings,” In the Social Science Journal 40.3 (2003): 465-470, there is obvious evidence of the benefits of relaxation as a direct result of meditation.

Ally her work with that of Lance M Dodes with his groundbreaking work on addiction, and the benefits of meditative relaxation seem more powerful. It is quite possible that feelings of helplessness (Dodes) may be dissipated by meditation (Turner) so that a person is less likely to start an addiction in the first place. Add to this the fact that people are able to resolve issues whilst meditating, then it is even possible for current already-addicted drug users to tame their addiction with meditation.

Laura Jonson is a creative writer. Her field of interest is self-development. Now she is working for essay writing service AssignmentMasters. In the future, she is planning to launch her blog dedicated to self-improvement.